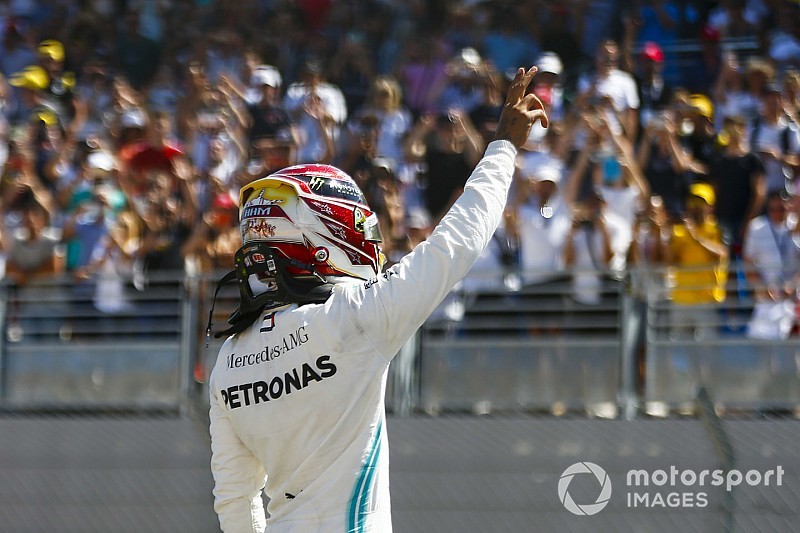 Formula 1 championship leader Lewis Hamilton says he headed into the French Grand Prix weekend feeling "crap", which was reflected in a couple of ambiguous social media posts on Friday night.

On the same day, the FIA summoned Ferrari to a hearing over the Italian team’s petition for a review into Sebastian Vettel’s Canadian Grand Prix penalty, which handed Hamilton the win in Montreal.

At 3am on Friday, Hamilton wrote two posts on Instagram, the first one of which read: "3am wide awake. Already feel like I know what's going to happen tomorrow [Friday]. So much hate in this world. No matter what, you can't hold a brother down! I will rise above it all, always."

After Saturday's qualifying, Hamilton explained that multiple factors had combined to leave him with “lots on my mind, it wasn’t necessarily about [Ferrari’s bid for a review], it’s some other things that were going on”.

Asked by Motorsport.com if he was worried about the reaction he would get for attending the memorial instead of being at the circuit, or something else, Hamilton said that “even if you feel crap, it’s not a bad time to say something motivational – and that’s where I was”.

“I think the weekend started off a little different,” he said. “We arrive usually on Thursday morning or Wednesday night. I got here on Thursday evening.

“We got through our programme no problem, but if you’re used to a normal four-day programme and you change it, it’s not always the easiest.

“It was definitely odd coming here knowing Ferrari was spending time focusing on something else.

“With my team, I would have them focusing on trying to improve the car.

“But then we came here, had that, and when I arrived and heard it was Karun Chandhok’s video that was the new evidence, then I was pretty relaxed after that, and I just put it behind me.”

Hamilton, who ultimately beat teammate Valtteri Bottas to French GP pole, referenced the boos he received at the previous race, saying that criticism spurs him on, along with the support he receives from trackside fans and those online.

He insisted that the Ferrari petition for a review – which ultimately failed – “wasn’t what kept me up” after travelling from Paris to Paul Ricard, in the south of France, on Thursday.

“I was tossing and turning and I was awake and when you’re awake, and you’re frustrated not being able to sleep, your mind rattles,” he said.

“Nonetheless I got really great messages from friends who naturally worry when I post something like that!

“It was kind of words of empowerment, how I sometimes get low and then I’ll fight through it.

“I got a lot of positive responses from fans, who said ‘I’m going through a difficult time right now but you just lifted me up’.

“That’s a great feeling when that happens. My friends did the same for me: lifted me up, I came in and had a good day yesterday. I came in today on a real positive.”