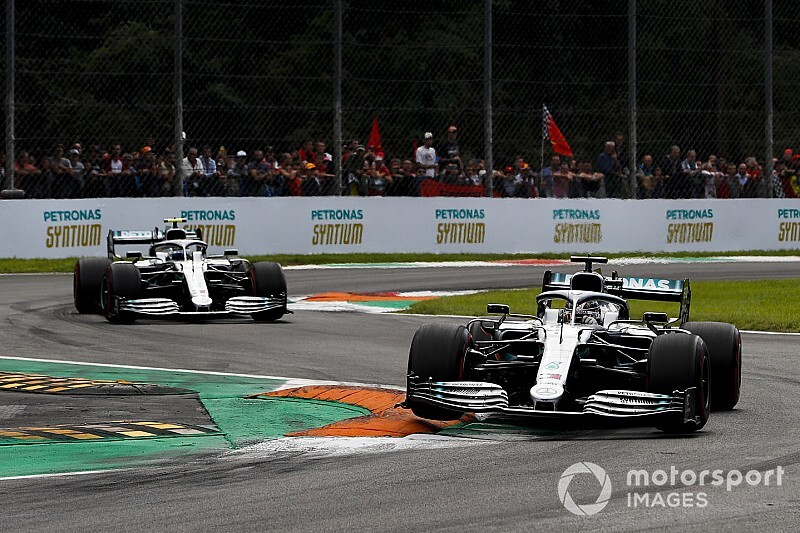 Formula 1 championship leader Lewis Hamilton believes he has become "more of a team player" compared to when he was younger.

Speaking to selected media including Motorsport.com, Hamilton acknowledged that his understanding of how to approach grand prix racing and how much risk to take has changed over the years.

"Now, the goal is to help the team get the most points and finish as high as possible," he said when asked how different his position is to drivers like Red Bull's Max Verstappen who have nothing to lose in title terms.

"When you're slightly further back, you're willing to take a little bit more risk to gain one extra position, and when you're in the lead, you're thinking long-term.

"When you're 21 to where you are now - so now I'm in the car, I'm thinking of how much space I have to give each driver, I'm thinking of the fact that I have 2000 people who make my car and they rely on me to make the smart decision and not be selfish and try to get that extra one spot - which would be good but it comes at a cost of potentially losing the team the constructors' championship.

"I think as I got older I've become more of a team player, more of an understanding of 'you can't win them all'.

"As a kid, you're like 'no, I have to win every single one!'. And I understand that it's a long game, it's a marathon not a sprint. And that philosophy for me, I didn't know that when I was 21 or 22 years old."

Hamilton's Mercedes team is on course to a sixth consecutive constructors' title, while the Briton himself has a commanding lead in his pursuit of a sixth drivers' crown.

But 34-year-old Hamilton says the streak of success has not made it hard for him to keep up the required commitment in F1, "because it's never perfect".

"If it feels perfect every weekend, then maybe after you think 'eh, what's the point?' But the fact is, it's never perfect. It's a constant chase for perfection," Hamilton continued.

"Look at some of the starts: in Budapest I had the best start, in Spa I had the second-best start, and there's other races you have the 18th-best start and you have to figure out why. There's always things to improve. That's just how Formula 1 is and that's what I love about it."

Hamilton says that the motivation he gets from striving to be better is enough to convince him that he wants to stay in F1 for quite a while.

"I love doing what I do. One or two years ago, it was more of a question of how long I would be going, but I'm enjoying it more and more, as I navigate through this beautiful thing called life, and position my life differently, and have these other things that I also get to enjoy.

"So, I'm excited for what's around the corner for 2021. Motivation-wise, it's easy, it's never ever been a question. But I'm excited to see the way the sport shifts. 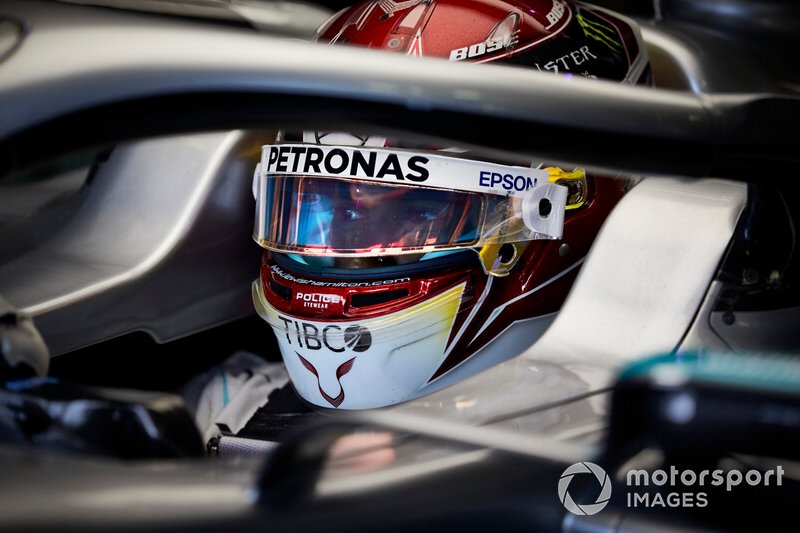