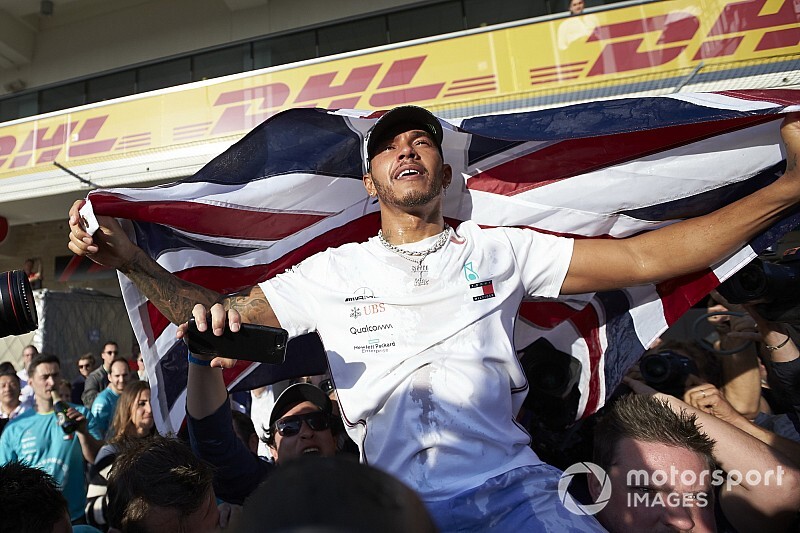 The Mercedes driver captured his latest crown with his runner-up position in Austin a fortnight ago, and he now stands just one title away from matching Michael Schumacher's all-time record of seven championships.

Having received a wealth of praise from many in F1 for his latest achievement, Hamilton says that he was especially touched by the way that some of his greatest rivals – like Sebastian Vettel and Alonso – paid tribute to what he had achieved.

Vettel went to see Hamilton after the race in Austin to offer his congratulations, while Alonso sent the British driver a text message.

"Recognition is not something that drives me, but it definitely is an honour when you have other drivers, particularly like Seb, that you respect so much for their ability [give it]," said Hamilton ahead of the Brazilian Grand Prix.

"Over the years you have commented on their ability, you have belief in their ability and you've then built a rapport that is constantly growing. And for them to take a moment and show that bit of respect is amazing.

"I got a text from Fernando as well, which was pretty amazing. I was really grateful for that. We have been through a whirlwind of experiences together over the years and, in all honestly, I have always had respect for what he has achieved and his ability, and also seeing his growth through his period of time at McLaren."

Hamilton and Alonso were teammates during a turbulent 2007 campaign at McLaren, which ended with his Spanish rival leaving the outfit at the end of the year.

And while Hamilton had his issues in the past with former McLaren boss Ron Dennis, he was clear how much he appreciated a message he got from him after Austin

"Seeing Ron's text, it really touched me inside," he said. "I met him when I was 10 years old, and he saw something in me that no one else did except for my dad.

"He gave me an opportunity to showcase my abilities and to learn and to grow. Without him, I most likely wouldn't have made it to F1. I would have fallen away due to a lack of finance and I would have been leapfrogged by a bunch of individuals who had more money to back them.

"So I am forever grateful to Ron and always have love for Ron. And I hope he feels some sort of pride. He said how proud he was, so I hope that he can share and feel that he is just as much a part of this as anyone."

Mick Schumacher drives Ferrari F2002 at Fiorano, ahead of auction