Strategy Report: How wet qualifying opened the door for Mercedes

James Allen analyses the Hungarian Grand Prix, as rain – this time in qualifying – once again came to help Mercedes snatch victory away from Ferrari.

There’s nothing quite like a wet qualifying session to make things interesting for a Grand Prix, and in Budapest we had just such a scenario.

It means everyone can choose their starting tyres; it opens up the strategic possibilities from the start, rather than only the cars starting outside the Top 10 having some fun with tyre choices.

In Hungary the rain caught out title contender Sebastian Vettel, as it had the week earlier in Germany, and swung it towards his rival Lewis Hamilton. The Mercedes driver started on pole thanks to the rain in qualifying with Vettel down in fourth. 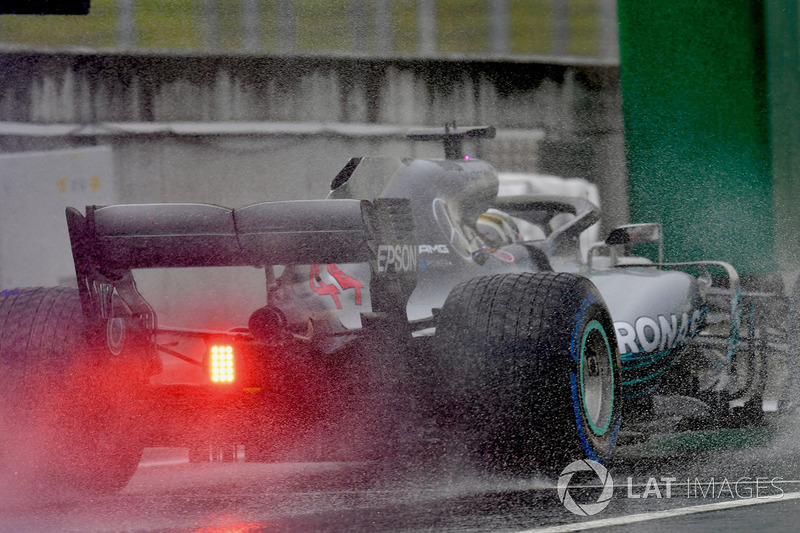 And what we saw on the hot and dry race on Sunday was dictated by clear air strategy – the imperative was to run in clear air and not in traffic (look at the Race History Chart at the bottom of this piece for a graphic illustration of it).

This is the dominant factor in Budapest and it is why Hamilton, Pierre Gasly and Kevin Magnussen all had great races and why Carlos Sainz lost places to the McLaren cars by being overcut. It’s also why Vettel struggled through to second place as a best case outcome. He just couldn’t make it happen for himself to get a run in clear air.

He almost managed it, but an overlong first stint and a slow pit stop brought him out behind Valtteri Bottas.

Without that he would have certainly been able to use the clear air to catch Hamilton in the second stint. Whether he would have been able to pass him is highly debatable given the struggle he had passing Bottas who was on much older tyres. But it would have made for an exciting duel. 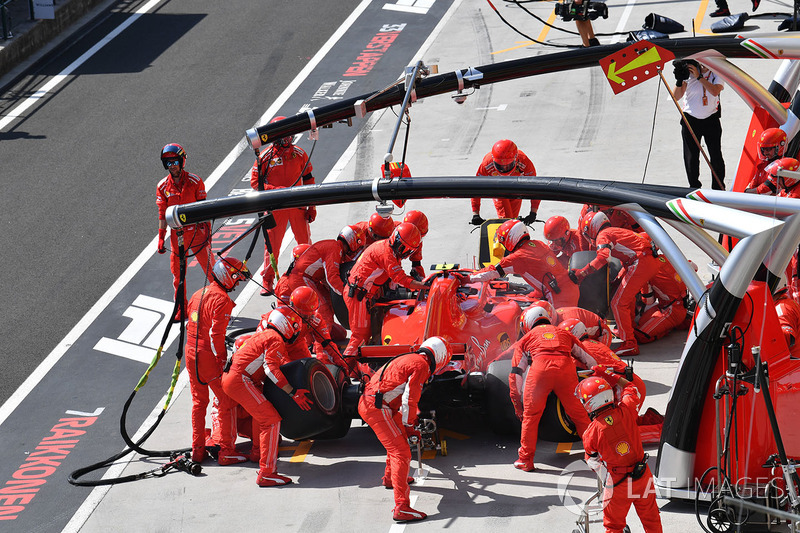 What was the effect of Ferrari’s split strategy?

As mentioned above the start of the race was fascinating as both Vettel and Sainz were outliers, they chose to start on the more durable soft tyre rather than the ultrasoft tyre that the others were running.

For Vettel it was a reasonable decision; the team put the better placed car of Raikkonen on the ultrasoft tyres with a mission to mix it with the front row Mercedes on the long run down to Turn 1. With Gasly and Sainz on row three of the grid behind him, Vettel could afford the small risk of less grip off the line from starting on softs, but would do his best to get any benefit from Raikkonen disrupting the Mercedes cars.

If all else failed and he was third in the opening stint – he would then be able to extend the first stint and use the clear air running later to catch and attack Hamilton at the end. A Safety Car could intervene, as has happened quite a bit recently.

The main risk with this strategy is the amount of time it takes to cut through lapped traffic, if the drivers in question don’t observe the blue flags. That certainly cost Vettel precious time here and his stint was probably a couple of laps too long. 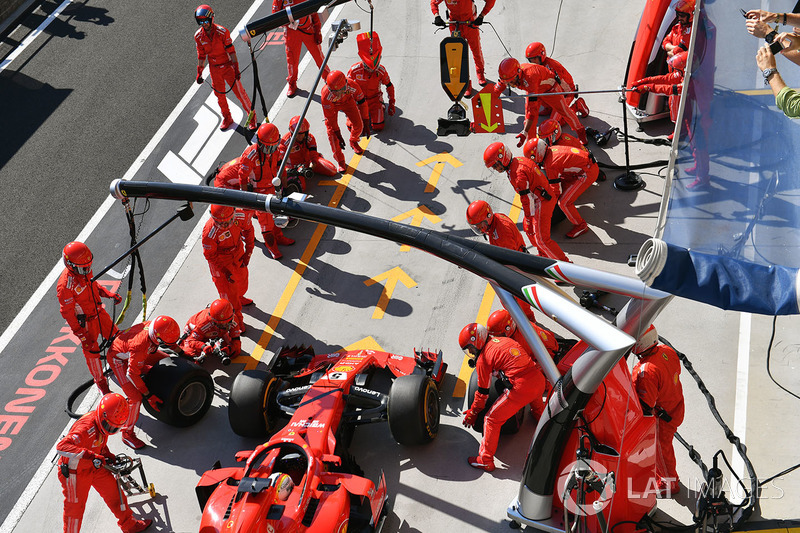 This all increased the pressure on the pit crew for his stop; it had to be perfect somewhere close to two seconds, in order to come out ahead of Bottas, who had been pulled into making an early stop by Raikkonen committing to a two stop strategy early. Interestingly Ferrari have tried this with Raikkonen on Bottas a few times this year, including Germany where the Mercedes team didn’t bite. Here they did and it opened the road up for Vettel.

But now with everything hanging on the pitstop, the execution wasn’t perfect and he lost 2.5 seconds, enough to come out behind Bottas. Ferrari’s first stop of the day with Raikkonen had been slow too, costing Raikkonen around three seconds and a position to Magnussen. 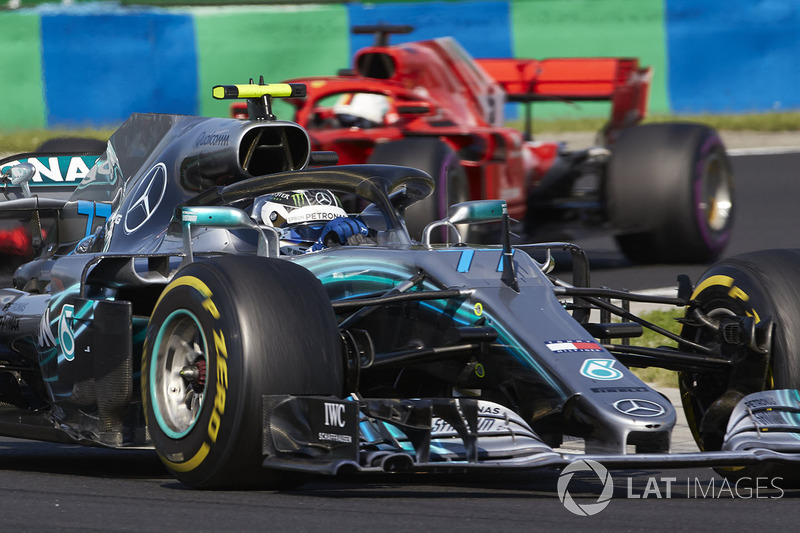 Bottas did a wonderful job of blocking Vettel from start to almost finish, something team boss Toto Wolff described as a perfect ‘wingman’ role for team leader Hamilton. That description could certainly be applied to Raikkonen, who has performed the role for Vettel and Alonso before him since his return to Ferrari. But it’s not how Bottas sees himself.

Either way the execution by Bottas was almost perfect – aside from an overly dogged defence when the cause was already lost, tapping Vettel’s rear wheel but without puncturing it, fortunately for the German. It broke Bottas’ front wing, however and led to a more costly collision with a charging Daniel Ricciardo at the end.

Raikkonen scored a fifth consecutive podium, despite a compromised strategy, a sign of how fast the Ferrari is. When he was running in clear air on softs and Vettel was stuck behind Bottas on ultras, Raikkonen’s relative pace showed that this was a winnable race for Ferrari.

But track position, plus Mercedes’ tactics, as much as any race strategy, won the day. And it all came back to that wet Q3 on Saturday. 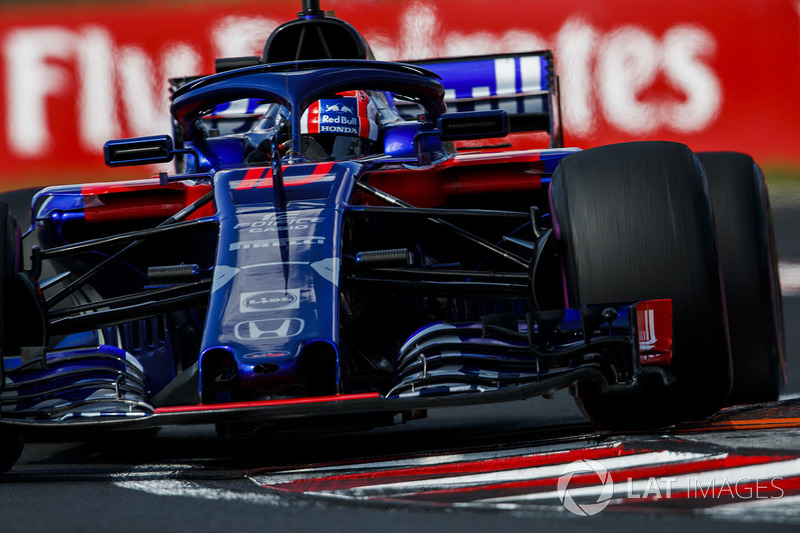 Getting it right in midfield

In Sainz’s case, starting on soft tyres from fifth on the grid was a mistake as he lost two places on the opening lap and effectively undid the good he’d done with his exceptional fifth place qualifying performance in the wet.

Contrast that with Gasly, who started sixth on ultrasoft and as the quick cars ahead drove away, he ran his race in clear air, while the cars behind all lost a second or more per lap relative to their potential pace, in traffic.

The pair’s skills in the wet qualifying had put them alongside each other on the third row of the grid, ahead of even wet weather specialist Max Verstappen. 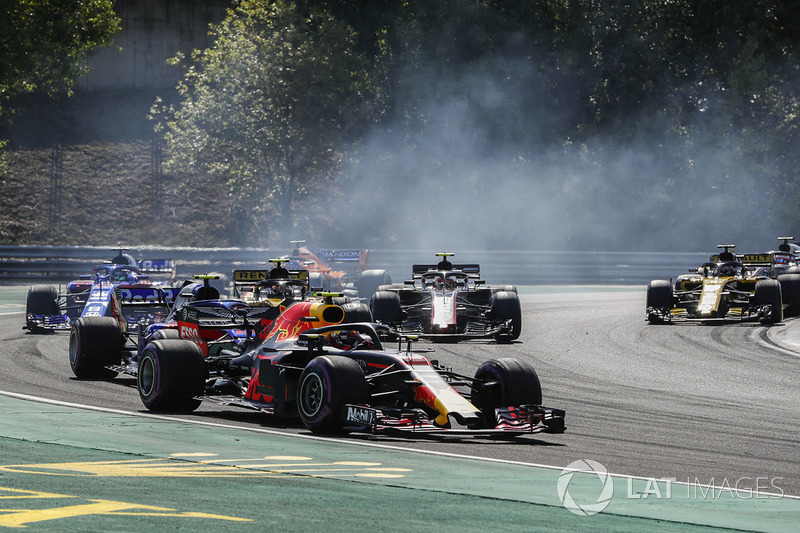 The Dutchman cleared them both at the start, but retired soon after with engine problems. Gasly was able to clear Sainz and run at his pace, while Sainz also fell behind Magnussen.

He pitted on Lap 25 but found himself being overcut by Alonso and Vandoorne, who went 15 laps further on their soft tyres in the opening stint. He finished ninth from fifth on the grid. 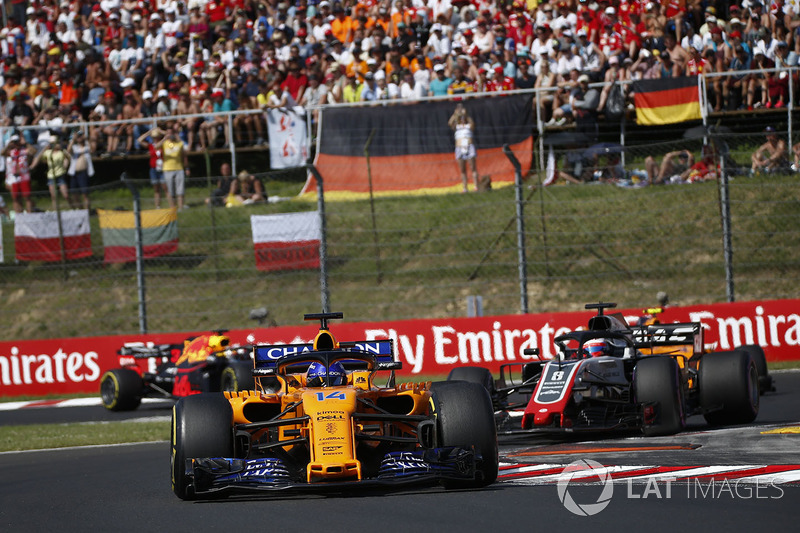 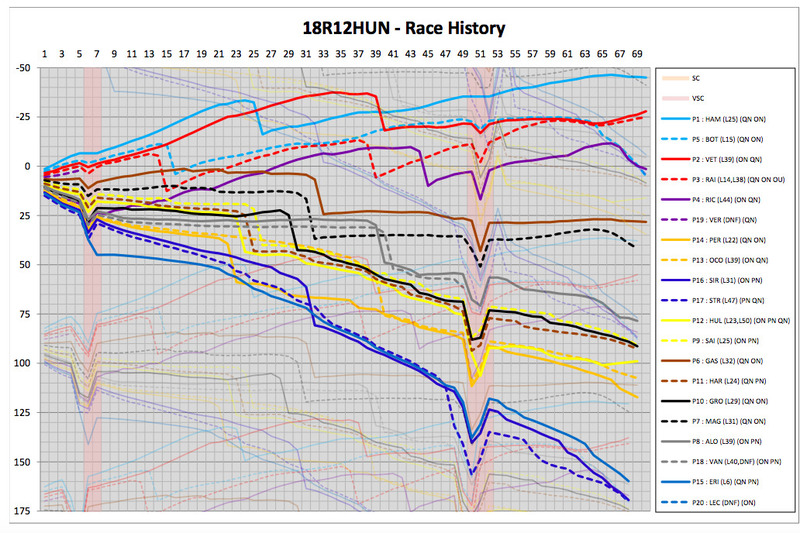 Look at how much more pace the cars running in clear air have compared to those in traffic. Hamilton, Gasly and Magnussen have clean races, for example. 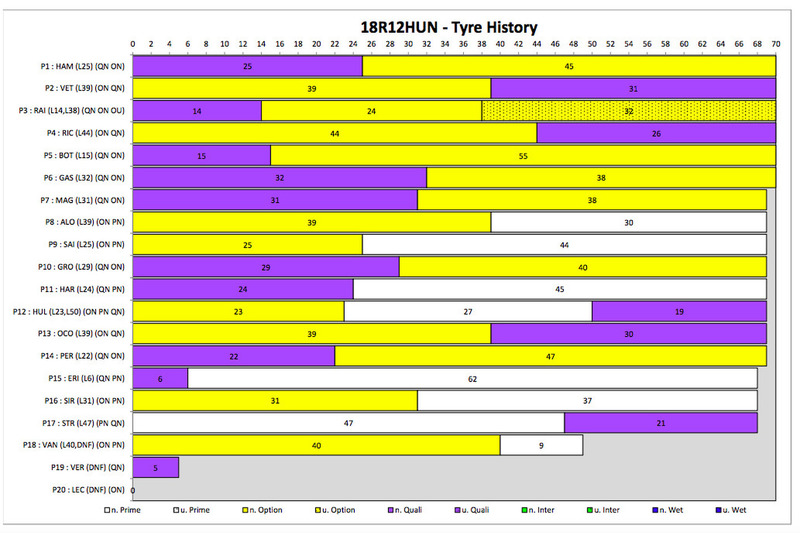