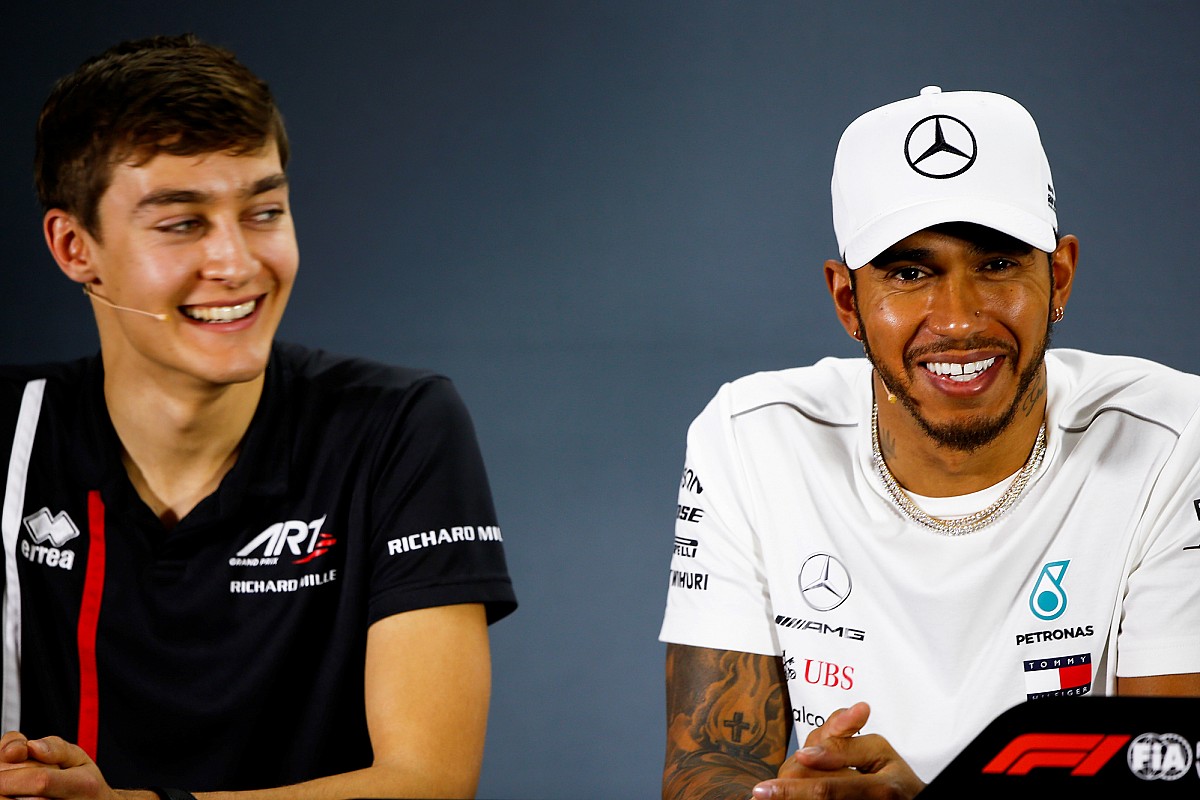 Williams Formula 1 rookie George Russell says he found it "refreshing" to watch Lewis Hamilton at Mercedes and discover his success is a result of an intense work ethic.

Russell, the 2018 Formula 2 champion, has signed a "multi-year" deal with Williams after spending last year dovetailing his racing commitments with the role of Mercedes reserve driver.

He told Motorsport.com that his position within F1's current all-conquering team gave him a new appreciation for how five-time world champion Hamilton conducts himself.

"There's a number of different perceptions of how Lewis's commitment is over the course of the year," said Russell.

"He's got a number of different activities he does and he's an extremely talented driver but when he comes to the track he will work his arse off to maximise everything – pushing the team in such an amazing direction, really motivating everybody.

"He's worked really hard at it, so that was kind of refreshing for me, that a guy like him isn't just relying on his talent and it just comes to him, he's out there working for it.

"I think that's something he's probably improved on as he's got older. He can't go out and rely on speed because if the car's not quite working, you need to be able to push the team forward in the right direction.

"I'm convinced that that's what he's been doing over the last few years."

Hamilton is Britain's most successful F1 driver ever, while only Michael Schumacher has more titles and wins to his name than the 32-year-old.

He combined his fifth world championship-winning season last year with a major move off-track by launching his own collection with US fashion giant Tommy Hilfiger.

Russell said watching Hamilton up close gave him valuable insight into more than just being a quick racing driver.

"I'm trying to excel in all areas," says Russell. "If you want to become world champion you cannot just rely on your speed on the track, or focus on that.

"There's so much more to F1, you're representing brands and have a number of sponsors who are helping you go racing.

"You need to provide something back for them so they help us develop the car further. It's a whole package and it's something Lewis is doing really well at the moment.