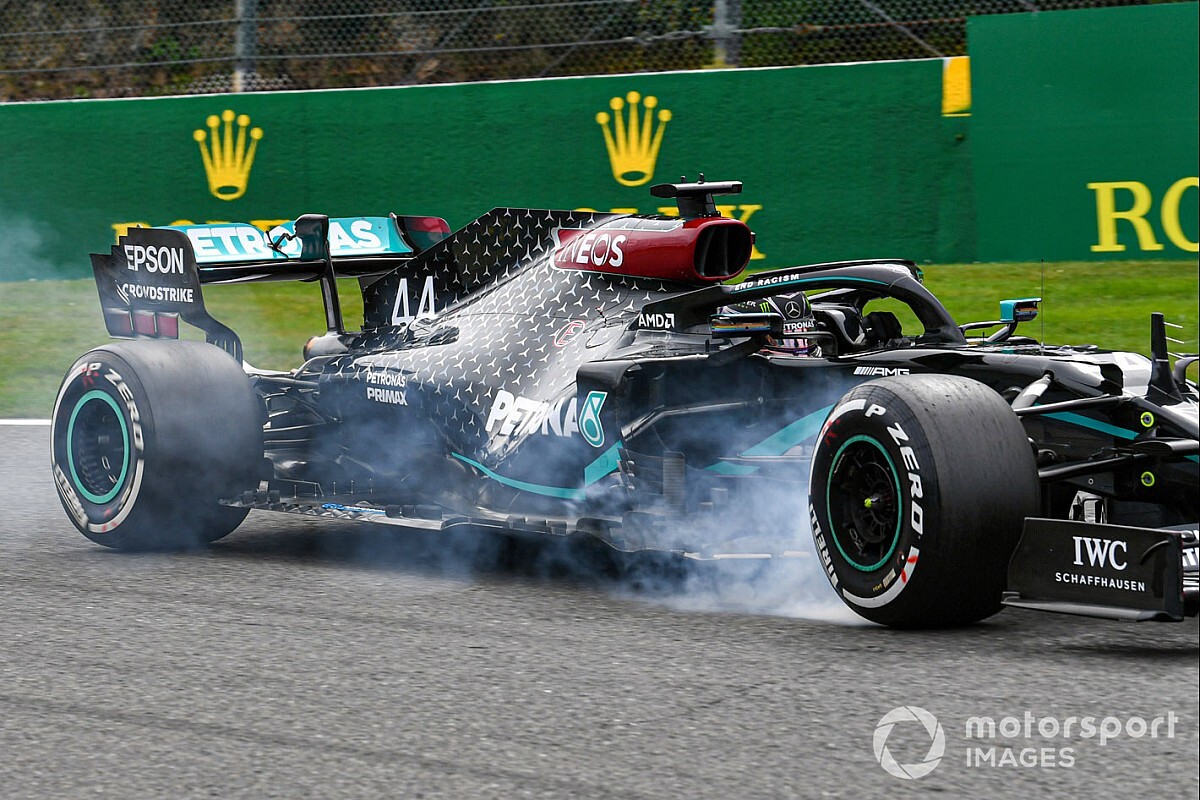 Toto Wolff feels Lewis Hamilton’s dream to have long-lasting, high grip Formula 1 tyres is a “physical impossibility” amid calls for Pirelli to make changes in the future.

Mercedes F1 driver Hamilton aired concerns about the current quality of Pirelli’s tyres following his Spanish Grand Prix victory, saying that fans did not want to see races based on tyre management alone.

Hamilton expanded on his comments earlier this week, calling on Pirelli to offer a tyre with similar grip levels to the hypersoft compound previously used, while also making the construction such that drivers could push with confidence.

Mercedes team principal Wolff acknowledged that Pirelli was in a “difficult situation” with its F1 compounds given the continued increases in car performance year-on-year.

“They need to cope with the level that we are developing a F1 car with more and more downforce, and they can’t really create a new product every single year,” Wolff said.

“I would wish in the future for a good compromise between having the right tyre for modern Formula 1 cars, which will reduce in downforce quite considerably, and I think that we will stop these discussions that are on tyre pressures and are on loads with Pirelli.

“I hope that it would be an easier job for them to deliver and supply a tyre that everybody is happy to race on.”

When asked about Hamilton’s suggestion, Wolff said that it was “probably a physical impossibility”.

Wolff added: “A tyre that has still that much grip and lasts for fifty percent of the race, that would be fantastic for the drivers. “I’m not sure it would provide a great show.”

The FIA has previously given Pirelli a ‘target letter’ with ideal specifications of what the tyre compounds should offer in terms of grip levels and durability.

A new target letter has been given to Pirelli for its 2022 tyres, which will switch from the existing 13-inch rims to 18-inch rims as part of F1’s technical overhaul.

Speaking on Friday, FIA head of single-seater matters Nikolas Tombazis recognised the task put to Pirelli in the past had been unrealistic.

"With hindsight, the first target letter did actually ask Pirelli to do impossible things, in terms of low degradation and being able to push all the time, but still having multiple pit stops and a crossover between tyres,” Tombazis said.

“It was, with hindsight, probably a bit setting goalposts where it's impossible to score. And I think we have to recognise that.

“But I think the work done with the initial 18-inch tyres shows that they are going definitely in the right direction.

"I think that the initial 18-inch tests were very promising. Hopefully we will get to a much better place in a year-and-a-half."

Binotto: Ferrari's Spa woes not just down to engine