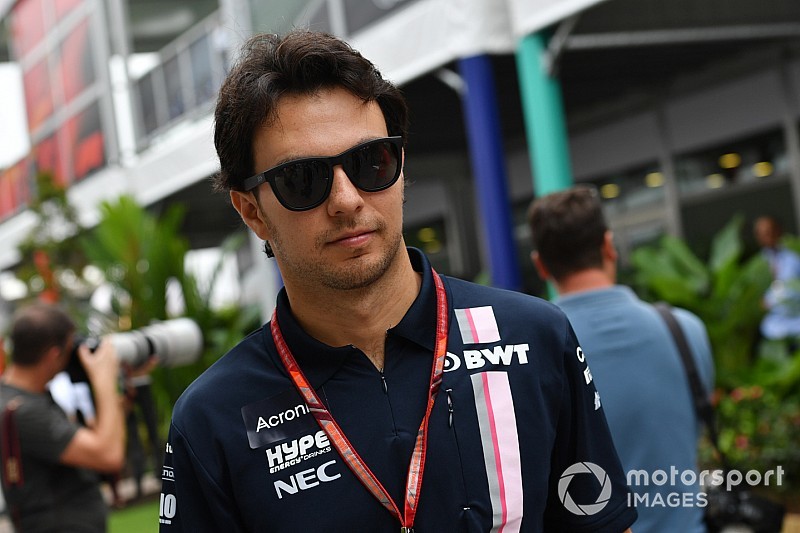 Perez and Sirotkin came to blows at the Marina Bay circuit after the Mexican swerved left into his Williams rival, following mounting frustrations about being held up by the Russian.

The crash earned Perez a drive-through penalty for his actions, although some suggested that such an unnecessary clash warranted tougher action and even a black flag.

But Whiting did not think that what Perez did was so bad, as he is sceptical that a driver would be so stupid to deliberately crash at racing speed.

“I haven’t spoken to him, nor have the stewards as far as I’m aware,” said Whiting. “But it’s hard to believe a driver would intend to hit a [rival's] car.

“He’d been trying hard to get past Sirotkin, and he looked a little bit frustrated, and I just think he misjudged how far in front he was in front of him.

For several laps before the collision Perez complained on team radio about Sirotkin breaking the rules by weaving under braking – but this was something Whiting had not noticed.

“He [Perez] complained about this happening in Turn 7 and Turn 14, and we didn’t see anything that gave us any trouble. Then he complained again, and we looked again, and frankly he simply wasn’t close enough.

“Sergey was maybe just being circumspect going into Turn 14, but as they were approaching the corner, just moved slightly left. It wasn’t as if Sergio was getting really close, he was a good distance back.

“I just said to them he’s going to have to get a lot closer if we’re going to start looking exactly what he’s doing under braking, because it really wasn’t an issue for us.”

Perez’s swerve towards Sirotkin reminded some of what Sebastian Vettel did to Lewis Hamilton behind the safety car in Baku in 2017.

But Whiting thinks the incidents were different, because Vettel’s actions took place at much slower speed.

“The safety car was out in Baku,” added Whiting. “You can say it was, I wouldn’t say safer, but less likely to cause an accident than when at racing speeds.

"But that’s a decision that the stewards took, and presumably they took that into account.”

How Ferrari went from favourite to nowhere in Singapore