Hartley: I have to remind myself to enjoy F1 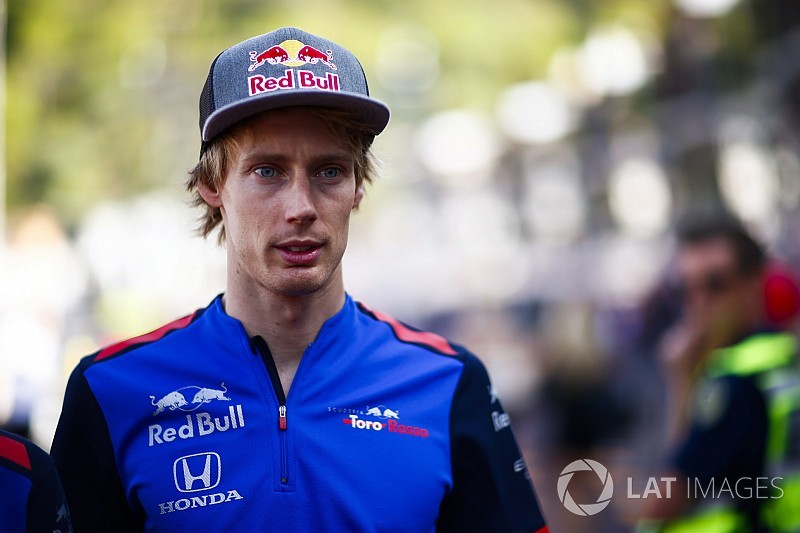 Brendon Hartley says he needs to remind himself why he enjoys racing in Formula 1 sometimes, but believes the experience is similar to being in LMP1 with Porsche.

That gave Hartley a surprise chance to move to F1 with Toro Rosso, contesting four races in late-2017 before being signed full time for this year.

He told Motorsport.com that there were "a lot of similarities" between Porsche and the Toro Rosso-Honda F1 team, but the individual pressure could be greater.

"There's a little bit more media on a week-to-week basis in Formula 1, so you feel like there's a few more eyes on you," Hartley told Motorsport.com.

"In some ways, it can feel like maybe more pressure in Formula 1 because you're one driver rather than three.

"I'm enjoying it. I do have to remind myself why I'm doing it and why I'm enjoying it, [because] there's a lot of pressure involved."

Hartley said top-tier sportscar racing was also high-pressure and contained the same need "to remind yourself why you do it".

He added: "It's very easy to get caught up in all the pressures that are involved in Formula 1 and to lose sight in the absolute pleasure and why we are all here.

"I think that's no different to any other sport when it becomes truly professional."

Hartley said last year when he made his F1 debut that he felt racing for Porsche in LMP1 was the "perfect preparation" for grand prix racing.

Although the technology that forms part of F1's current V6 turbo hybrid engine packages and those used by Porsche are different, Hartley has experience of how to use the electrical energy and also manage fuel and tyre use from endurance racing.

That has not yet translated into major results, with the Kiwi scoring just one point in Azerbaijan compared to his teammate Pierre Gasly's 18-point haul.

Hartley told Motorsport.com that missing the team's opportunity to score big points in Bahrain, where Gasly was fourth, was his main frustration.

"I know you could argue it wasn't the best start for me," he said. "But actually when I look back on the first three races, two of the first three I outqualified my team-mate.
"I'm really disappointed that in Bahrain I didn't capitalise when we had such a strong car.

"It's a constant learning process. There are moving targets in Formula 1 that are changing from a week-to-week basis, and constant updates."

Hartley looked a strong contender for points in Monaco in practice but was knocked out of the first part qualifying.

That meant he could not capitalise on Toro Rosso's strong pace in the principality, where Gasly finished seventh, and retired after being hit by Charles Leclerc while running outside the points.