Hartley: Plan to oust me started in Monaco

Ex-Toro Rosso driver Brendon Hartley has claimed that a plan to oust him from his Formula 1 seat was "in motion" as early as last year's Monaco Grand Prix.

Hartley's rookie full-season campaign in F1 was dogged by speculation he would lose his Toro Rosso drive, with Red Bull contacting McLaren early in the year over the availability of its then-Formula 2 driver Lando Norris.

World Endurance champion and Le Mans 24 Hours winner Hartley retained his seat to the end of 2018 but was replaced by Alexander Albon for 2019 within 24 hours of the Abu Dhabi season finale.

Writing in a farewell edition of his diary for The Player's Tribune, which documented his rookie campaign, Hartley revealed that he was convinced during the Monaco GP weekend back in May that there was a desire to remove him from his seat.

He described the situation heading into the Abu Dhabi race as "a little bit awkward" because he was uncertain over his future and the politics of F1 meant "everyone sort of walks on eggshells, and there isn't always clarity".

"An hour [after the race], I was summoned to a meeting," said Hartley. "And a few minutes after that, I was no longer an F1 driver.

"In the meeting there wasn't much said. It was clear to me then that from as far back as Monaco there was a plan in motion to move me on."

Questions over Hartley's future began on the Wednesday before Monaco, and he admitted that "the worst part of that day was finding out there was some truth to the rumours".

He said he was shocked to realise that "after a few races, there were some people, it appeared, who didn't want me there".

Hartley added: "I walked back to our apartment that night looking at the walls of the Monte Carlo circuit, knowing that, if I binned it, if I made contact with those walls this weekend, my F1 career might end in a few days.

"I knew every practice session carried more weight for me. Every laptime, every result was going to be under scrutiny and could be used against me to leverage my seat."

The Monaco GP was one of Toro Rosso's strongest races of the season, but while Gasly finished seventh Hartley failed to progress in qualifying and was taken out of the race while running outside the points.

It was the second time in the first six races, after Bahrain, Gasly made the most of an opportunity to land a big result, while Hartley would be limited to scoring just four points all season.

The New Zealander said he found himself thinking of his fellow Kiwi Chris Amon, a driver well known for his misfortune, during a season that included "hitting birds, being taken out on the first laps, engine penalties, suspension failures and other issues that weren't always mentioned in public".

Though Toro Rosso's competitiveness slumped, Hartley made best use of Honda's upgraded F1 engine to qualify sixth for its home race in Japan and finish ninth in the United States.

Hartley said he never lost the support of the Toro Rosso team members in the garage and left Abu Dhabi "proud" of his efforts in F1, thanking those who supported him through the year.

"I will miss it," said Hartley, who has no confirmed 2019 programme. I'd be lying if I said otherwise.

"The F1 door is definitely not closed and the experience gained from a year at the top of the sport means I will arrive more prepared and stronger for whatever opportunities come next." 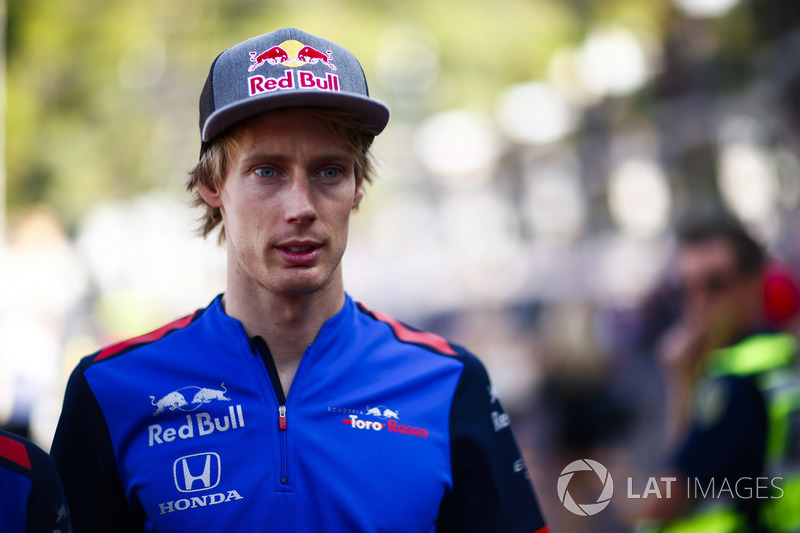 How Vettel can stop Leclerc destroying his reputation

Alex Bowman: "I’m not here to try to be Dale Earnhardt Jr."

Tsunoda has ‘question mark’ over AlphaTauri F1 car versus Gasly