Brendon Hartley wants to use Toro Rosso’s Formula 1 upgrade for the full Mexican Grand Prix weekend because it has given him “what I’ve been asking for all season”.

Toro Rosso introduced a new front wing and floor, along with some minor bodywork tweaks, on Pierre Gasly’s car in the United States last weekend but opted not to persevere with it because of limited dry running.

The update is on Hartley’s car in Mexico, where Gasly has a grid penalty, and the New Zealander was extremely positive about its impact after lapping sixth-fastest in Friday practice.

“I’m really optimistic about this,” he said. “In simulation it’s really small numbers, we’re talking half a tenth in terms of how much quicker.

“But the other side is the balance through the corners, and what it’s meant to be giving us is what I’ve been asking for all season.

“This aero kit is in the direction of what I’ve been asking for all season.

“I’m excited from that point of view, there’s a bit to be tested but today looks really promising. P6 seemed pretty genuine.”

Hartley explained that he was excited about what the upgrade could do for him last week, even though he only ever saw the data on the sister car and heard feedback from his teammate.

Hartley’s team boss Franz Tost also said on Friday in Mexico that the New Zealander needed to do more to keep his drive. 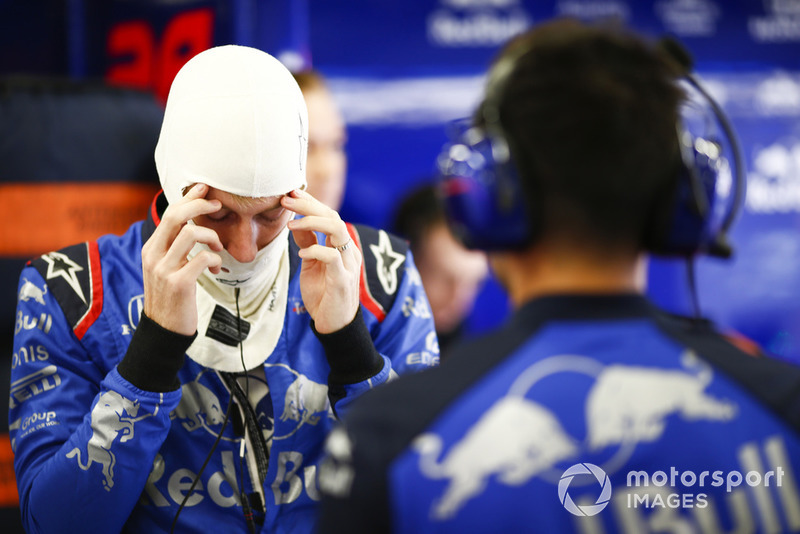 Brendon Hartley, Scuderia Toro Rosso, gets ready in the garage