Has Sebastian Vettel got his mojo back after his move to the rebranded Aston Martin Formula 1 team? Adam Cooper considers the impact of the German's move to the team formerly known as Racing Point.

Chatting to the media via Zoom during Aston Martin's launch on Wednesday, Sebastian Vettel was in an optimistic and positive frame of mind, making it clear that he's moved on from any disappointment at the way his Ferrari career ended.

That mojo phrase was used last year by Aston Martin technical director Andrew Green when speaking about what Vettel could bring to the team, and what the team could in turn do for him. But while Vettel may be an Anglophile, it's not a phrase that he's overly familiar with.

"The mojo term is not a German term, so whoever the guy mojo is, he doesn't exist in Germany! Maybe that's an easy way out of this question for me.

"Obviously last year, it's not a secret, at stages I wasn't at my happiest, so this year, I'm very much looking forward. It's a great group of people. The spirit is great, very enthusiastic."

Vettel spoke enthusiastically of Aston not being "about the fancy looks or the fancy expensive designer chairs in the office, it's more about the work that is done behind the scenes" and since making the mojo remark last year, Green is only more firm in his belief that "we can get Seb into the right place" having seen up close how the four-time world champion approaches his job.

"He's obviously a very, very likeable chap, but he's also incredibly knowledgeable and meticulous about the way he works, and that's exactly why we wanted him involved. We're already starting to see how we can adapt to his way of working. It's different to the way we worked before, but that's the exact reason why we got him in. It is to impart some of his knowledge and wisdom on us as a four-times world champion and that's exactly what we need."

Green says that the team isn't interested in what might have gone wrong at Ferrari - "we are a team looking forward" - and instead notes that Vettel "appears incredibly relaxed".

"He's integrated into the team very quickly," he says. "His contributions started immediately. 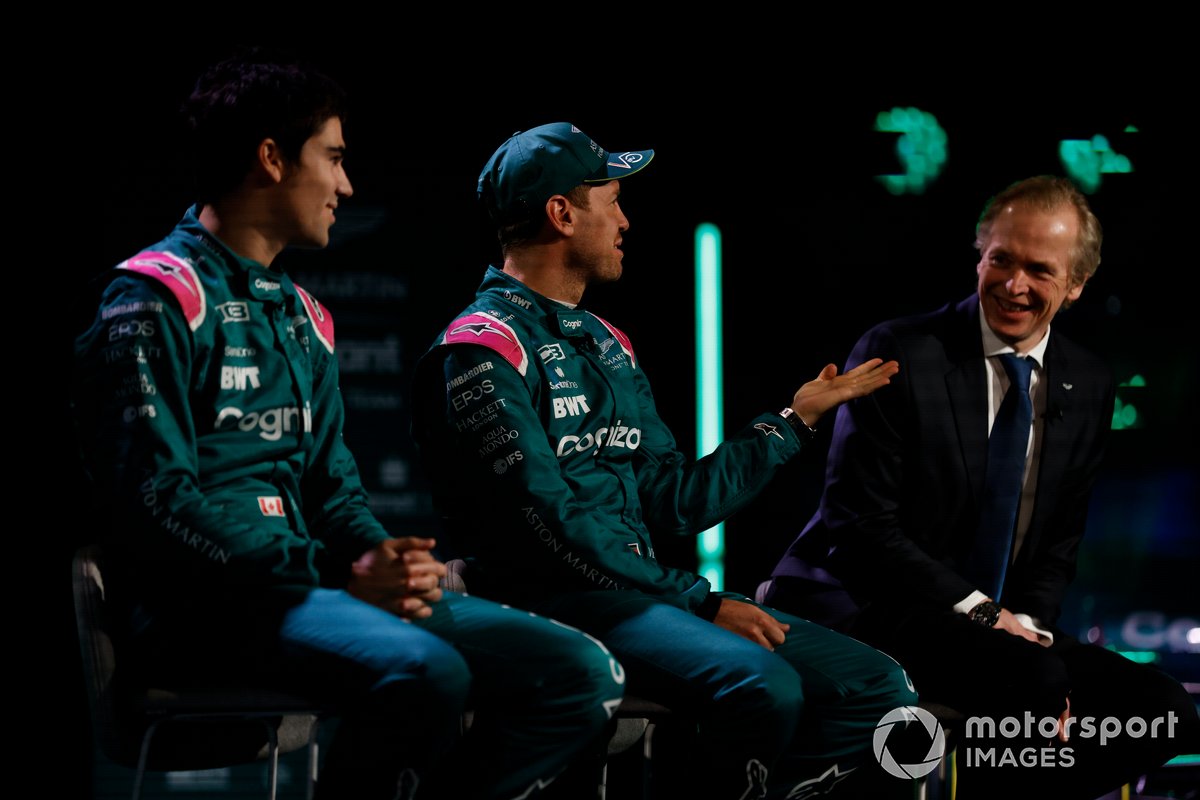 It's no surprise that the change of environment has proved to be a positive one for Vettel, given the deterioration of his relationship with Ferrari. Having joined the team in 2015 as its future saviour, Vettel mustered a victory in only his second start in Malaysia, but couldn't derail the Mercedes juggernaut. He was effectively displaced as team number one by the arrival of Charles Leclerc in 2019 and was told last summer that he wasn't required for 2021 before the much-delayed season got underway.

It didn't take him long to open up talks with Aston owner Lawrence Stroll, and a deal was quickly put together. However, he still had to see out the balance of the season in a difficult environment, made more awkward by the Maranello team's dive in form. At times even making Q3 was an achievement.

Vettel says he's "obviously not happy with how last year went in terms of performance, entirely my performance", but says he's now "very much at peace" with it.

"I know that it hasn't been to my standards that I mostly hold myself. I've never really cared what people think or say or write," he says.

Aston is a completely different world for Vettel. He did his deal directly with Stroll, owner not just of the F1 team, but also the sportscar manufacturer behind it. From the start he's been totally immersed in Stroll's ambitious plans, able to contribute insight and knowledge where he can, and made to feel that his presence is a key ingredient. That certainly hasn't been lost on him.

"People are very attentive and very welcoming," he says. "I think so far, it's been made very easy for me to integrate."

Clearly Vettel is much more relaxed this year. However, he downplays any suggestion that he will enjoy himself more simply because Aston is a less pressured environment than he was used to at Ferrari.

Racing Point built up some momentum over the past year to challenge McLaren for third in the constructors' standings, with Sergio Perez taking victory in the Sakhir Grand Prix, and the future offers real promise as the budget cap levels the playing field and a new rules package for 2022 creates a reset. There is a genuine sense that the team can challenge for titles, and being part of that process of creating a winning package is hugely motivating to Vettel.

"I don't think there's always a link between pressure and enjoyment," he says. "I think you can enjoy a lot when you're under pressure, in fact, I put a lot of pressure and expectation on myself.

"So in that regard, nothing changes, the satisfaction you get when you when you cross the line, and you've done a good job, you are your first and best judge. So that hasn't changed, I don't expect it to change.

"I'd be very happy to have tons of pressure and be able to fight for the championship. That's ultimately what I would love to do. Obviously, for us this year, it's a different situation to be in. I think it's a great challenge and we accept that and we want to master the challenge and hopefully come out better than what we thought.

"So the best way of doing that normally is to go step-by-step and focus on the things that are right in front of you, not getting disturbed by the big picture." 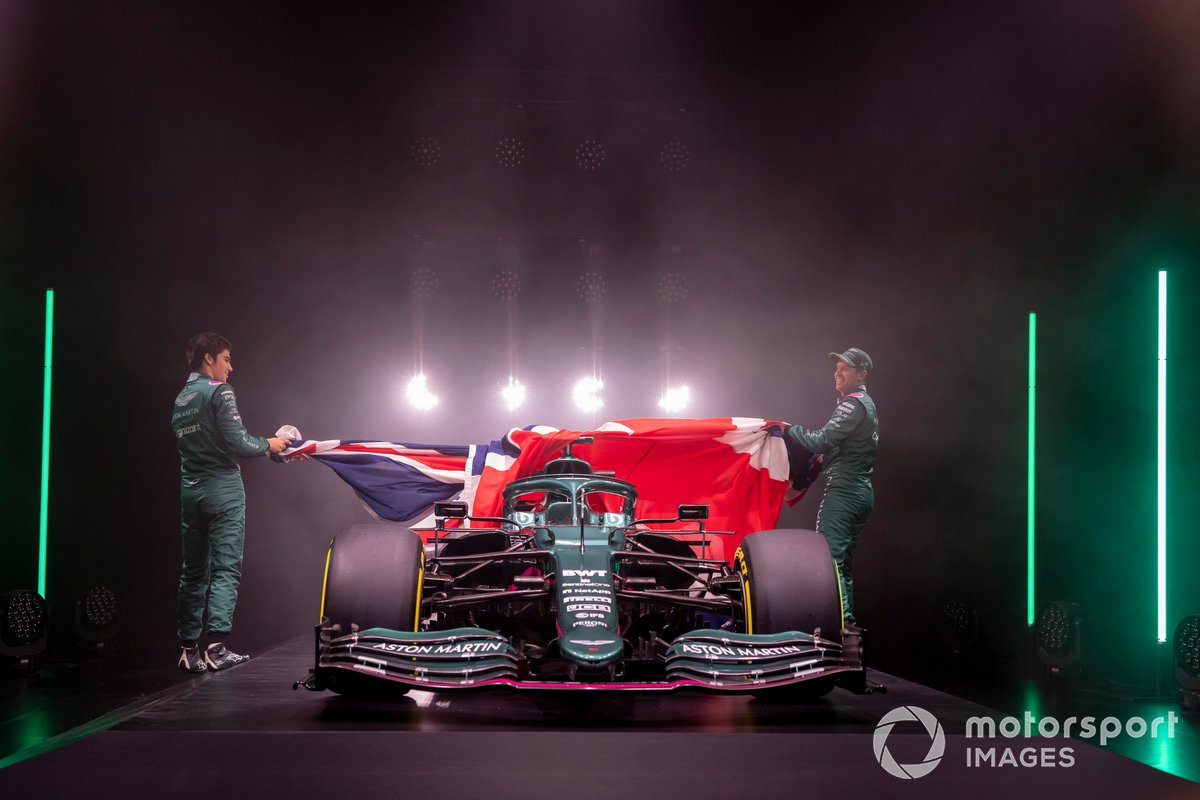 Should Aston Martin be in a position to challenge for titles, Vettel could be in line to join Juan Manuel Fangio (Mercedes, Maserati, Alfa Romeo, Ferrari), Jackie Stewart (BRM, Matra, March, Tyrrell) and Alain Prost (Renault, McLaren, Ferrari, Williams) by winning a race for a fourth different constructor (only Stirling Moss has won with five). A fifth title would perhaps lead people to reassess his place in the history books, however Vettel insists that he's not out to prove a point to anyone other than himself.

"Not interested in what people think," he repeats. "I think it's more about making a point to the team, to myself, rather than the people.

"Our world is moving very fast. And the world has to move on, fast or quickly, which is healthy and good. Otherwise, you will always be stuck in the past and you will still pray to Juan Manuel Fangio as the Lord and the Saviour of all racing drivers.

"I think no doubt he was very, very special. But if you ask a 15-year-old now who is Juan Manuel Fangio? I don't think they know. And that's good, time will move on.

"And especially [compared with] nowadays, probably Fangio had a longer legacy than any one of us will ever have, independent of the amount of wins and so on. And that's good. It's good to move forward and to move on. So I'm pretty sure that when I say goodbye to F1, I will be forgotten very quickly. And that's okay, I think that's healthy.

"So that's why I'm also not too bothered about proving a point to people, and really just focusing on my own bit, which right in front of me is myself. Hopefully doesn't sound too egoistic and arrogant, but it's myself and the team around me.

"You're always judged on the last couple of results, you can come from nothing and be a hero by having a couple of good results. And we can have, in my case, more than 50 wins on your side, and people think that you're just average. So that's how it goes."

Porpoising like a "virtual barrier" to Aston Martin's F1 progress

What Miami F1 hype will and won't change for British GP