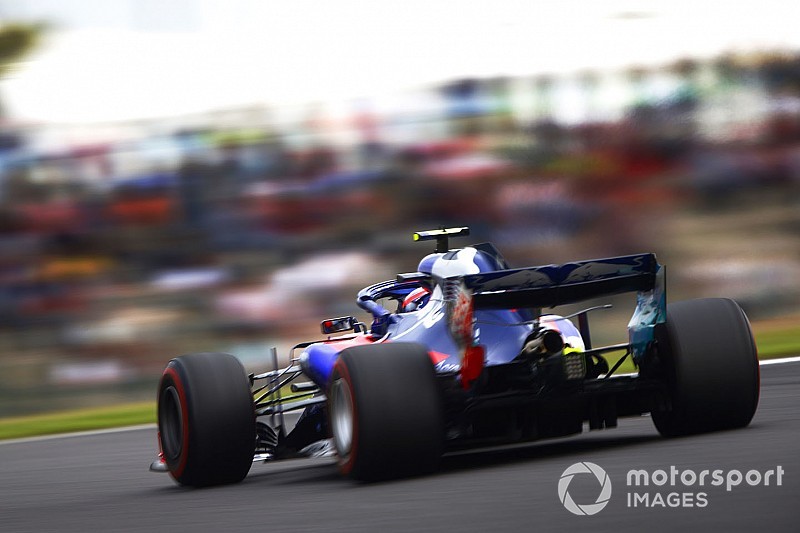 Honda believes it has made a "big improvement" with its upgraded Formula 1 engine after the gremlins that made it delay the new specification until this weekend’s Japanese Grand Prix.

The Japanese manufacturer's updated engine was used in practice last week in Russia but Honda opted not to continue after recording some irregular behaviour on track.

This was related to the driveability of the engine, which suffered from higher than expected gearbox oscillations.

Honda worked on the engine back at its Milton Keynes base in the United Kingdom, where it has the necessary gearbox equipment, and just days later it is impressed by the results from Friday practice at Suzuka ahead of its home F1 race.

"The latest version of our PU, which we first used on Friday in Sochi, has produced encouraging data today," said Honda F1 technical director Toyoharu Tanabe.

"It's a big improvement and validates the tuning work we carried out on this new PU since Russia."

Motorsport.com understands that a software change has allowed Honda to better manage the oscillations from the gearbox and stop them being so aggressive.

Last week in Sochi both drivers were suffering from unpredictable torque delivery.

This was not to the same degree of the problems suffered by McLaren in 2017 pre-season testing, where Honda's engine was suffering extreme oscillations that prompted odd gear changes to avoid the problem.

Pierre Gasly said the torque delivery "is much better this weekend", while his team-mate Brendon Hartley ended Friday 10th fastest.

Hartley said: "It was very clear in Sochi that we had some work to do on a few areas of mapping and already there's been a really good step here in Suzuka.

"There's no doubt there's more power. And they improved all the mapping deficits we had in Sochi. A lot of those have moved a big step in the right direction."

Toro Rosso team principal Franz Tost declared it must make the top-10 shootout with the upgrade.

Honda's confidence that it has the engine oscillations under control will play a key role in it being able to maximise the engine.

Improved driveability will mean more performance over one lap and over a stint, while less aggressive gearbox oscillations will lower reliability concerns.

Gasly, who missed most of FP2 because of a fuel system problem, admitted the engine was still being run safely.

He said what was possible in qualifying at Suzuka would depend on "what setting we can have".

"I think in terms of spec it's probably not much better than the spec we had in Sochi, but I think we can be a bit more aggressive with the settings and the mapping and extract more.

"I don't know if it's one tenths, one and a half, or two tenths. Hopefully it will be clear enough to see it on the laptime."