Honda checking if engine upgrade can run in Japan 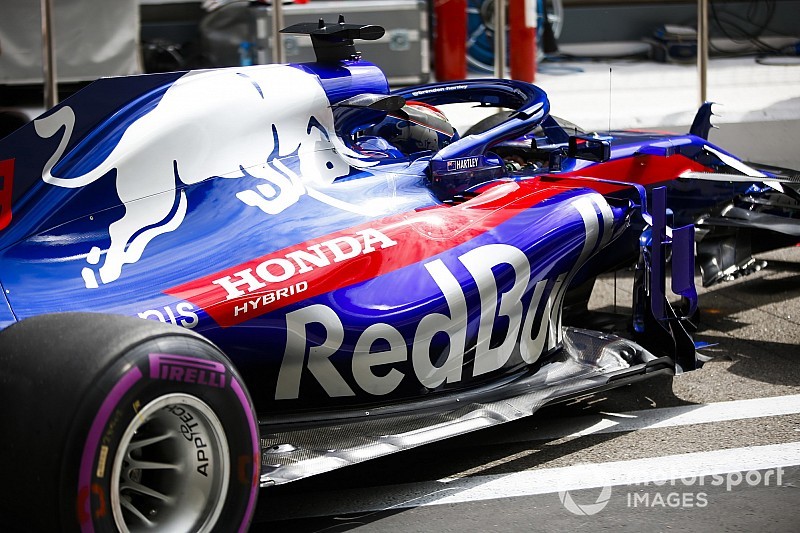 Honda will test its upgraded Formula 1 engine to make sure it can be used in this week’s Japanese Grand Prix after deciding not to race it in Russia.

The Japanese manufacturer introduced its latest specification in Friday practice at Sochi to the delight of its Toro Rosso team, but reverted to an older spec for the rest of the weekend.

This was a precautionary measure after Honda discovered some "unsuitable behaviour" when the engine was run on track.

It is confident it will be able to re-introduce the upgraded engine, penalty-free, for its home race at Suzuka but will not know for certain until later this week.

"We plan to have a dyno test with the new spec and then we will try to optimise our calibration.

"Then if the level of optimisation is suitable for the race application, we will decide yes or no [if we use it]."

Motorsport.com understands that the engine suffered from higher oscillations than expected when it ran on track, which mainly compromises driveability.

All engines experience oscillations on track but they can be exacerbated if incorrectly calibrated against frequencies from the chassis itself.

Honda suffered an aggressive example of this year early in 2017 with its revised engine design.

In the current situation, Honda believes it will be able to make the necessary calibration improvements in only a few days.

"It's not very easy but not impossible to optimise the calibration," said Tanabe.

Honda's upgraded was lauded by Toro Rosso and its drivers in Russia, with team principal Franz Tost declaring it had move it in front of Renault in the engine pecking order.

Tanabe would not comment on that comparison but said he was satisfied with Honda's progress.

"The simple and easy one is power," he said. "We see some improvement as we expected. That's the main item which we found this weekend with the new unit.

"We're happy to introduce a new upgraded spec here for Friday. We're not so happy we needed to change and step back the spec for Saturday and Sunday.

"We see some positive performance with the new spec. It's actually a negative, but to us is a positive, [that] we found some areas we need to improve for race application.
"That's why it's 50/50!"

Switching to an older spec during the weekend also gave Honda an unexpected opportunity to do a like-for-like comparison between the engines.

Tanabe said: "Yes. Not only for maximum power, but also low-speed areas. There are many areas we got information from this weekend at the same track."

Verstappen's early laps in Russia "like a wet race" - Horner