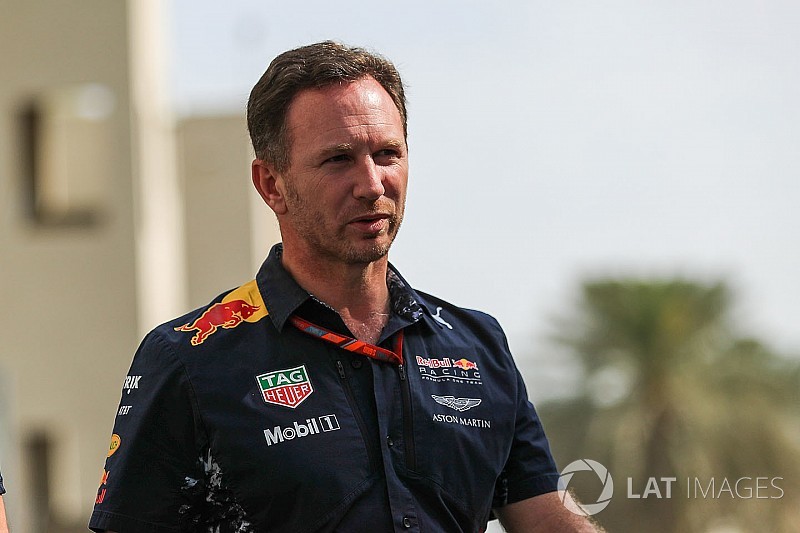 Red Bull team principal Christian Horner says that the decision to switch from Renault to Honda power for 2019 was purely technically driven and "pretty clear cut".

Red Bull had insisted that it would wait for a second outing for Toro Rosso with the updated Honda engine in France, but the team ultimately chose to follow a deadline set by Renault and made a call before the Paul Ricard event.

Renault's Cyril Abiteboul hinted today that Red Bull's decision was not made solely for technical reasons, although Horner is adamant that it was.

Horner admitted that the team had decided to make its call earlier than originally planned, after pressure from Renault.

"We decided that based on the information we had from Montreal – our decision, driven by engineering, was pretty clear cut in the end," said Horner.

"So we felt that rather than things getting delayed, or taking further time, and Renault were also very interested to have a decision as soon as possible to get their own plans in place, so therefore we decided that the timing was right to make that commitment, make that decision, and hence the announcement today."

He added: "We've been in a privileged position to have a front row seat to monitor the progress of how Honda have been getting on in our sister team at Toro Rosso versus our own power supply.

"It's been great to see that progress. We've come to the conclusion that Honda are making good strides, good progress on both performance and reliability, and therefore we've made the difficult decision to change power units after 12 seasons to something new for 2019 onwards."

Horner made it clear that he expects the team to be in a winning position with Honda, and able to take on Ferrari and Mercedes.

"Our determination as a team is to keep closing the gap to our immediate competitors.

"We've been trying to do that over the last couple of years, and of course the power unit is a vital element within an F1 car, and we're confident that Honda have the right infrastructure, the right resources, the right technical capacity and determination to help us in our quest to reduce the gap to the teams ahead of us, Ferrari and Mercedes."

He acknowledged that having both Red Bull and Toro Rosso aligned with Honda would create clear benefits for all concerned.

"I think the relationship with Toro Rosso has been extremely useful to Honda.

"Of course Red Bull Technology have an involvement with Toro Rosso through the supply of transmission and so on, so of course there are synergies there, and it only helps create further synergies between the two teams by having both powered by the same power unit.

"So yes, there are definite benefits from common supply, both for Honda, and for Red Bull's activities in F1."

Horner insisted that RBR not given up on achieving further success with Renault before the end of this season.

"We're very much focussed on the 2018 world championship, we have an outside chance in both championships, we've won two Grands Prix so far this year, we're third in the constructors' championship, and there's a long way to go.

"So we're going to be pushing all the way to the finish, and we're going to be relying on support from Renault to the end of the year, which I'm sure they will give unwaveringly, as they have done during our previous 11 seasons."