Gasly to get Honda engine change for Hungarian GP 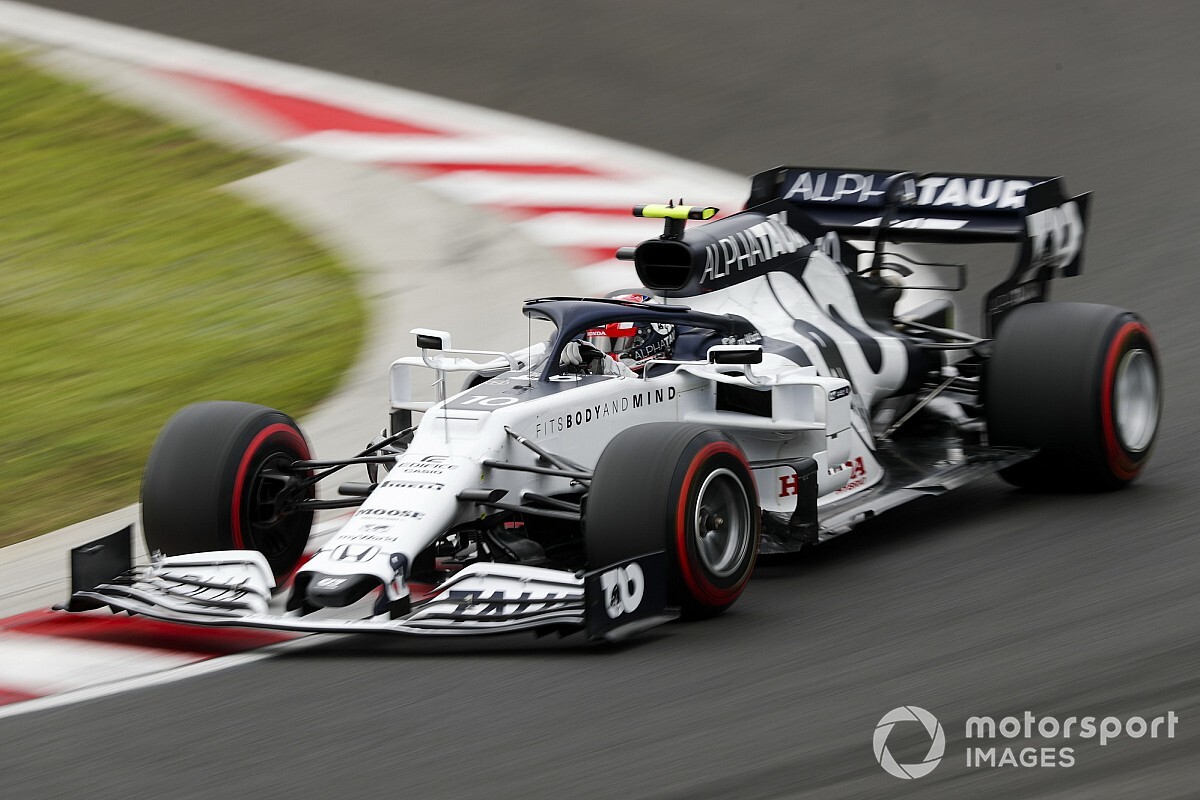 Honda will change the power unit in Pierre Gasly's AlphaTauri Formula 1 car after recurring issues through qualifying for the Hungarian Grand Prix.

Gasly will line up 10th on the grid at the Hungaroring on Sunday, but was left managing an engine issue that hindered much of his running through qualifying.

The Frenchman was heard reporting losses of power on his engine in Q2, but was informed by the team it "cannot fix the problem in this session, so we have to live with it, or try to push to get through".

While Gasly made it through to Q3 in 10th place, he lost his final Q2 run as a result of the issue and was unable to set a time in the final stage of qualifying.

Honda has now revealed it will undertake a complete power unit change on Gasly's car "to avoid any further risk".

Gasly will face no penalty, as they will be his first power unit component changes of the 2020 season.

"From the end of Q1 or the start of Q2 especially, we started to have massive cuts on power," Gasly explained when asked about the issue by Motorsport.com.

"Initially it happened only on the out laps, when I was recharging the batteries. [I was] going like full throttle, and just having these big cuts, so I could not synchronise the gears and warm up the tyres properly.

"On my fastest lap, the engine cut at the end of the main straight. We lost a bit of time there, then after the rest of the lap was OK. Then in my second one, I could not go fast enough to achieve from fourth gear onwards.

"We had all this big lag and cuts which got worse and worse. So we had to abort the session because when I started the lap, I had no power left."

While frustrated that he was unable to set a time in Q3, Gasly said he was surprised to have even made it through to the final session at the expense of some quicker cars from Red Bull and Renault.

"I don't think there was any more today even if I would have done Q3," Gasly said.

"I think at the moment we're even surprised to make it with the two Renaults and one Red Bull behind us. [That] really was the the maximum we had for for today because McLaren is too fast. Ferrari and racing point were ahead of us. think that's that's where we are over one lap.

"We know in the race it's also a bit more difficult for us, compared to to the to the Renaults. Especially so we knew that the grid position in Budapest is is crucial. And that's what was really important to qualify as far up the grid as possible.

"I really hope we can we can manage to get some points tomorrow from this position. But at the moment, we know that Renault is slightly faster and I was slightly out of the top 10."

Verstappen says "something is not working" in Red Bull's car

Racing Point not ruling out team orders in Hungarian GP