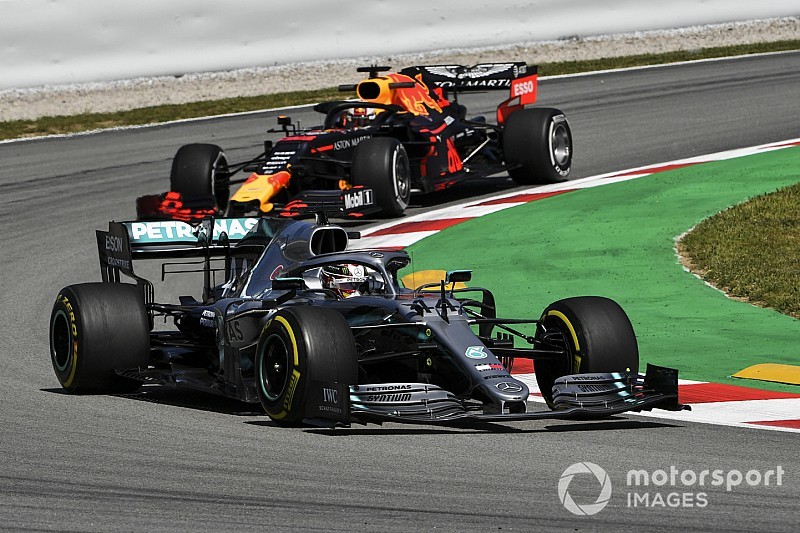 Honda's progress in Formula 1 this year means the Japanese manufacturer's target should now be on beating Mercedes in the power stakes, reckons Red Bull's Pierre Gasly.

With Ferrari widely believed to have the best engine in F1, Gasly thinks that Honda's step forward in 2019 means it is now within reach of Mercedes – which once had the benchmark power unit.

Asked how far behind Mercedes Honda was, Gasly said: "Not too far. At the moment, Ferrari clearly stands out in terms of straightline speed. The one we need to target, Mercedes, is sort of more or less in the middle."

Gasly has praised the progress that Honda has made over the winter, having used its engine for his debut season with Toro Rosso last year.

"Quite a big step, I would say in every area," he explained about the differences from last year to this. "Performance wise we have quite a lot more than we had last year. Reliability, things run pretty smoothly since the beginning of the season for us, so honestly everything is improved.

"For sure, there's still quite a step especially compared to Ferrari that are clearly the fastest down the straight, but we know they keep pushing and more performance will come also from the engine."

But while the differences between F1's engines have closed up this year, McLaren's Carlos Sainz believes that Ferrari is now a "good step ahead" of all the other manufacturers.

Reflecting on the jump that his Renault engine has made since 2018, Sainz said: "I think Renault has made progress definitely in terms of power.

"You see pretty much in every track this year we are closer to the top. But there is still one engine that to me is excelling, which is the Ferrari engine in qualifying mode. It is still a good step ahead.

"Renault have made progress on the power side, the new [upgraded] engine is supposed to be progress on the reliability side which is where we probably at the weakest. But hopefully we will keep moving forward and bringing steps. But compared to last year we definitely have more power."