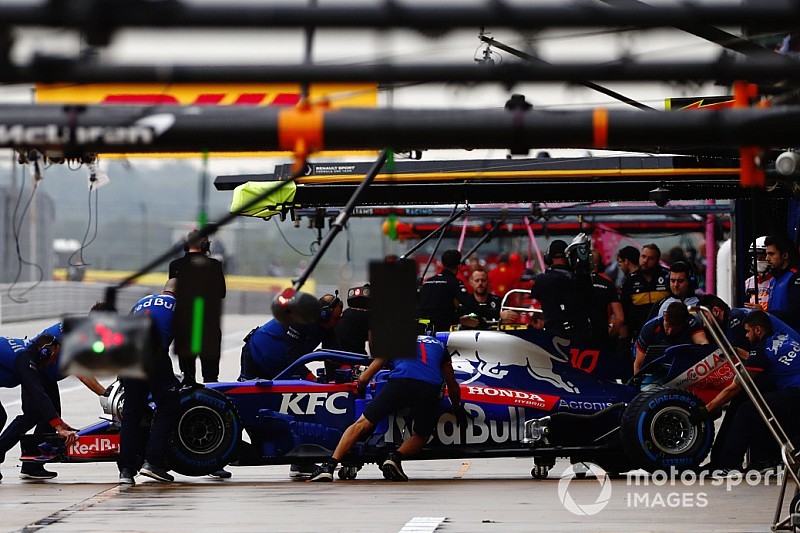 Honda has confirmed both drivers will use new engines this weekend, having opted to make "minor modifications" to the upgraded specification that made its race debut at the previous grand prix in Japan.

Gasly will drive with the engine in Friday practice while Hartley will use an older one and take the new engine for the weekend – as the changes involve multiple elements, both drivers will have to start from the back of the grid on Sunday.

Honda rolled out its upgraded engine in Russia but benched it for the race weekend after recording bigger gearbox oscillations on-track than it expected.

It made calibration changes to solve that problem and the engine made its full-weekend debut at Honda's home race in Japan a week later.

The upgrade played a key role in Toro Rosso enjoying its strongest qualifying session of the season, but Honda's analysis after the weekend revealed some issues that are unrelated to those oscillations.

Honda has made physical changes to the engine to solve the new problem, although its performance spec should be considered the same as before.

"On both cars, the new units will feature minor modifications to the specification when compared to that used in the Japanese GP," said Honda F1 technical director Toyoharu Tanabe.

"After examining the power units used in Suzuka, we had some concerns and so we have decided to make these changes, which we believe is the best strategy for Scuderia Toro Rosso for the remaining races of the season."

The changes will take Gasly and Hartley even further clear of their rivals for number of engine components used this season.

Hartley will move onto his eighth V6 combustion engine, turbocharger and MGU-H of the year (the penalty-free seasonal limit is three) and his seventh MGU-K (drivers are only meant to use two of these in the same year).

Gasly takes his seventh V6, turbo and MGU-H respectively and his sixth MGU-K.

Those tallies mean the Toro Rosso drivers have used double the number of engine components as their fellow drivers this season, although Honda is being more tactical and experimental than other manufacturers.

It has introduced fresh components when drivers have been due to start near the back anyway, while Honda has also made it clear it wanted to use the remaining races of the season to trial new ideas ahead of 2019, when it will supply Toro Rosso's senior team Red Bull.

Ferrari not a team in disarray, insists Arrivabene

Kubica would be a "fantastic" teammate to Russell - Williams