Red Bull Formula 1 boss Christian Horner says the latest Honda engine will allow the team to improve its race performance thanks to the increased availability of higher power modes. 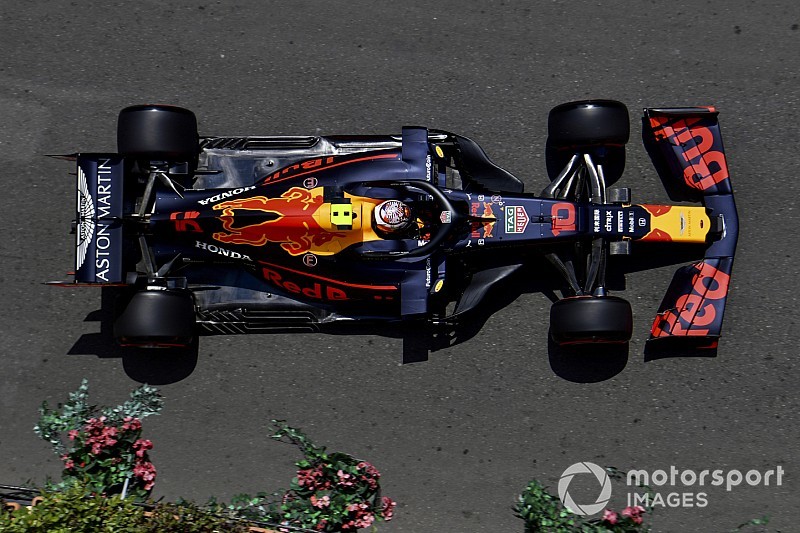 All four Red Bull and Toro Rosso drivers had new V6s installed for the start of Friday practice in Baku, while Max Verstappen and Pierre Gasly also took new turbos, MGU-Hs and MGU-Ks.

While Honda has stressed that the main target with the new spec is to improve reliability, Horner said that it will also provide a benefit on Sundays.

"So far the engine has run absolutely problem-free, throughout testing and throughout all the races to date," said Horner.

"This engine has been introduced based on an an issue they saw with a Toro Rosso engine, but it also enables us to run slightly more aggressive modes in the race as well. It's been hugely impressive, the effort and quality of stuff that's coming through from Honda."

Horner is confident that the team can close the gap to Mercedes and Ferrari though improvements on both the chassis and engine sides.

"I think trying to specify an amount of wins is always going to be extremely difficult. Our goal is to converge to where the current bench mark is, which is currently Mercedes. I think we're doing that.

"Obviously we grabbed some opportunistic opportunities last year, and by the end of the year we had a car that was genuinely capable of winning on merit on its own, and wasn't circuit specific.

"The whole team is focussed very hard on getting developments through on to the chassis, obviously engine bits are coming through as well.

"It's a long season, we've done three races, we're at race four, we're confident that hopefully we can continue to close that gap to Mercedes and Ferrari ahead."