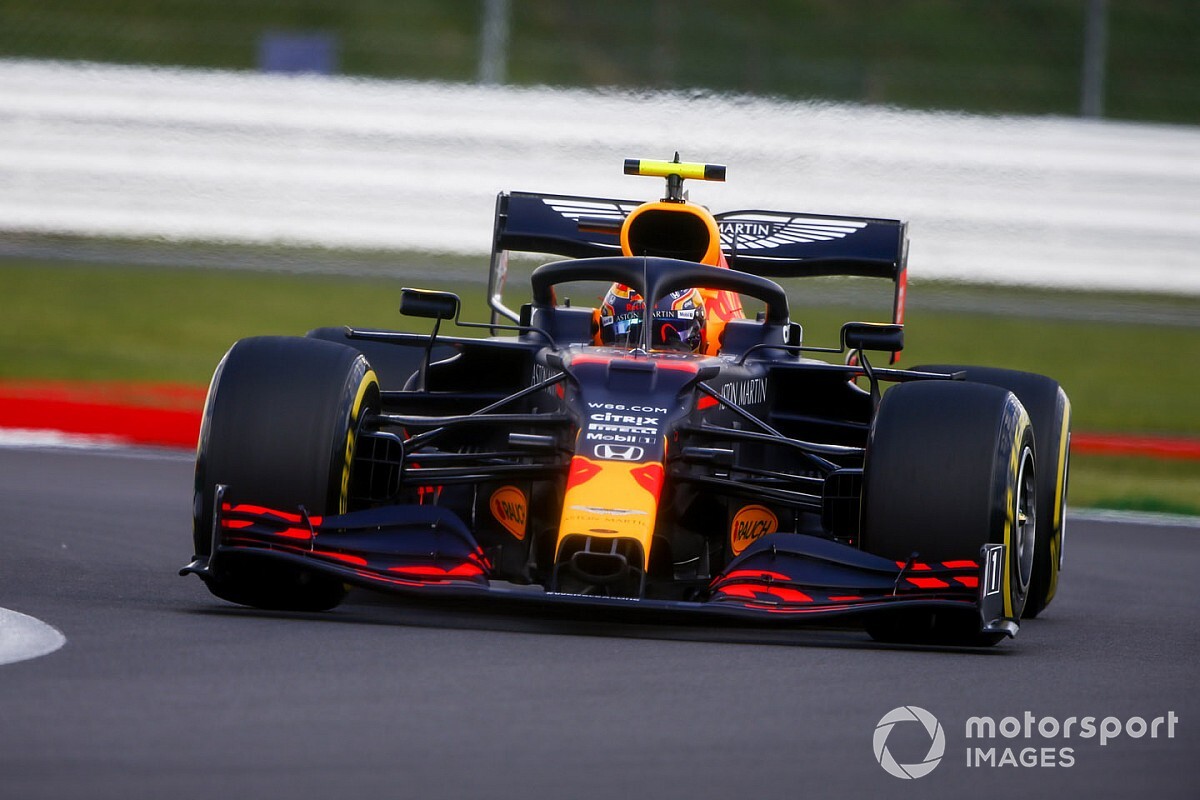 Honda announced ahead of opening practice at Silverstone on Friday that it would be introducing a set of new power unit elements for both of Red Bull’s cars this weekend.

Albon took a new energy store and control electronics on his Honda power unit last weekend at the British Grand Prix, but will now also take a second engine, turbocharger, MGU-H and MGU-K ahead of Friday’s running at Silverstone.

To match Albon, Verstappen will have an all-new power unit for the weekend, taking six fresh elements.

“As part of our PU strategy for the season, we are introducing new power units for the two Red Bull Racing drivers at this event,” Honda said.

“This gives us greater flexibility in terms of power unit management. The new power units are the same specification as the ones coming out.”

Teams are forbidden from bringing any updates or developments for their power units through the season after agreeing on a freeze for the year as part of the ongoing cost-saving measures.

Verstappen has been downplaying Red Bull’s chances heading into the 70th Anniversary Grand Prix after struggling to take the fight to Mercedes last weekend at Silverstone.

“I think they’re so far ahead that temperatures are not going to give you that extra second in qualifying, and what is it, half a second in the race or something?” Verstappen said, referring to the hot weather forecast for this weekend.

“I don’t think so. But like I said, we don’t give up. I’m very motivated to do a good job again this weekend, and try to be on that podium again and see what happens.

“Last weekend was very unexpected with these tyre blow-outs. I just need to be there to grab my chance.”

Neither Albon nor Verstappen will take a penalty for this weekend as both are within the limit for the number of elements used through the year.

However, both are now on the limit of two permitted parts under the current 13-race calendar set for the year.

Renault’s Daniel Ricciardo is taking a new engine, turbocharger, MGU-K and MGU-H for this weekend, while both Racing Point drivers, both Williams drivers and Mercedes’ Valtteri Bottas also have a fresh MGU-K.