The reliability of Honda’s Formula 1 engine reached a “comfortable” level in 2018 that was “completely different” to its previous years with McLaren.

Honda partnered with Toro Rosso for 2018 and scored more points with Red Bull’s junior team than it managed in two of the three years spent with McLaren.

That effort included a fourth-place finish in Bahrain, Honda’s best result since rejoining the F1 grid in 2015, and the higher performance peaks came with improved reliability too.

After nine-Honda related retirements for McLaren in 2017, Toro Rosso drivers Pierre Gasly and Brendon Hartley only had three non-finishes linked to Honda this season.

“It was very hard to set expectations this season early this year because we had a new partner,” Honda technical director Toyoharu Tanabe told Motorsport.com.

“We had a lot of failures and issues in past years. The power unit, our first priority was reliability for this season. And of course performance.

“We are comfortable with the reliability of the unit. It was completely different from previous years.”

Honda suffered a reliability setback at the very first race when Gasly’s internal combustion engine was damaged by a problem with the turbo and MGU-H.

However, this was a known issue because Honda had started the season with a 2017-spec MGU-H and could only introduce its 2018 version for the following race in Bahrain.

Honda was then largely trouble-free until the very end of the season, which helped it earn Red Bull’s trust and convince the race-winning team to use its engines next season.

Gasly suffered engine failures in qualifying and the race in Abu Dhabi, which followed a run of several engine changes across both cars after the introduction of Honda’s third-spec engine.

The upgraded engine had some teething problems when it made its debut but Red Bull and Toro Rosso took responsibility for the flurry of changes late in the year, citing the need for Honda to experiment and address issues as much as possible ahead of 2019.

“You can do many tests at the dyno, but you will never create the same oscillation, you will never find out the real specific driveability of the power unit,” Toro Rosso team boss Franz Tost told Motorsport.com. 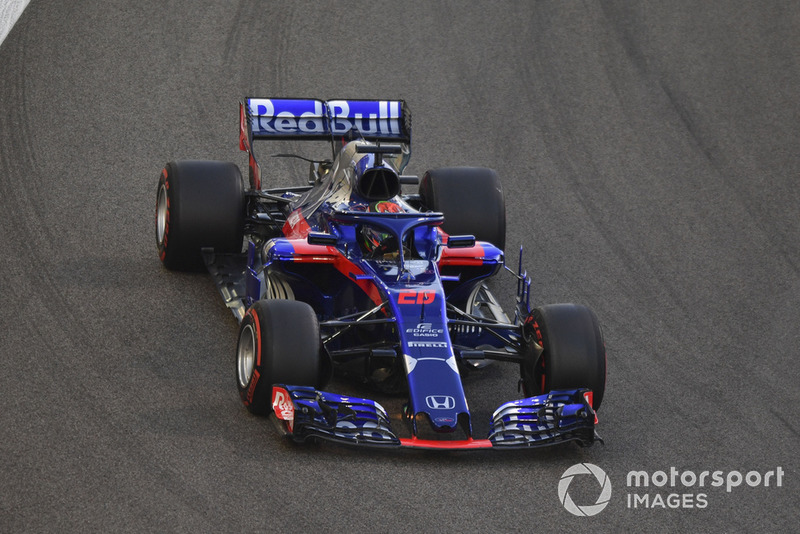 “Honda developed something and we wanted to know how [good] is this new development? How does it fit in the car? How is it with the oscillations, with upshifts, with downshift?

“We really wanted to see now where we are from the performance side, not only the output of the engine but to go really into the details.”

Grosjean proud of comeback against Magnussen