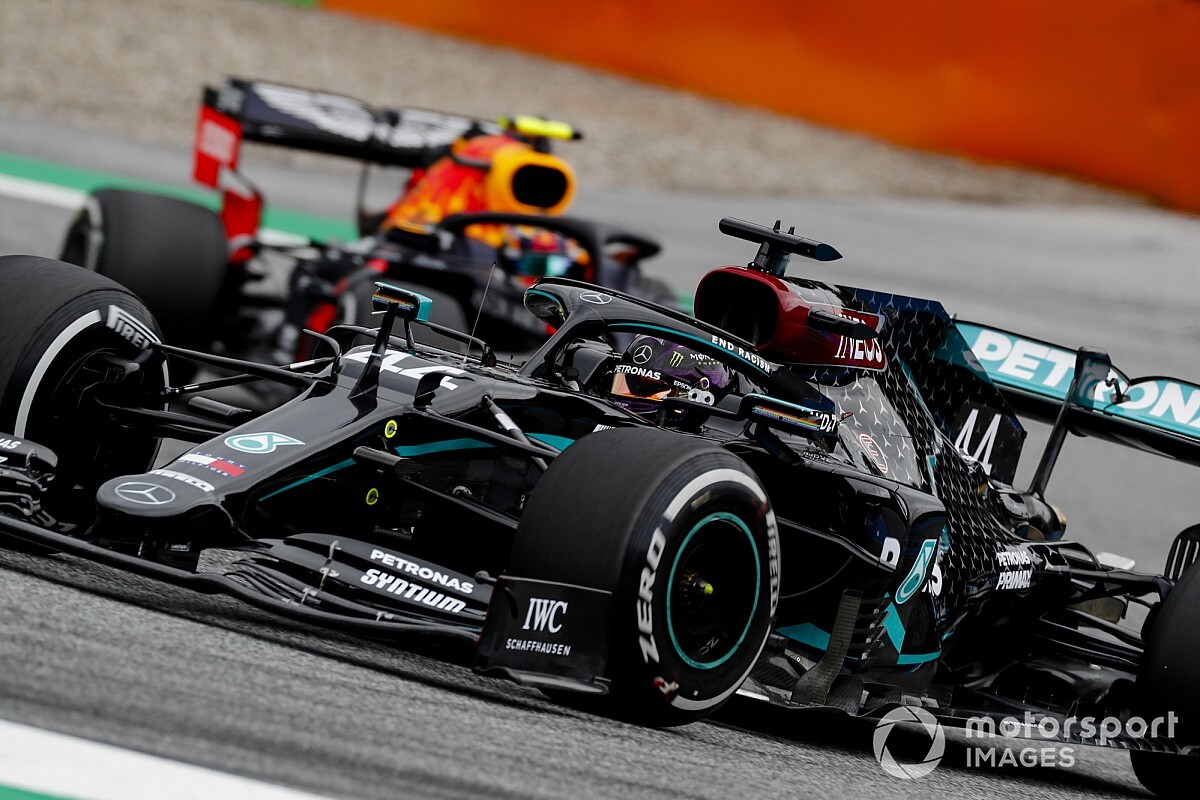 Honda admits it has been "surprised" by the progress made by main Formula 1 rival Mercedes during the lockdown.

The COVID-19 crisis and lockdowns worldwide meant that the FIA switched the official team factory shutdown to April-June. The power unit manufacturers were also included for the first time.

An agreement to freeze development from the first race meant that when the shutdown ended Honda had to race to get as many planned updates as possible ready for the Austrian GP.

Last weekend, Red Bull's Max Verstappen was half a second off pole man Valtteri Bottas in qualifying, and in the race both he and teammate Alex Albon suffered electrical problems.

However Red Bull says that the Dutchman's issue originated with a mechanical problem, and the power unit was not the cause of his retirement.

"During the suspension period, the FIA and all the power unit manufacturers agreed to have a shutdown period," said Honda's F1 managing director Masashi Yamamoto.

"So we did the shutdown in our factory as well and had to stop development. That meant we had a bit of a change in our development schedule compared to what we originally planned. But we recreated the plan and prepared for the restart in July.

"Due to the regulation change after the COVID-19 pandemic the FIA banned power unit updates during the season, so the first spec that we used in Austria we have to use until the end of the year.

"We originally planned a number of updates during the season, so we had to change that plan and try and put everything together before the Austrian Grand Prix which was the main challenge."

Yamamoto says that in Austria the latest Honda performed as expected, but main rival Mercedes had made an unexpected step.

"In practice we were seeing what we expected from the dyno, especially on the long runs as well," he noted.

"We were behind Mercedes in qualifying, however from the performance in the race we think we can be competitive against them, at least on Sundays. That was positive, but we need to make sure we don't have the various troubles again.

"There were electrical issues for both cars, so we have been checking all the harnesses and the PU itself as we can.

"It's clear that the incidents that Max and Alex had were different issues, but we can run the same PUs again this weekend and have put countermeasures in place after our investigations, so hopefully at the same venue we can see the benefit of that."

Yamamoto says that while reliability work will continue on the current engine the performance focus now switches to the longer term and updates that can be introduced for 2021.

"We will work on reliability if we think we need to, but because we cannot do anything about performance we are now focusing our development onto the 2021 power unit, which will be the same as everybody else. That's the attitude we will take from now on.

"After finishing the first round we saw some issues of course, especially our performance in qualifying which is something we have to try and improve somehow within the regulations.

"But we were able to see a good performance in the race and we think we can compete against Mercedes, so we just want to continue constantly competing against them this season, that's our target."