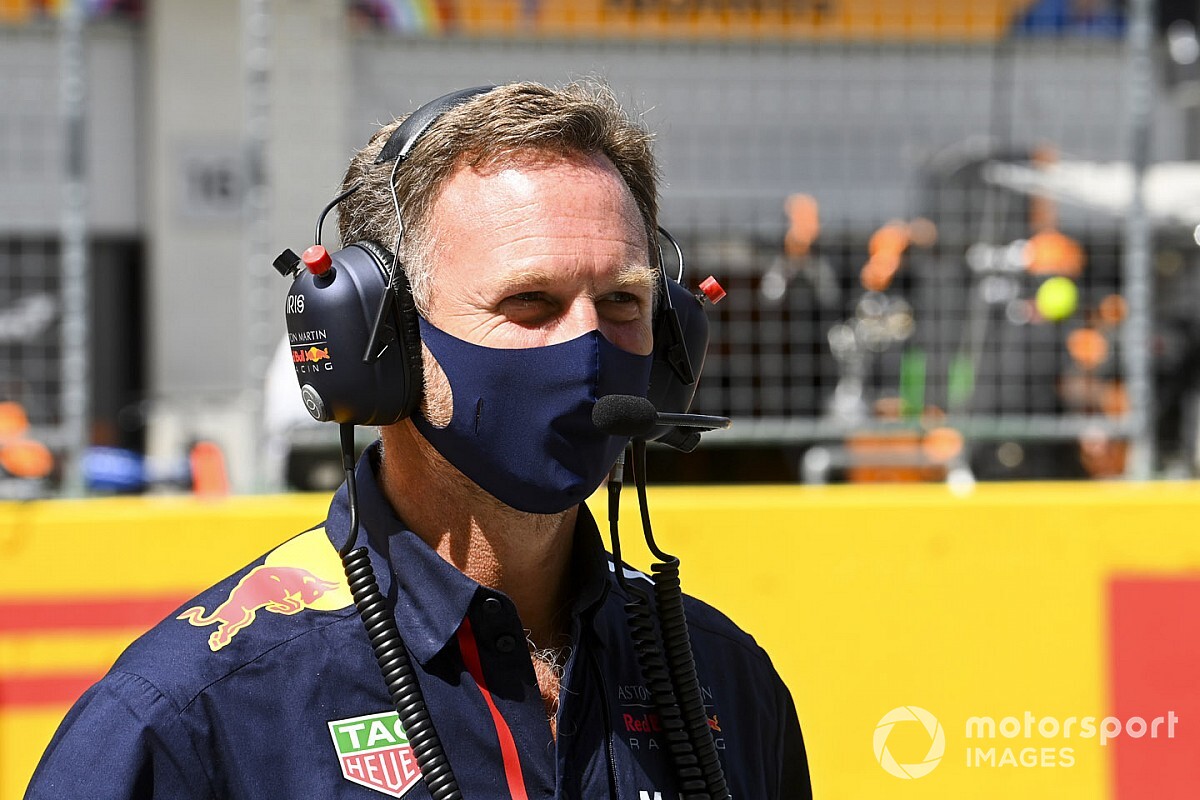 Red Bull Formula 1 team principal Christian Horner is supportive of the FIA’s move to clamp down on teams using higher engine modes during qualifying, saying it is a "healthy thing for the manufacturers".

In the week leading up to the Spanish Grand Prix, the teams were informed by the FIA that there will be less scope to play with different engine modes from the Belgian Grand Prix onwards, which will particularly affect teams running so-called ‘party modes’ during qualifying.

The clampdown, which is set to be formalised in a technical directive, is seen to particularly affect the dominant Mercedes team, which tends to find a lot of extra performance in the crucial stages of qualifying, and its customers Racing Point and Williams.

On Thursday Mercedes’ world champion Lewis Hamilton argued the ban was put in place “to try and slow us down”, while Ferrari’s Charles Leclerc admitted it was “only a positive” for Ferrari given its straight-line speed deficit in 2020.

Red Bull’s Christian Horner suggests all teams will be affected by the engine mode ban, but believes the FIA’s initiative is “a healthy thing” for the manufacturers.

"It will affect all teams, the question is how much”, Horner said on Friday. "I think that these qualifying modes have been pushed and developed over the years.

“With exhaust blowing for example, we had to run a standard map throughout weekend. And I think this is just adopting a similar methodology to that, which I think is sensible for Formula 1.

"There’s inevitably enormous cost that’s associated with developing these different modes and actually I think it’s a healthy thing for the manufacturers and if anything, if it creates better and closer racing it's a positive for Formula 1.”

The engine mode ban was mentioned in a letter sent to the teams by the FIA, which also addressed the ongoing Racing Point saga over its use of Mercedes’ 2019 brake ducts.

While the matter is going to the International Court of Appeal, further questions were asked about the wider implications of Racing Point’s 15 point and 400,000 euro penalty for the future of the sport.

Horner welcomed the FIA’s clarifications on the matter, as the philosophical question over what a manufacturer should design and produce itself particularly affects Red Bull.

"I think we’ve been encouraged to see the letters and correspondence from the FIA, that are looking to provide clarity regarding the constructor definition in many respects”, Horner added.

"For Red Bull, that does own 100 percent of two teams, that has enormous importance. That is encouraging.

"We were also encouraged with the engine technical directive that they are talking about. That again could close up the racing."