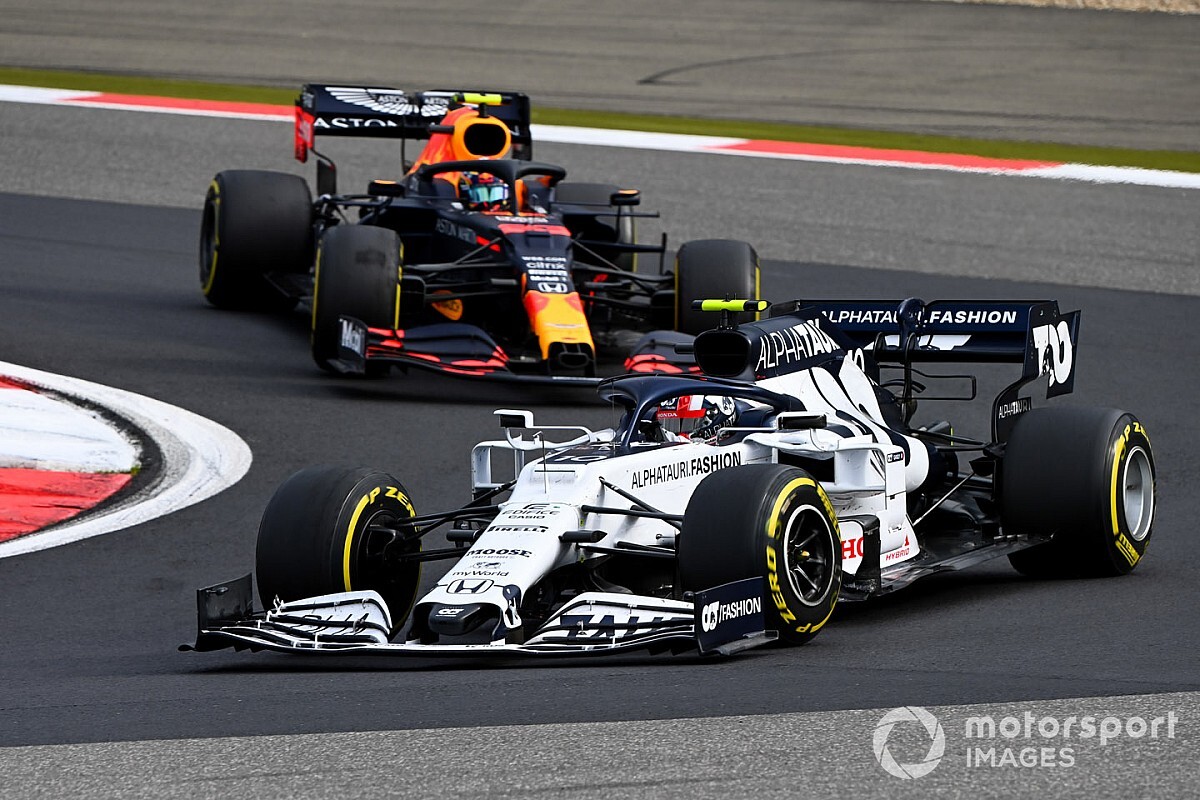 Red Bull Racing boss Christian Horner says that Pierre Gasly was not under consideration for a return to the senior team because he is performing so well at AlphaTauri.

Horner believes that the Frenchman is thriving in an environment with less pressure, and with a car that is less tricky to drive than the RBR.

Gasly was confirmed today for 2021 by AlphaTauri after not figuring on the shortlist of possible replacements for Alex Albon, should Red Bull decide to make a change for next season.

Gasly drove for the main outfit for the first half of 2019, before being sent back to the then-Toro Rosso team in a swap with Albon.

He has subsequently rebuilt his confidence and reputation with some superb performances for the renamed AlphaTauri outfit, including a win at Monza this year.

Speaking before Gasly’s stay at AlphaTauri was announced, Horner made it clear that he wasn’t in the frame for a Red Bull seat

“Obviously, we have a lot of information on the drivers over a big period of time,” he said.

“So Pierre has done a super job, he's driving very well in that environment with AlphaTauri, he's comfortable in that car, with perhaps the less pressure that goes with that environment as well, and less expectation.

“And I think that obviously their aspirations as a team are different, as it was as Toro Rosso. So it makes sense that the fit works well in both directions with Pierre and the AlphaTauri team.”

Pressed on why Gasly hadn’t been given a second chance at RBR, Horner suggested that he wouldn’t do a better job than Albon.

“Our first and foremost priority is to give Alex the opportunity to lay claim to that seat.

“Let's not forget when he jumped in the car last year, he outscored and outperformed Pierre significantly in the balance of 2019. So if we were to swap them back, why would it be any different?”

Horner also gave an explanation as to why Gasly, Albon and before that Daniil Kvyat had all struggled to keep pace with teammate Max Verstappen.

“Max copes with that incredibly well. Other drivers have struggled more with that. I think that's just the facts of it.

“I think that if Alex was in an AlphaTauri, he'd probably be doing a very similar job as we saw last year to that of Pierre, I've got no doubt of that.

“So it's just the characteristics of our car. They're struggling to commit on corner entry. And you see it a little bit with Ferrari with Leclerc and Vettel at the moment, you see it in the race with Hamilton and Bottas today. That's just the way it is sometimes.”

Imola F1 race to run without fans after government order

Audi aiming to reduce its DTM budget in 2020