Red Bull reckons "insane" driving from Max Verstappen, rather than a tow from Sergio Perez, was the key to him grabbing pole position for Formula 1's Abu Dhabi Grand Prix.

Verstappen appeared to have been on the backfoot in pace terms compared to title rival Lewis Hamilton through the first two qualifying stages at the Yas Marina circuit.

But a supreme first lap in Q3, which was helped by a tow down the back straight from teammate Perez, produced an effort that secured him pole spot from title rival Lewis Hamilton.

While the scale of the gap to Hamilton after that first Q3 run suggested that the tow had been worth a lot, Red Bull estimates that the gain was only worth one tenth of the half-second margin.

That much was proved when Verstappen nearly matched the mini sector time on that part of the track on his second effort in Q3.

Speaking about the performance, Red Bull team boss Christian Horner told Sky: "I think that's one of Max's best laps of the year.

"The tow, even on the following lap that we got him to back off on, he matched the time, and the tow was probably worth a tenth or two, not half a second.

"I think that his last sector, when you look at the level of downforce he's got on, is insane. It's absolutely insane." 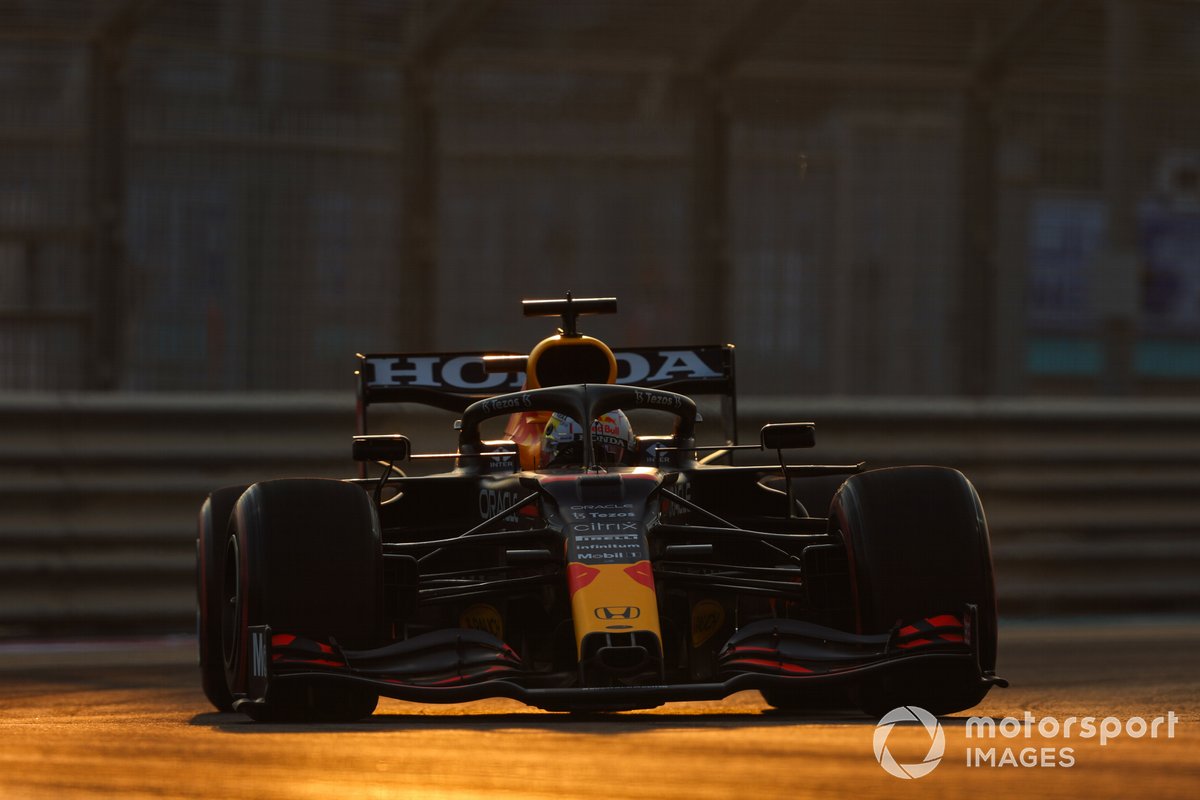 Verstappen agreed that the benefit from the tow was much smaller than it looked like at the time.

"It was very nice, nicely executed as well," said the Dutchman. "But I don't know what the gain was.

"I mean, I might have gained one tenth towards Turn 9, which is not a massively long, straight. But nevertheless, Checo is a great teammate and a real pleasure to work with."

Horner also praised the way that the two Red Bull cars had worked together to deliver a pole that could prove crucial to the F1 championship battle.

"I think that Max, he's given everything and he's driving his heart out," he said. "He's thrown everything at this session.

"I think Checo has been the dutiful teammate. He sacrificed an optimal lap for him to give his teammate that performance. And I think that you can't ask for more than that. So they put it on the pole. Now we've got to try and convert that tomorrow."