Verstappen penalty would have been "incomprehensible" - Horner 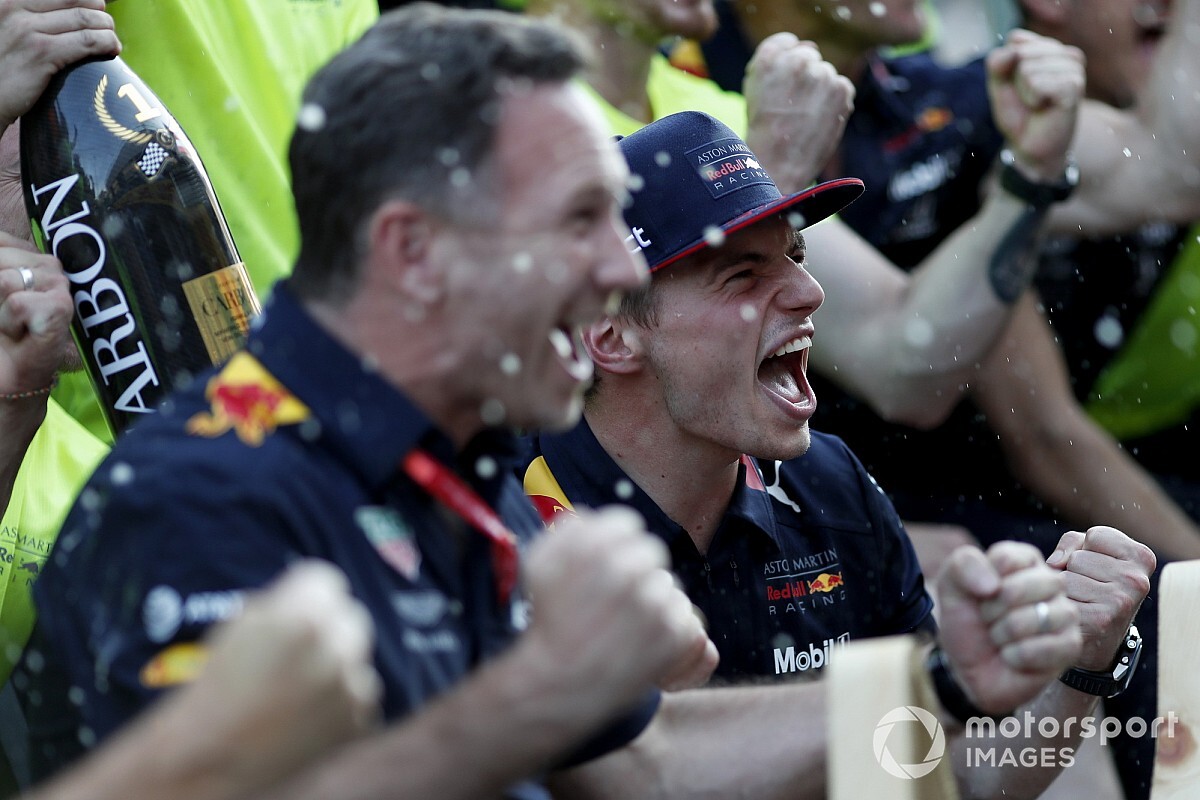 Red Bull team boss Christian Horner says it would have been "incomprehensible" for the FIA to have punished Max Verstappen for his clash with Charles Leclerc at the Austrian Grand Prix.

Verstappen faced a steward's investigation following his win at the Red Bull Ring to decide whether he had deliberately forced Charles Leclerc off track when he snatched the lead at Turn 3 on the penultimate lap.

But despite the stewards taking more than three hours to make their decision, in the end it was ruled to have been a racing incident.

For Horner, who was delighted at taking his team's first victory with new engine partner Honda, the consequences of what would have happened if Verstappen's win was taken away would have been unthinkable.

Asked what the reaction would have been if Verstappen had been punished, Horner said: "It is not worth thinking of, because frankly they made the right decision.

"It is incomprehensible to think that they would have changed the podium after a race like that. That was just the tonic that F1 needed for a fantastic race."

Although a recent run of penalties in F1 for drivers forcing rivals off track meant it was clear from the moment the incident happened that it would be looked at, Horner said his team never doubted that Verstappen had done anything wrong – and didn't even consider telling the Dutchman to give the place back.

"We were completely convinced that it was okay," he said. "And then of course it goes to the stewards and then at that point you don't know.

"But I think Tom Kristensen and the stewards who are up there have made absolutely the right choice. One day it will go against us, but it was fair racing, it was hard racing and it is what F1 should be."

Horner reckoned that key to Verstappen being in the clear was that he had got to the apex of the corner before Leclerc.

"If you look, he was ahead at the apex, and then at that point he has won the corner," he said.

"It is for the other guy to back out of it and try the undercut, otherwise at that point it is slam dunk and check mate he has got the corner. That is the way the stewards saw it."