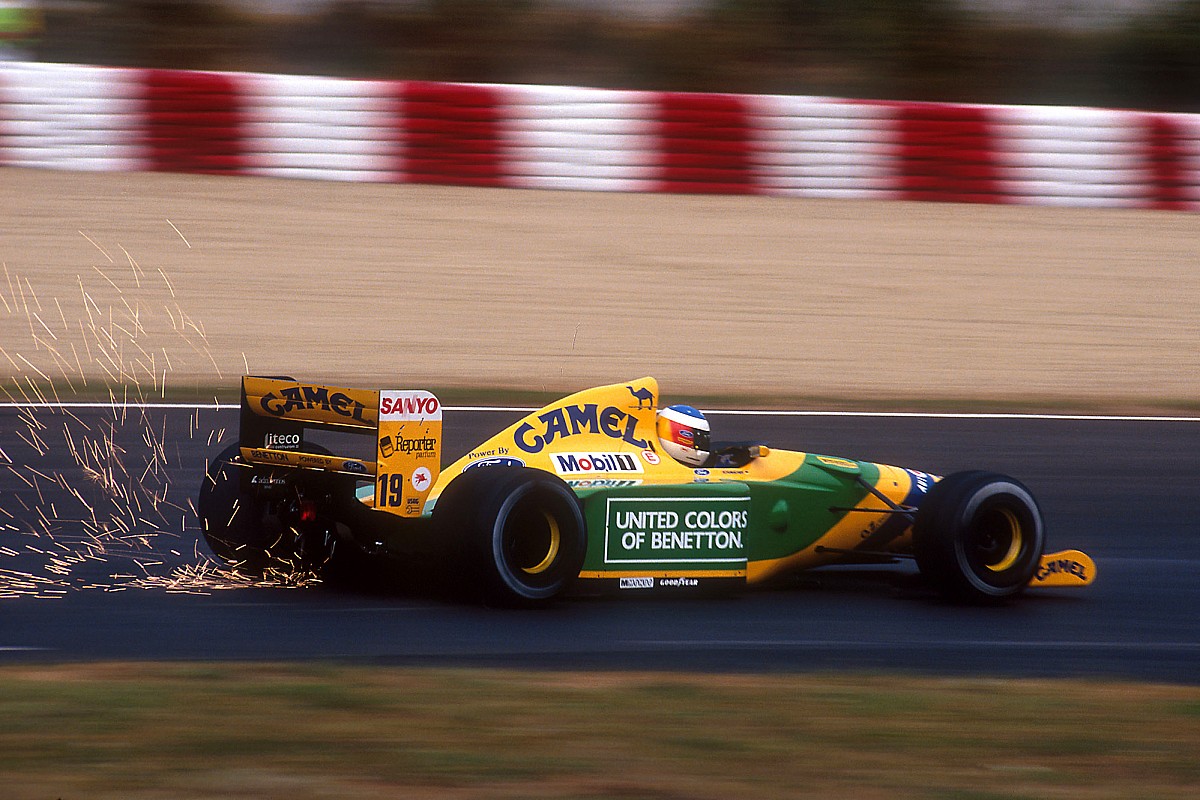 The Benetton B192 wasn't 1992's fastest Formula 1 car, but the brains behind it would go on to change the shape of the championship.

Michael Schumacher, Rory Byrne and Ross Brawn. Three men who formed an axis of power so potent it would define a Formula 1 generation.

Seven drivers' world championships, including five on the bounce for Ferrari; seven constructors' titles, six consecutively in Maranello red. But the roots of sheer domination were established here, in vivid yellow, with a conventional and relatively simple racing car under the garish banner of a trendy Italian clothing company.