Ferrari might not have been adopting Red Bull’s policy of throwing update after update at its 2022 Formula 1 car, but it has still been making important progress.

In fact, a recent concerted effort to address and close down a clear deficit it had to its main championship rival has paid off dividends, and could be significant for the title battle.

Since the start of the year, GPS data of the Red Bull RB18 and the Ferrari F1-75 showed they achieved their lap times in different ways.

The Ferrari was better in slow and medium corners, while the Red Bull stretched its legs on the straights with a significant top speed advantage.

And, as team boss Mattia Binotto readily admitted, the extent of Ferrari’s deficit – especially when the DRS was open – was something that could not be ignored.

“We had a disadvantage compared to the Red Bull no doubt, in terms of straight-line speed especially in the DRS zone,” he said. “So in terms of the power of their DRS compared to ours, we worked a lot on it.”

That work culminated in the arrival of a new rear wing at the Canadian Grand Prix, but the team would only have enough parts available on this occasion for one of its drivers.

Charles Leclerc was selected owing to the Monegasque driver having to start the race from the back due to power unit penalties. If he spun and broke it in the wet qualifying session, then a pit lane start for switching to the older spec would not have been a total disaster

In Montreal already it became apparent just how different the two wings were when compared with one another. This was backed by the official speed trap figures, with Leclerc topping the charts at 342.7km/h, whilst Sainz was only able to achieve 331.3km/h.

Meanwhile, over the finish line, Leclerc topped the chart at 300.6km/h, whilst Sainz was down at 294km/h. 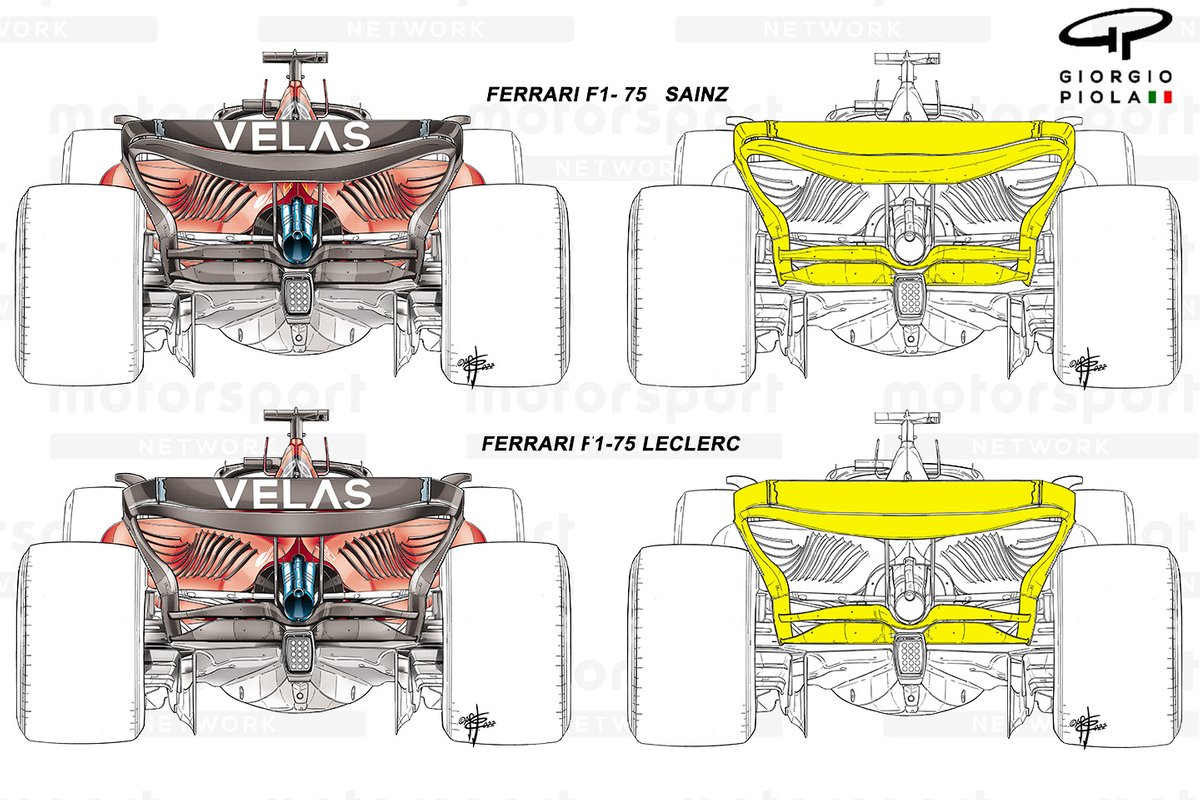 The wing features several changes, with a notable reduction in the mainplane’s chord length in the central section leading to a much gentler transition toward the rolled endplates.

This contributes towards the downforce and drag reduction that has been observed, but there’s also the revisions to the beam wing to consider too, with both of the elements trimmed back towards their tips.

The changes made to the transition section in the outer portion of the wing is also contributing to Ferrari’s gains when it is able to deploy DRS, which is especially important when we consider qualifying.

F1 car designers always try to maximise the size of the opening, with an 85mm aperture between the mainplane and top flap permissible across the span, and this has been increased near the tip section on Ferrari’s new design.

However, it’s worth noting that this is a compromise between the competing design factors, with Ferrari previously favouring improved drag reduction when DRS was not in operation. 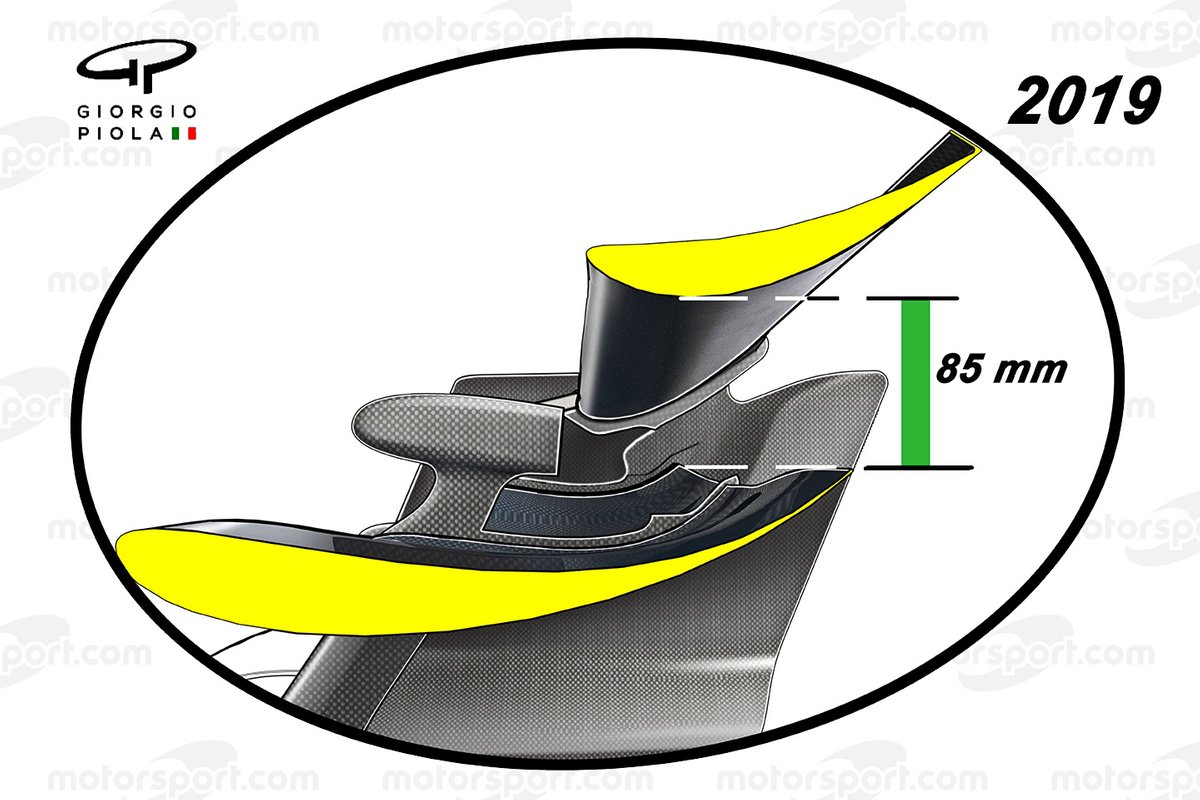 The changes that have been made result in a trade-off that the drivers must anticipate between their setup choices and in the performance of the tyre over the course of a race stint.

Meanwhile, Red Bull has been finessing and optimising other facets of the RB18’s design, as it feels there’s more performance to be gained from those areas.

That said, it has, since the Azerbaijan Grand Prix, opted to remove the upper of the two beam wing elements, helping to reduce the drag being generated. 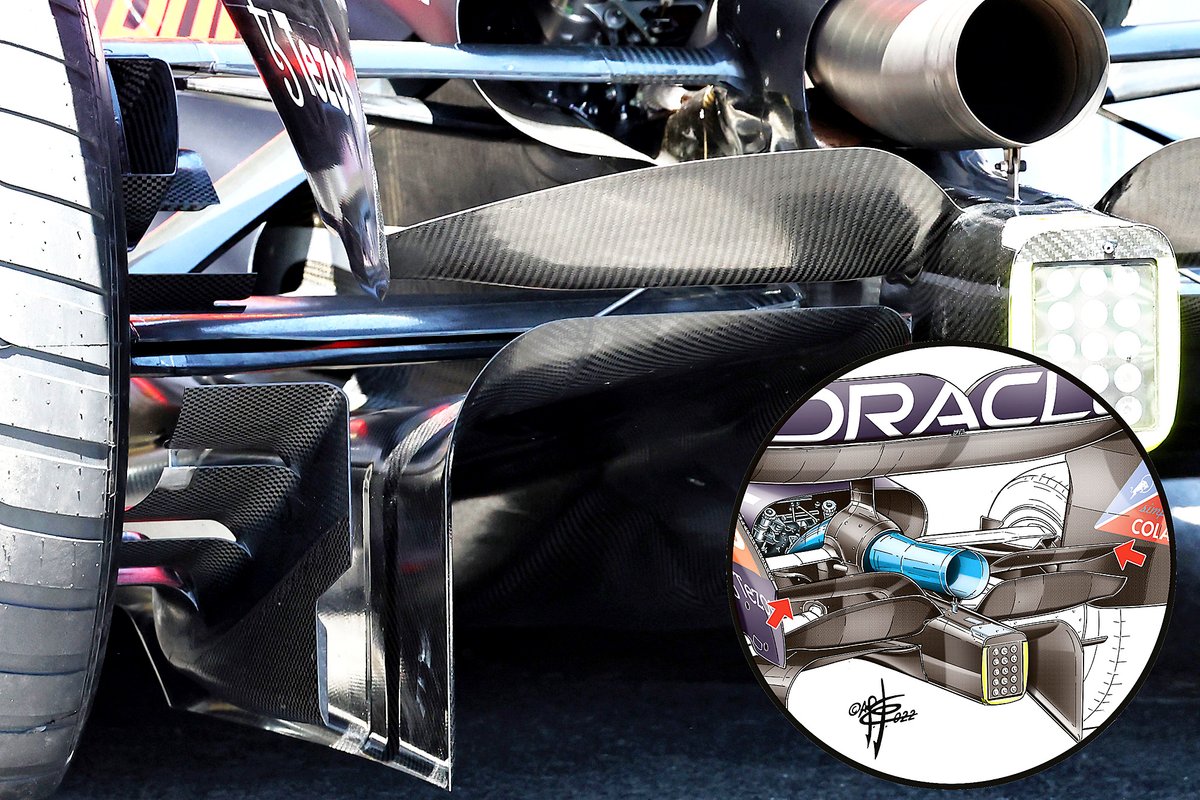 Why Perez’s new-era F1 promise has deteriorated into disappointment

Lando Norris says taking risks in the drying Q3 session was the key to qualifying sixth for the Singapore GP rather than any inherent performance in his Formula 1 McLaren.