Formula 1's budget cap was introduced to make the sport more sustainable and keep the big teams under control, but Mercedes believes the sport's financial constraints can actually help it improve.

Along with sustainability a key aim of Formula 1’s budget cap is to rein in the performance of the top teams by levelling the playing field.

And yet in typical glass-full style Mercedes boss Toto Wolff sees the cap not as a hurdle for the Brackley team, but an opportunity to become even stronger.

This sport has long been about spending power. It’s no coincidence that the teams that have dominated have had the biggest budgets, and until now, there has been no official limit to what they’ve been allowed to pump in.

The 2021 FIA financial regulations, headlined by a budget cap of $145m, have changed all that. Many areas are excluded from that number, but it still represents a huge change of approach for Mercedes, Red Bull and Ferrari.

All three have been busy shuffling staff into non-F1 projects, which explains why Ferrari has committed to a sportscar programme, and why Mercedes has been busy seeking customers for its Applied Science division.

Given that extra cash is a benefit in all areas it’s obvious that reducing spend will impact competitiveness. However, there’s another key outcome – the disruption caused by the necessary reorganisation and downsizing.

Erstwhile midfield teams hope they can benefit from problems for F1's big-spending teams. In its previous guises Aston Martin made a virtue of being lean, mean and efficient, and the budget cap had landed in just right the spot, and thus the team hasn’t had to dramatically adjust its way of working. It’s a similar situation at Alpine.

“It's all about getting the car to go quicker, but also efficiency,” says Alpine executive director Marcin Budkowski. “We are working a lot on the efficiency of the team, working better, working smarter with the resources we have.

“Luckily, we've never been the best funded team. We've always been known as an efficient team, and we are probably in a better position than the top teams for the cost cap, so we obviously want to capitalise on this in the future.”

The regulations show to what level of detail the discussions extended when they were being finalised – there is mention of subjects like how to allocate maternity leave, sick pay and the salaries of mechanics whose main role is preparing historic or demo cars. Teams now have to dig into every pound, euro or dollar they spend that falls under the cap.

The process of going back to basics, tracking and justifying from scratch all spending in each department of a company, is known as zero-based budgeting.

“My experience in my personal business life was that sometimes going through a zero-budgeting approach shows you how much you have actually left on the table,” says Wolff.

“And how much you have carried over from year to year, that was cost of what could have been avoided by simply streamlining processes and the organisation overall.

“Performing in the F1 world is not only down to money. You can have the most money, but not perform how you should. And we have seen examples of that in the past.”

One of the key advantages of spending power is in R&D, and the ability to put groups of people onto special projects that might not pay dividends on track for a year or two.

Aero testing restrictions have to some extent already levelled the playing field in that teams are no longer able to run 24/7 in more than one wind tunnel, as was the case a few years ago.

However, the wealthier teams could still bring more bodywork iterations to the track more often, because they had the production resources. Meanwhile on the mechanical side there have been no restrictions, allowing the big teams to pursue innovations.

Now all teams have to have the discipline to spend where they believe it will count – they can no longer afford to pursue multiple solutions to the same problem, and then to eventually discard those that don’t work. They have to be smarter, and make calls on what direction to go before too much time and effort has been spent.

“We have never wasted [resources],” says Wolff. “Because for us prioritising has always been key to how we function, rather than to trying to do A, or A and B. We have always approached with A and/or B, because you simply put more emphasis on what you think will bring you more performance.

“But the cost cap has brought that to a new level, because we were not operating before within a regulatory cost constraint. And that means you need to understand your processes.

“Every single item is costed down, or evaluated [as to] what the costs are. And you need to trim how you operate. But we believe that this is a performance advantage, because it has obliged us to rethink what we do, and how we do it.

“And it will mean that there's even more emphasis and focus on the areas that, we believe, bring the best performance.” 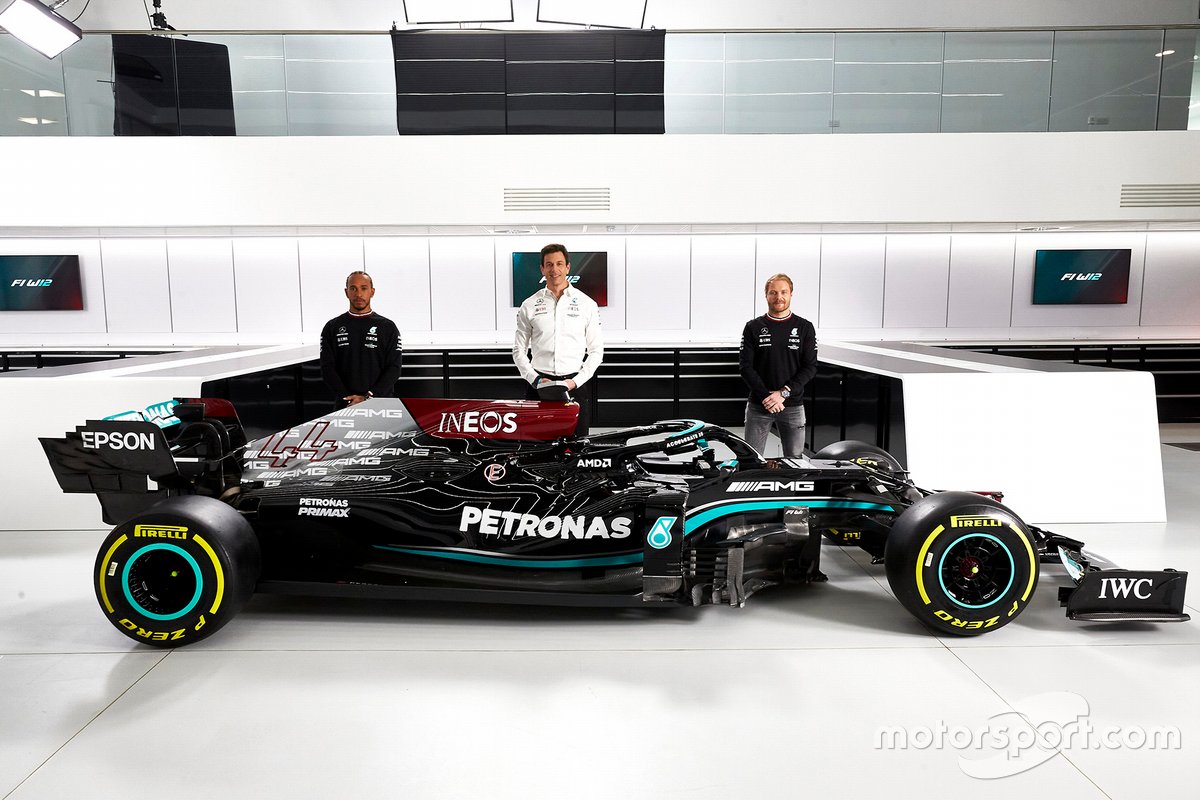 Crucial to all this is that the budget cap has landed in the very year that teams have to race and develop their 2021 cars while honing brand new concepts for 2022.

Until December 31 they could work without financial restriction on both, at least on the mechanical side, as aero research was banned until January 1. That helped the bigger teams to get a head start on 2022, simply because they had more people available to look at the long term.

That window of opportunity has closed, and teams now have to split precious funds between racing this season and developing for 2022, just as they have to make a call on how to divide up wind tunnel time and CFD usage.

“This is a question you need to find solutions for every single year,” says Wolff. “How do you balance the current car and the development time you want to give it versus next year's car?

“And for 2022 it becomes an even more critical topic, because of the scope of changes. And there will be teams that will very much focus on 2022 from early on, and other teams that will see great opportunity for the 2021 World Championship.

“And for us, it will be crucial to take the right view on how we want to balance development for next year. It is subject to discussions every week.”

A spending limit isn’t just about R&D - it impacts every area of going racing. Mercedes technical director James Allison revealed at the launch of W12 that the team is cost-cutting by simply reducing how many parts it has to produce.

“[There are] developments to try to make it so that the bits underneath can live longer,” he said. “So that we don't have to replace them so often, so that in a budget cap we can operate more efficiently.”

Can the usual frontrunners adjust to the new world of limited spending and remain a step ahead of the rest? Wolff is confident that his team at least is on the right path.

“The budget cap is extremely important in my opinion,” he says. “Because the costs were escalating over the last 10-15 years, and it became unsustainable.

“And in that way, we are now operating in the same financial framework. And it becomes exciting, because there will not be many differences in terms of spending between the teams.

“We love the challenge. We have taken it on, and it is at times very painful because all your processes need to be adapted in the end to achieve more efficiency.

“We found out during the process that actually efficiency means performance. The group that has worked around the project did a fantastic job. And I believe we're in a good in a good position to extract the most from the limited resource that is available.”

Alonso and Ocon to get equal status at Alpine F1, insists Rossi