The struggles of some very talented drivers to adapt to their new Formula 1 teams has been a major talking point thus far in 2021, but Carlos Sainz appears to be bucking that trend.

In Portugal on Saturday, the new Ferrari driver demonstrated that he is a fast learner by outpacing his teammate Charles Leclerc in Q3 to claim fifth on the grid.

It's only a sample of one, and it happened at a track where wind and a tricky surface made it something of a lottery, and on a day where Leclerc readily admitted that he was not at his best in Q3.

Crucially it was also Leclerc and not Sainz who managed to get out of Q2 on the medium tyres, and thus has the advantage for Sunday's race.

Nevertheless, it was a hugely encouraging step for Sainz as he continues along his personal learning curve.

His demeanour after qualifying contrasted somewhat with that of the man who replaced him at McLaren, Daniel Ricciardo, who didn't even get out of Q1.

The new team struggles may have surprised a lot of observers, but we forget how complex these cars are to drive, and what it takes to push them to the very limit. 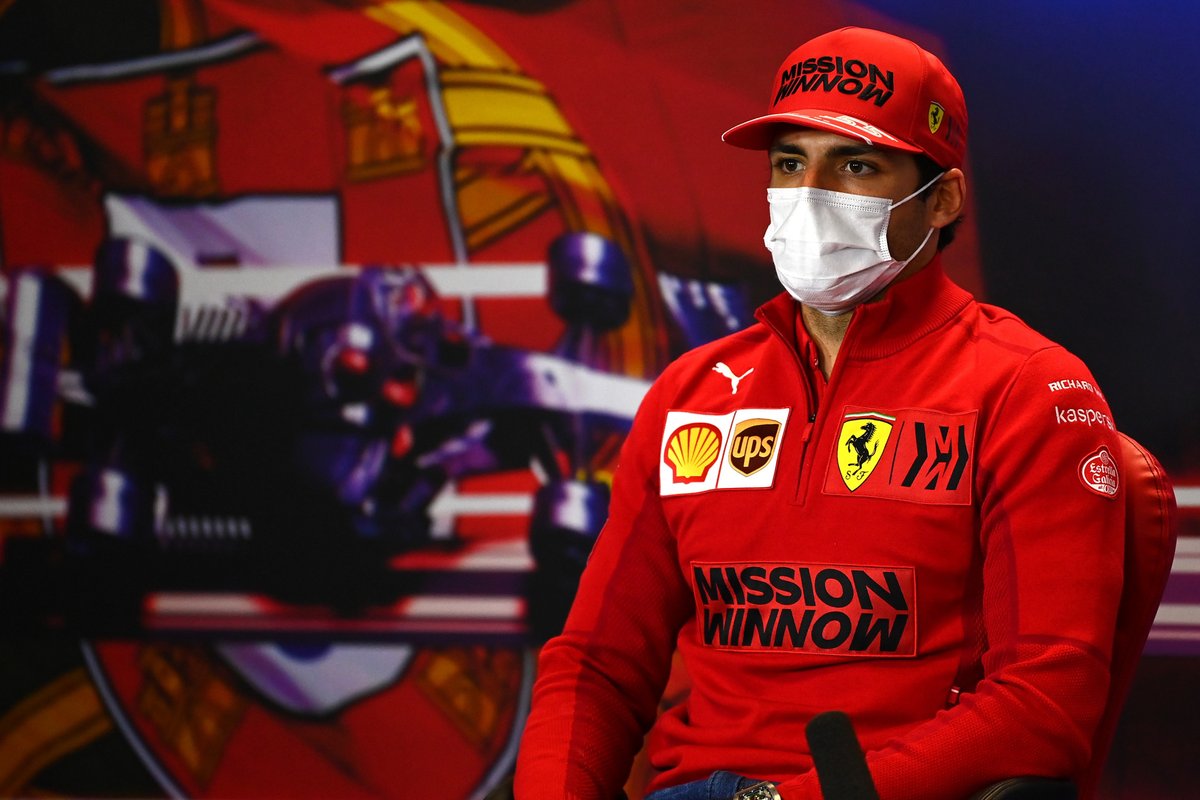 On Thursday in Portugal, Sainz gave an intriguing insight into how he is trying to get closer to that limit.

"I'm still far," he admitted. "But it doesn't mean that you cannot put a really good weekend together. If for some reason this weekend I feel the car very well underneath, and I like the circuit, I can still put together a strong weekend.

"It's just how can you consistently put this weekends together like I was doing in my second year in McLaren. That's the big difference. In race three or four with McLaren I felt kind of there or thereabouts.

Sainz was competitive from the off in Portimao. Fourth fastest on Friday, he was then seventh, just shy of Leclerc, on Saturday morning

"But then going into 2020, my second year, I realised that I could do it a lot more consistently and a lot better just because of muscle memory, knowing exactly what the car is gonna do in every single weekend, repeating the tracks with the same car. It's just easier.

"It doesn't mean that I cannot get there early enough, and I'm pushing myself every session to try new things, to change my driving style to adapt myself. This challenge is actually quite tough mentally, and as a driver is difficult. But it's also good fun, because you're also always discovering new stuff."

After qualifying a frustrated 11th in Imola, Sainz insisted that he was as quick as Leclerc everywhere, but he just hadn't put a lap together. It's easy to be cynical when a driver says something like that, but he wasn't talking nonsense.

Sainz was competitive from the off in Portimao. Fourth fastest on Friday, he was then seventh, just shy of Leclerc, on Saturday morning. 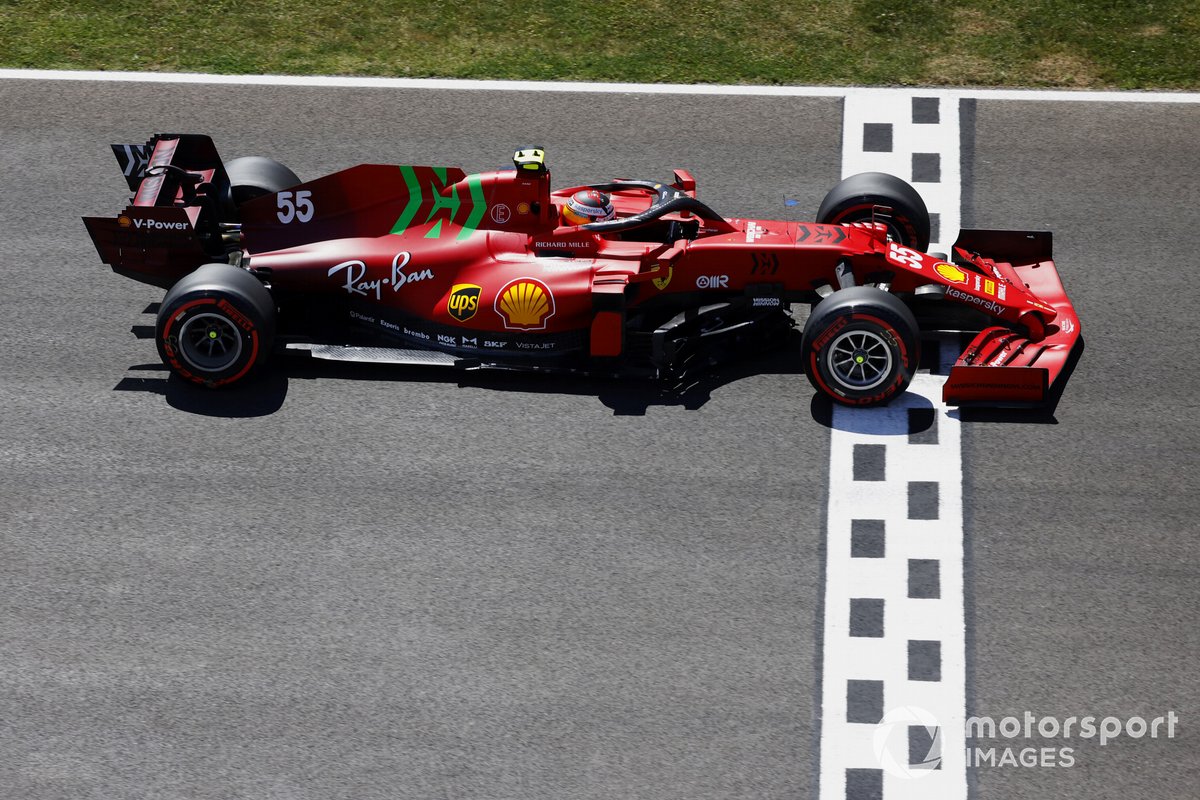 Fifth in Q1 was promising, Q2 was a bit of a fight as he had to switch from mediums to softs, and when it mattered in Q3, he earned fifth, behind the four cars of Mercedes and Red Bull. He achieved his target and put a complete lap together.

"I did it today, and the important thing is I did it twice in tricky conditions," he told Motorsport.com.

"Today it was very, very tough in the last sector, you guys cannot imagine how unpredictable the cars are and how tricky they are to drive. And the fact that I did a couple of good laps in Q3 gives me a good feeling.

F1 is not just about beating your teammate, but it's always good to put a marker down early in your career with a new team

"We've made some good progress with my driving style, I've tried to drive a bit differently this weekend, I've tried also different things on the set-up that I've come back and forth, and it's given me a better feeling and I feel like I'm making progress. But there are still things to discover, for sure."

As well as driving style, he's experimenting with set-up, finding out what works and what doesn't with the Ferrari.

F1 is not just about beating your teammate, but it's always good to put a marker down early in your career with a new team. 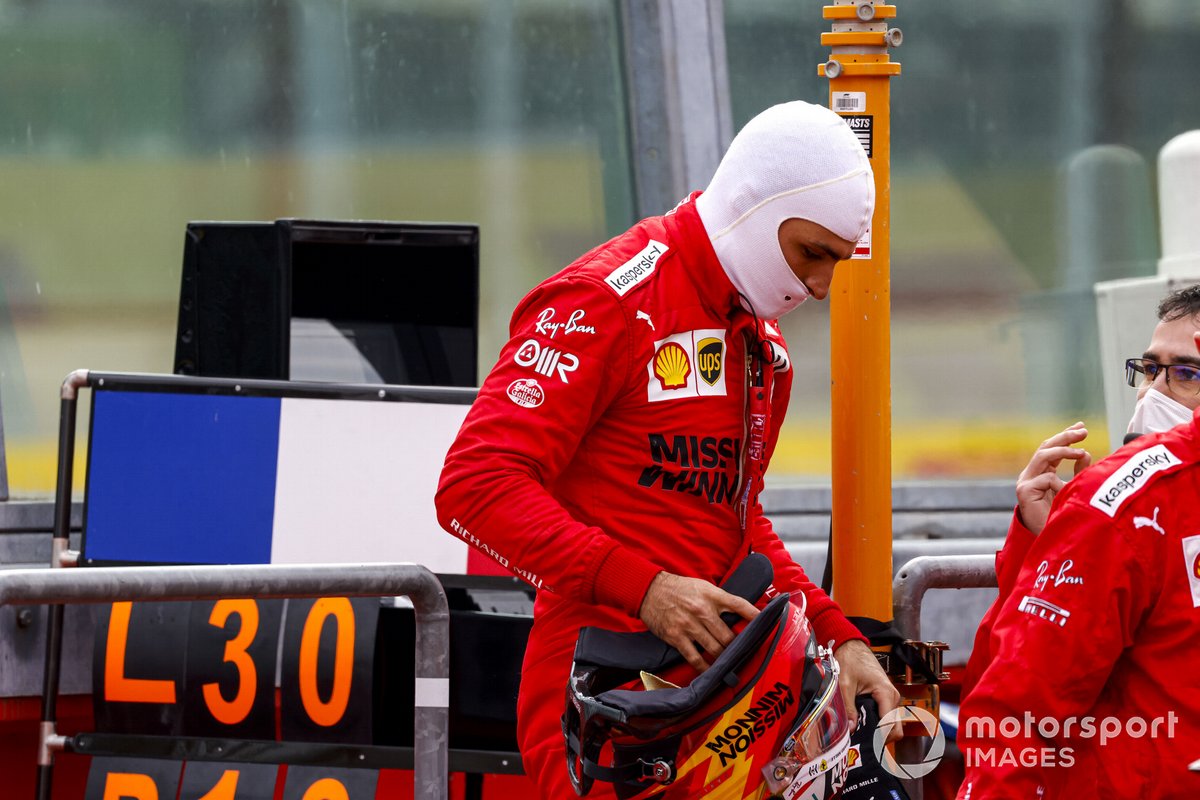 Perhaps flattered by Leclerc underperforming, Sainz would be the first to admit that his learning process is far from complete, and he hasn't suddenly unlocked the secret. His team agrees with that assessment.

"And that's what it is. So it's nothing to do with magic bullets. It's only the hard work he has done now. It was very tricky conditions with the wind and with the tyres and he did a very good job with his team to get there. Charles was a bit less comfortable with the soft tyres. But altogether, we have both cars split for tomorrow, so it's not too bad."

Ferrari has one car starting on softs and one on the mediums. It wasn't planned that way, but it'll be an interesting experiment for the team at a track that saw a lot of action in 2020.

"Unless there's a bit of rain, I don't think the soft has a big advantage on the medium," Sainz rued. "Actually today the medium felt really good, I wish I could have gone through to Q2 with the medium but I had traffic with Kimi.

"I did a mistake and the first run with the medium wasn't strong, so we decided to play it safe and go through with the soft. But I wish we had that medium for tomorrow..."

Vettel: Aston Martin "cannot be too greedy" in Portugal

Hamilton had no warning Verstappen was asked to swap places