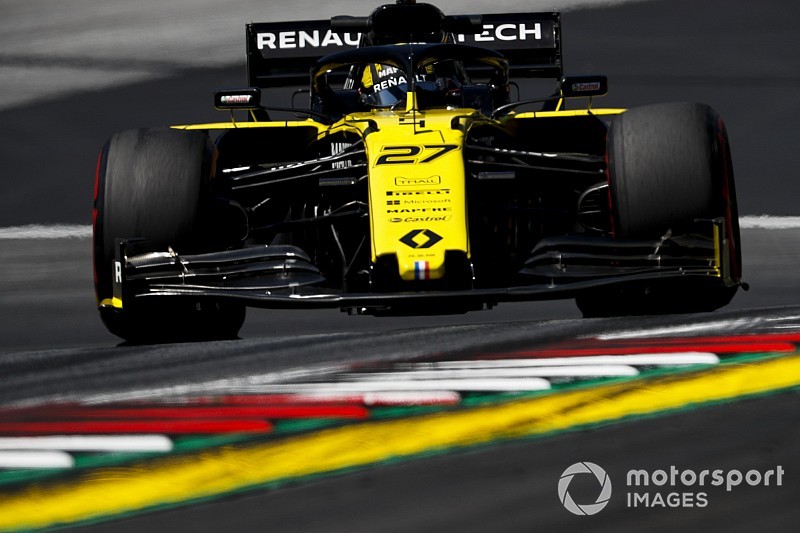 Nico Hulkenberg is set to take a five-place grid penalty in Austria after his Renault Formula 1 team opted to give him a new B-Spec engine for Saturday.

The upgrade, which involves only a new V6, was already used by his teammate Daniel Ricciardo at Paul Ricard. The Australian didn’t take a penalty at the team’s home race as he was still within his allocation for the season.

McLaren’s Carlos Sainz took it on Friday at the Red Bull Ring, as part of a complete new set of power unit elements. The Spaniard will start at the back of the grid as his Melbourne failure tipped him over the limit.

Hulkenberg received a grid penalty in Spain when he took a set of new power unit elements, including his fourth V6 of the season, although it was meaningless as he had already been consigned to a pit lane start for a change of wing spec after qualifying.

As today’s change represents his fifth V6 of the season the penalty is only five places.

Hulkenberg admitted to struggling to find a balance on Friday.

“Obviously it’s a short lap, not too many corners, but Spielberg kind of has its own laws and rules,” he said. “It’s a tricky old track, very technical.

"But the main struggle [was] with the balance, and it’s very hard to find a good rhythm. And of course you do see that on the timesheet

“We were really lacking some slow speed performance – hence we elected to do another low fuel run and it compromised our high-fuel running a little bit trying to get more out of the car.”

In addition to Sainz, Toro Rosso’s Alex Albon has also been sent to the back of the grid after taking Honda’s latest upgrade.

F1 having a "nightmare" with run-off areas - Grosjean