Hulkenberg: No "love and harmony" with RS19 in Baku 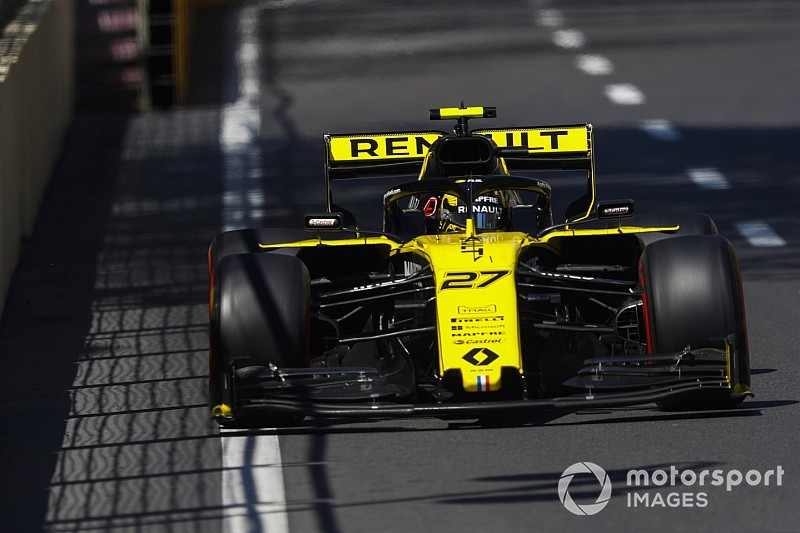 Nico Hulkenberg says he “hasn't felt the love and the harmony” with the Renault Formula 1 car in Baku so far, after struggling in qualifying for the Azerbaijan Grand Prix.

The German suffered his second Q1 exit of the year and was only quicker than the Williams drivers in the session, while trailing teammate Daniel Ricciardo by nearly a second.

When he was informed of the gap to Ricciardo by the team at the end of Q1, Hulkenberg responded with a simple “ouch”.

Speaking after the session, he said: “The feeling of the car underneath me, I haven’t really had it or felt confident inside the car, and you’re always fighting the car and that’s tough on a track like this one, it’s so high-speed and you’re between the walls so it’s been difficult.

“Didn’t really feel at home or happy inside the car at any point this weekend, just haven’t felt the love and the harmony between the car and myself and on a track like this you start paying the big price.”

Hulkenberg will start 16th to Ricciardo's 11th as both have benefitted from rivals' penalties, following a weekend in which the RS19 has struggled to keep pace with its midfield rivals.

Renault tweaked its rear wing to add more downforce after its low-drag package hadn't impressed on Friday, but the changes did not transform its fortunes as its drivers continued to struggle to get the Pirelli rubber into the right temperature window.

“I think we’ve just been a bit off this weekend, it’s small things but they make a difference,” Ricciardo explained. “Think tyre temperatures is where we lost a few tenths of laptime.

“I’m sure there are things with the balance and the handling, but I think it was just about getting a little more from the tyres when they were new and trying to get the temperature inside them.

“I think the first sector is where we were most compromised and that’s down to tyre warm-up.”

Hulkenberg described the RS19's performance in Baku as its “first big hiccup so far all season”.

“Missing [F]P1 wasn’t great and it’s not an excuse because it was the same for everyone but it definitely hurt us a bit more because we started a little bit out with the car in the first place,” he said.

“We’ve been playing catch-up this weekend and we haven’t really caught it.”