Hulkenberg still not over "out of proportion" German GP crash 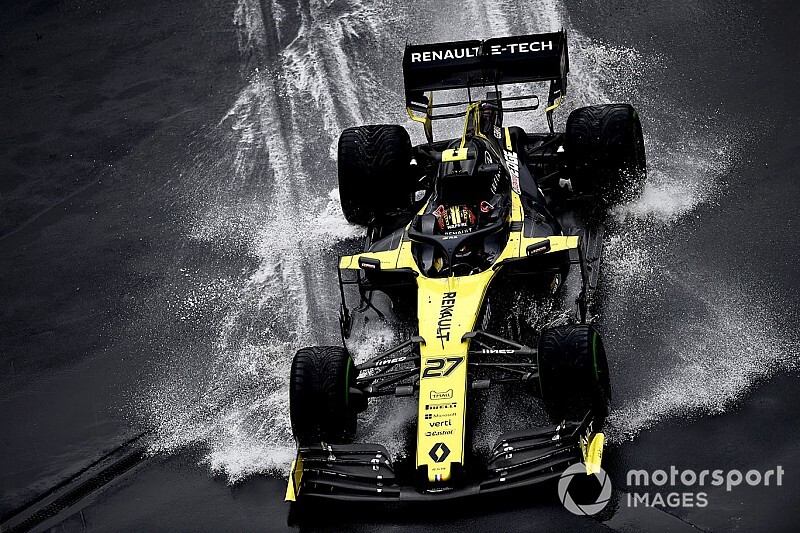 Nico Hulkenberg says he will carry the "pain" of his German Grand Prix disappointment for a long time, as he insisted the punishment of his crash was out of proportion to the mistake he made.

The Renault driver had looked to be on course for his first Formula 1 podium finish at Hockenheim as he ran as high as second for much of the German GP.

But his afternoon ended against the barriers after he was caught out by the controversial drag strip run-off area at the final sequence of corners which also tripped up Charles Leclerc, Lewis Hamilton, and Carlos Sainz.

Asked about how long it took him to get over what happened, Hulkenberg said in Hungary: "I think it will still take a little while longer. This weekend, once you are in the car and once you have to work, your mind is off it. But that sting is deep from Hockenheim.

"We rock and rolled for 40 laps. I think I drove a pretty amazing race up until that point and as a team we did a great job,

"Mainly me made all the right calls in terms of strategy and tyre choice. Hence we were in the position we were in, which was quite good and unusual for us. Then we saw obviously what happened."

Hulkenberg remains especially unhappy with the way the run-off area offered no grip in last weekend's conditions, claiming it was not something normal for F1.

"Conditions were very difficult and challenging out there, and everyone lost their car and was next to the track at some point. I just chose the wrong corner," he said.

"But I feel that the run-off area was not the normal Tarmac. I don't know what it was: if it was paint, if it was just aquaplaning, but it was just zero grip.

"And once you put a wheel on there you are just history – especially the way I went off it was in just a straightline. I tried everything in the one second I had, but it was basically game over there.

"I feel it was out of proportion for the size of the mistake, if you want to call it, and the price and consequences we had to pay. It was way out of proportion and in a way I feel that the race got taken away from us and what could have been a very good result.

"I am all for track limits and if you disrespect them you should pay a price, but here in this case the fact is that this run off area, this tarmac, this paint, whatever it is, we don't have it anywhere else on any other circuit and it just didn't meet the normal track and FIA standards.

"This was just a built up and random element of making a race have an artificial hurdle."

Hulkenberg said he went to see F1 race director Michael Masi on Thursday morning in Hungary to voice his unhappiness about the run-off area, and reckons that the Australian has revised his views on the drag strip after saying he saw no problem with it after the race.

"I think if we were to go back things would be different. It doesn't help now," added Hulkenberg.

"I think his opinion is different now. It is clear if you look at the TV footage, what other proof do you need? Just look at the images. We were just passengers there. We couldn't do anything."