Hulkenberg sees Ricciardo match-up as chance to prove himself

Nico Hulkenberg was not “resting on any laurels” last season but sees new teammate Daniel Ricciardo as “an opportunity to prove himself”, reckons Renault Formula 1 executive director Marcin Budkowski.

Hulkenberg holds the F1 record for most races without a podium finish but has defeated Jolyon Palmer and Carlos Sainz to establish himself as Renault’s lead driver since joining the revived works team in 2017.

The highly-rated German will have a race winner in the same team for the first time in 2019 following Ricciardo’s move from Red Bull.

Budkowski said: “I don’t think Nico was resting on any laurels. Carlos was a good push for him last year and we were very happy with the interaction of the two drivers.

“For Nico now having Daniel coming with his reputation as a very quick driver, as a very quick racer and overtaker, and proven himself as a race winner, he sees it as an opportunity to prove himself.

“His reaction was not at all unhappy that someone of the calibre of Daniel was coming, he was very happy about it. He feels it’s a great opportunity for himself to show what he’s capable of.”

Renault published a video with Hulkenberg at the end of 2018 in which the 31-year-old, whose seventh-place finish in the championship last year was his best so far in F1, answered questions from fans.

Asked what his reaction was when he knew Ricciardo would be his teammate, Hulkenberg joked: “I was devastated. I was on the floor. I was crying. It really hit me hard.”

Laughing, Hulkenberg added: “No, I was actually OK with it. It was good news.”

The intra-team battle between Hulkenberg and Ricciardo will likely be one of the most entertaining sub-plots of the 2019 season.

Budkowski said: “We’re going to have an interesting interaction there between two drivers who have never been competing against each other in the same team, who are both highly rated.

“But I don’t expect that to be a problematic relationship at all. Quite the opposite.” 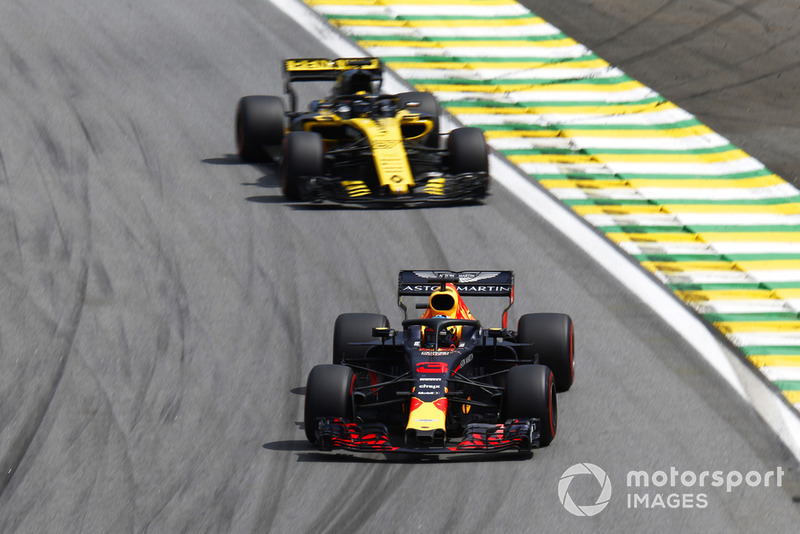