Nico Hulkenberg says he takes some pride in having "survived" for nearly a decade in Formula 1, despite the ever-growing threat posed by pay drivers.

The German, who once came close to a race seat with Ferrari, is highly regarded for his speed but has yet to take a podium in F1.

However, with Renault showing encouraging progress ahead of the arrival of Daniel Ricciardo in 2019, Hulkenberg has the best chance yet of getting that monkey off his back.

In an exclusive interview with Motorsport.com reflecting on his career, Hulkenberg said that while he still wants to achieve more in F1, there is some satisfaction to be taken from having stayed so long in the sport without having had major backers behind him.

“In a way that is an achievement," he said. "To still be here and have survived, I think it does say something about me and the driver I am.

“At the same time that sounds a bit sh*t also. And boring, you know? I want more.

“I have a very good team partner with Renault now, and obviously we have a target together and a vision, that we're fighting hard for and working for.”

Hulkenberg reckoned that the only time there was a serious risk of actually losing his spot in F1 was at the end of 2010 – when Williams dropped him in favour of the well-supported Pastor Maldonado.

“One time, obviously at the end of 2010, that was the most dangerous and severe time, let’s say, after my first year and when Williams didn't keep me on,” he said.

“Since then, there were teams out there valuing talent over money – which was good for me.”

Asked if he ever felt vulnerable, he replied: “Maybe yes, in a way. I never had the help of money in the background or, you know, it could be the cherry on the top a little bit, whereas some others had that to offer.

"But like I said, I had to do it through performance and convince that way.” 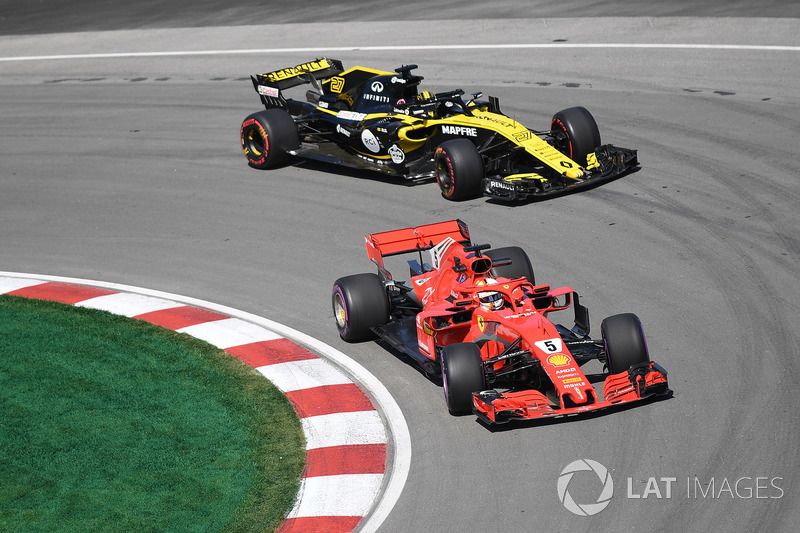 Hulkenberg came close to a breakthrough deal with Ferrari for 2014, as the Italian outfit weighed up a replacement for Felipe Massa.

But despite contracts having been drawn up, in the end Ferrari made a last-minute decision to sign Kimi Raikkonen as teammate to Fernando Alonso.

Looking back at that time, Hulkenberg admits that the Ferrari move had "seemed close" but says he does not waste time wondering what might have been.

“It seemed, you know, serious. It seemed close,” he said. “There were negotiations, there were contracts flowing about, being sent between lawyers, but it doesn't matter now.

"At the end it didn't happen, and yeah, the rest is history.”