Mar.7 (GMM) The promoter of the Indian Grand Prix has vowed to meet with Bernie Ecclestone and try to get the New Delhi race back on the 2015 calendar.

Following the sport's gripes with the Indian tax situation since the inaugural race in 2011, F1 chief executive Ecclestone said this week he does not plan to reschedule the race - which will also not take place this year - for 2015. 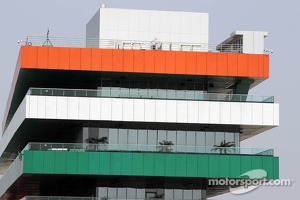 Sameer Gaur, boss of the race's non-governmental promoters Jaypee, said that in the wake of Ecclestone's comments, he will arrange a meeting with the 83-year-old.

"I will soon set up a meeting with Mr Ecclestone and talk to him directly over the matter," he told the Hindustan Times.

"As I have said earlier, I would want the race to return next year but let us see what comes out of the meeting with Mr Ecclestone."

The main issue for F1 in India is that the government has not officially recognised Grand Prix racing as a sport.

The sanctioning body Federation of Motor Sports Clubs of India (FMSCI) is pushing hard for a change.

"It's unfortunate but once the government gives the recognition I am very hopeful that Mr Ecclestone's concerns will be satisfied," said FMSCI chairman Akbar Ebrahim.

Williams Martini Racing puts the stripes back on the grid