Romain Grosjean remains open to being a substitute Formula 1 driver if he is ever needed, but is clear he considers his full-time career in the category a ‘closed book’. 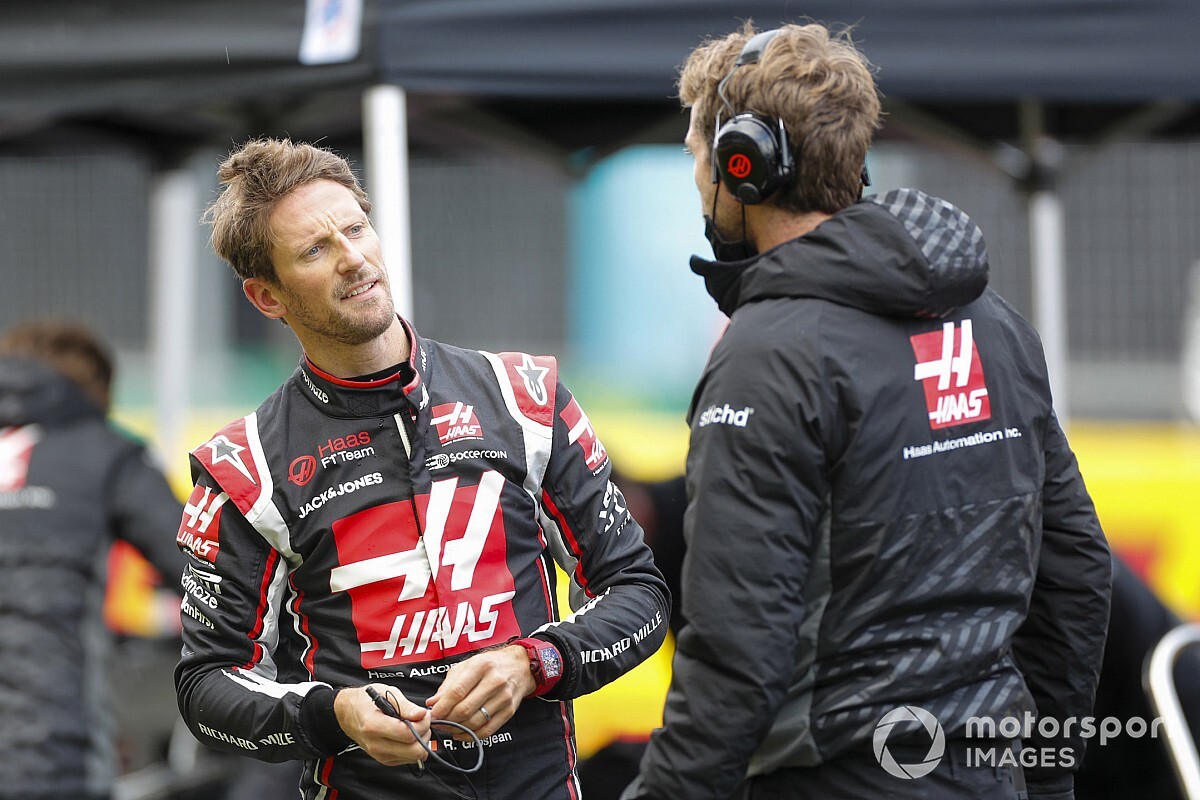 The Frenchman has just signed to race in IndyCar with Dale Coyne for 2021, after feeling that the American series offered him the best chance of getting back to winning ways.

But with ongoing uncertainty about the impact of coronavirus on the current F1 grid, with six drivers now having caught it, there is an increased likelihood of substitute drivers needing to be called upon at short notice.

Asked by Motorsport.com on Wednesday about if he would be interested in becoming such a super sub, or whether F1 was completely finished for him, Grosjean made clear that he would not be against the idea if an offer was there.

“I think it's a closed book, but never say never,” he said. “If there are any good opportunities in Formula 1, I would be more than happy to jump in.

“I've got the experience, and I think I can adapt myself to the car.

“We've seen with Pierre Gasly recently being positive with COVID, that COVID is still around, so there's always a risk that a driver may not compete in a race.

“Then, the most recent out of Formula 1 are Kevin [Magnussen], myself and Alex Albon, so we've got the experience and we know the most recent cars. So you could expect to get a call.

“But really, I think one thing I learned with my accident is that life is short and I want to have the choice to say no to something. And if it's being in Formula 1 to barely go out of Q1 once or twice a year, and having that, that chapter is closed for me.

“I'd much rather look at other places where I can go race and potentially try to win races.”

With Grosjean’s F1 career having ended abruptly after he escaped from a fiery crash in Bahrain last year, he remains eager to have a proper farewell to the category with a final test.

Last year, Mercedes boss Toto Wolff said that if Grosjean could not be offered such a chance by another team then it would be open to giving him a run.

Speaking about if plans for a test had moved on, Grosjean said: “I'm still very keen on jumping in the Mercedes F1 car for sure. It's an offer that you cannot refuse, and just for me to have an understanding of the taste of that car and how it was working.

“At the minute, I think they're absolutely flat out in building the new car for the new season. So I won't phone Toto right now, but he can expect to get a phone call, eventually, and me ask him to have a go at it."

He added: “The offer really touched me in a good way. I was surprised that it was such a natural way of going for it and obviously I would love to do it.