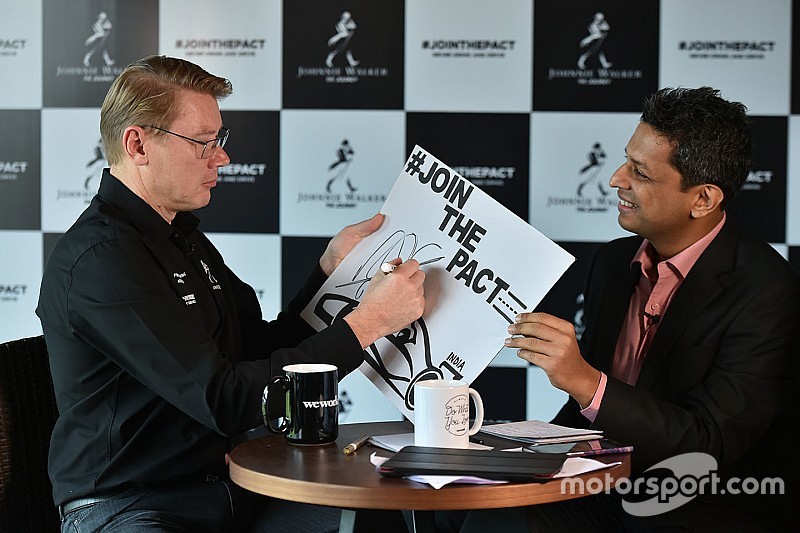 Here it is! Here's our Mika Hakkinen special episode. We spent much of the last weekend with the Flying Finn as he visited India to promote his 'Never Drink & Drive' campaign.

We had the former World Champion on our Facebook Live show as well on our podcast and yes, we did #JoinThePact in Hakkinen's presence. Have you?

In this week's special episode, we get Mika Hakkinen to review the 2017 Formula 1 Season, his views on the current superstar drivers (Hamilton, Vettel, Verstappen, etc.) and what he believes the future of his Finnish compatriots (Bottas & Raikkonen) will be. Also, what does he make of Fernando Alonso's quest to be the 'world's best racer'?

Apart from the current season, we discuss Hakkinen's career - his first win and what was his reaction when he lost most of his trophies to a house fire in 2008! Finally, is a Mclaren team management role on Hakkinen's mind, and outside of Formula 1, who is his most challenging rival? Tune in!