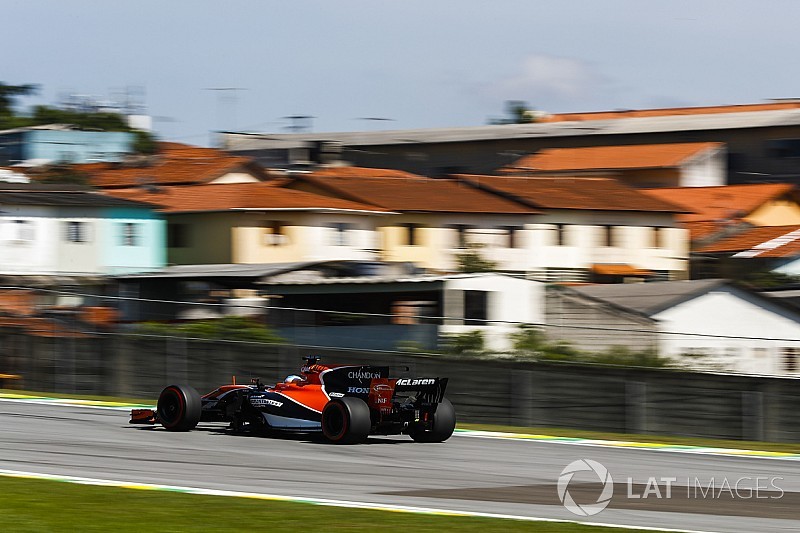 Formula 1 tyre supplier Pirelli has decided to cancel its planned test at the Interlagos circuit due to safety concerns at the Brazilian Grand Prix venue.

The two-day test, aimed at completing Pirelli's evaluation work on its 2018 tyres, was scheduled to take place on Tuesday and Wednesday with McLaren drivers Stoffel Vandoorne and Lando Norris.

However, following a robbery attempt on Sunday involving Pirelli staff, the Italian manufacturer announced on Monday that the test has been called off.

"Following a robbery attempt, neutralized by Pirelli security, on a Pirelli van at the Interlagos circuit last Sunday – after a weekend where similar episodes occurred with other teams – it has been decided to cancel the tyre test planned on Tuesday 14 and Wednesday 15 on the Brazilian circuit with McLaren," Pirelli said in a statement.

"The decision, shared with McLaren, FIA and Formula 1, was made in the interest of the safety of the personnel, both McLaren's and our own, who would have participated in the test."

McLaren added: "We have jointly decided with Pirelli to cancel this week’s tyre test at Interlagos. The safety of our people has always been our top priority, and, given recent events, we felt that it was an unnecessary risk to proceed."

Apart from the Pirelli incident on Sunday, members of the Mercedes, Williams and Sauber teams were involved in another two separate attacks outside of the circuit during the grand prix weekend.

Although there were no injuries in the attacks, questions have been raised about the security of the venue after organisers had promised additional police around the circuit following the first incident.

World champion Lewis Hamilton had been one of the most vocal drivers in expressing his dismay at the situation.

"The most frustrating thing is that I've been in Formula 1 for 10 years and every single year that has happened to somebody in the paddock, and it continues to happen," he said.

"It's an issue I'm sure the government here are fighting, but I think maybe on this weekend, there are protocols that should be put in place to help, like for example when we go to Mexico, which weren't there for these guys.

The cancellation of the test should mean Formula 3 European champion Norris is able to make it to the Macau Grand Prix on time.

He had expected to miss opening practice for the F3 showpiece while travelling from the McLaren test.