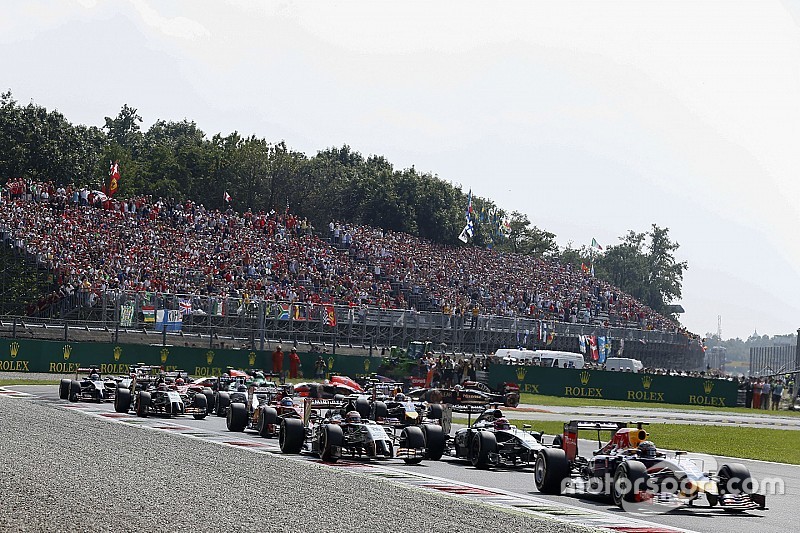 The threat to Monza’s status as the home of the Italian Grand Prix, which has been on the F1 calendar every year since 1950, caused outcry when it became public earlier this year that the track was struggling to make the necessary financial commitments to host the race.

The governor of the Lombardy region in which Monza is found, Roberto Maroni, told Italian newspaper Gazzetta dello Sport last week: "With a tax-free investment we can close the deal with Bernie Ecclestone by early September.”

Speaking to Motorsport.com, both Pirro and Liuzzi expressed relief that a recent investment is set to bolster the long-term future of the Italian Grand Prix.

“Tradition plays a big part in our sport, it is easy to see that,” said Pirro, who raced in F1 for Benetton and Scuderia Italia between 1989 and 1992.

“Of course F1 has to look at new markets and new frontiers. However, it is so important to preserve the identity of the sport, and that is why I am happy that it seems the government here have found a way to keep the Grand Prix at Monza.

"After all, you can buy a lot of things with money but not history and tradition. There must be room for that within F1, in my opinion.”

Liuzzi, who competed in 80 Grands Prix for Red Bull, Toro Rosso, Force India and HRT also welcomed the news that a financial package is close to sealing Monza’a future as the Italian Grand Prix venue.

“The Italian Grand Prix is part of the essence of F1 and the public in Italy," he said. "I cannot think of an F1 without Monza, it is very difficult. The passion and history you can almost feel there.

"I hope the solution is real and that it can go on and on. Monza is a very special atmosphere, very unique.”

Modified designs to the Rettafilo and Roggia chicanes in the first sector of the 3.60 mile Monza circuit would make for a more challenging and interesting challenge according to Pirro, who cut his racing teeth at Monza in the early 1980s.

Pirro believes that the first two chicanes on the hallowed track could be given a makeover to enhance the overall test of the circuit.

“Ascari is a really nice corner, and really you cannot call it a chicane, can you?” Pirro said.

“So I think the first two chicanes should follow the Ascari and be more free-flowing, maybe like the Mulsanne chicanes at Le Mans. These are medium speed, turns that are a challenge without being a funnel.

"I think potentially something like this in the future would give the Monza track nice refreshment and keep the spirit of the place, in terms of a driving challenge.”