Join us as we delve into the latest technical developments on display at the Italian Grand Prix at Monza, courtesy of Giorgio Piola and Motorsport Images. 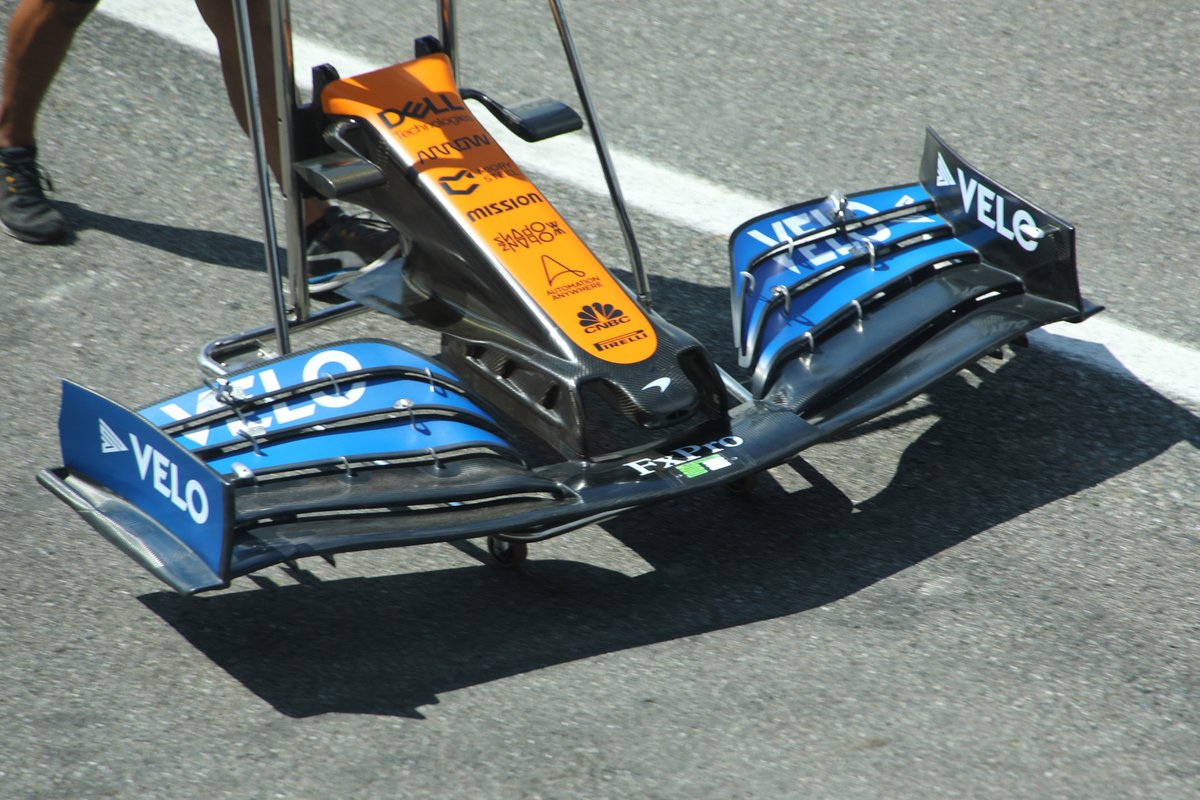 1/12
Most of the focus on downforce and drag reduction is on the rear wings at Monza but, in order to balance the car, the front wing is also run with a lower angle of attack and usually with a slimmer upper flap. 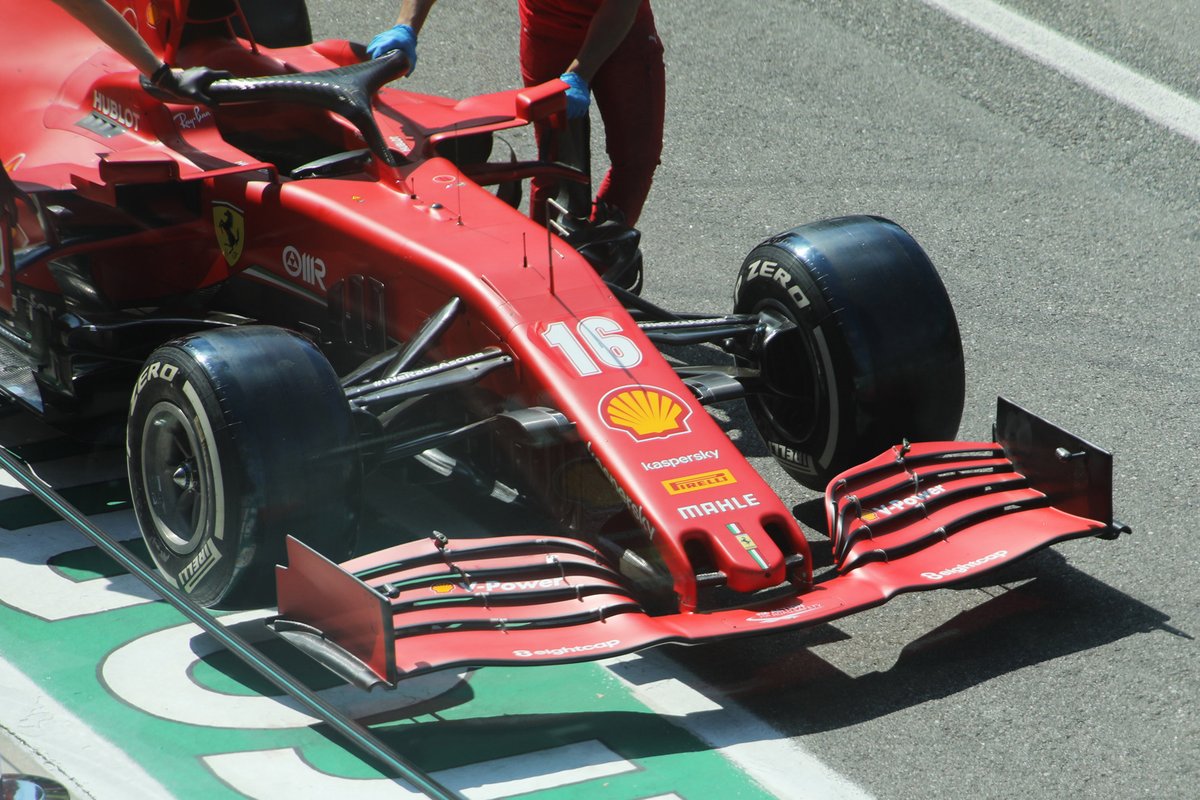 2/12
This specification wing was briefly tested by Charles Leclerc in Belgium last week, along with a lower downforce rear wing. 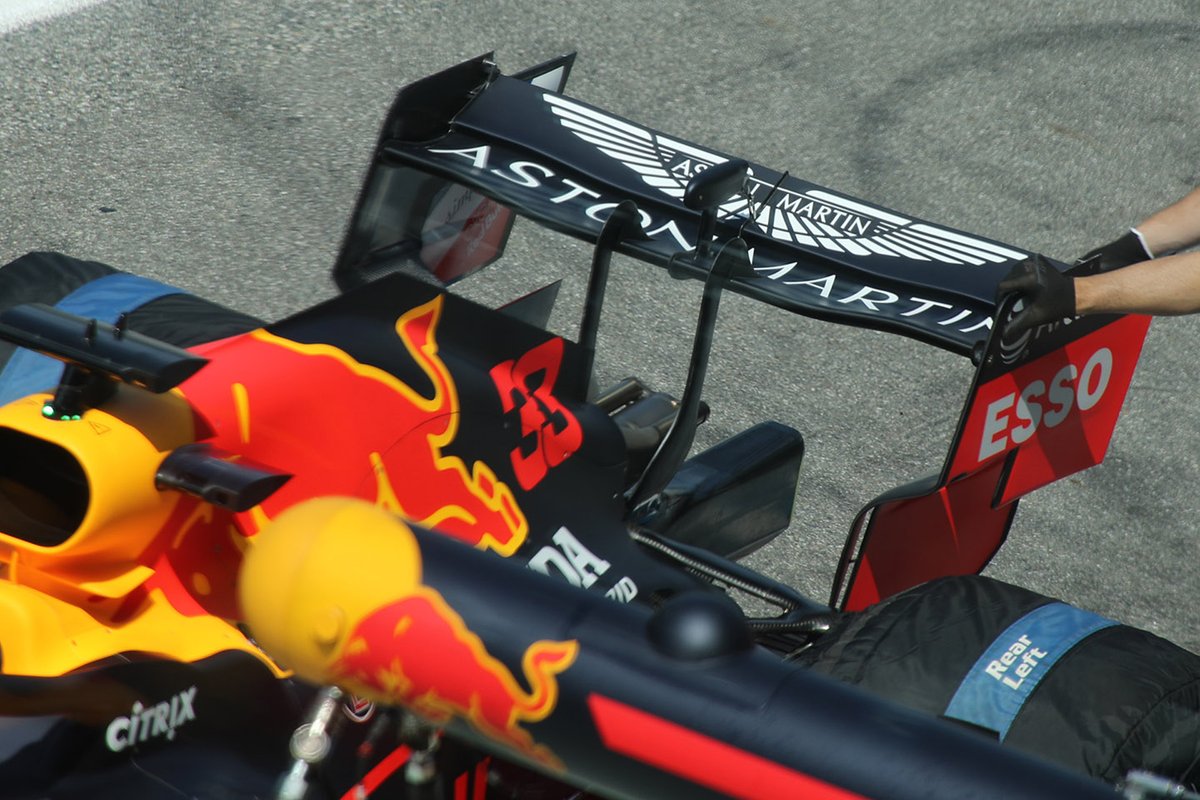 3/12
Red Bull ran a particularly skinny rear wing at the Belgian GP in an effort to offset the power deficit to Mercedes but for Monza it’s gone a stage further, running without the trailing edge Gurney on the upper flap, which itself is cut back further still. 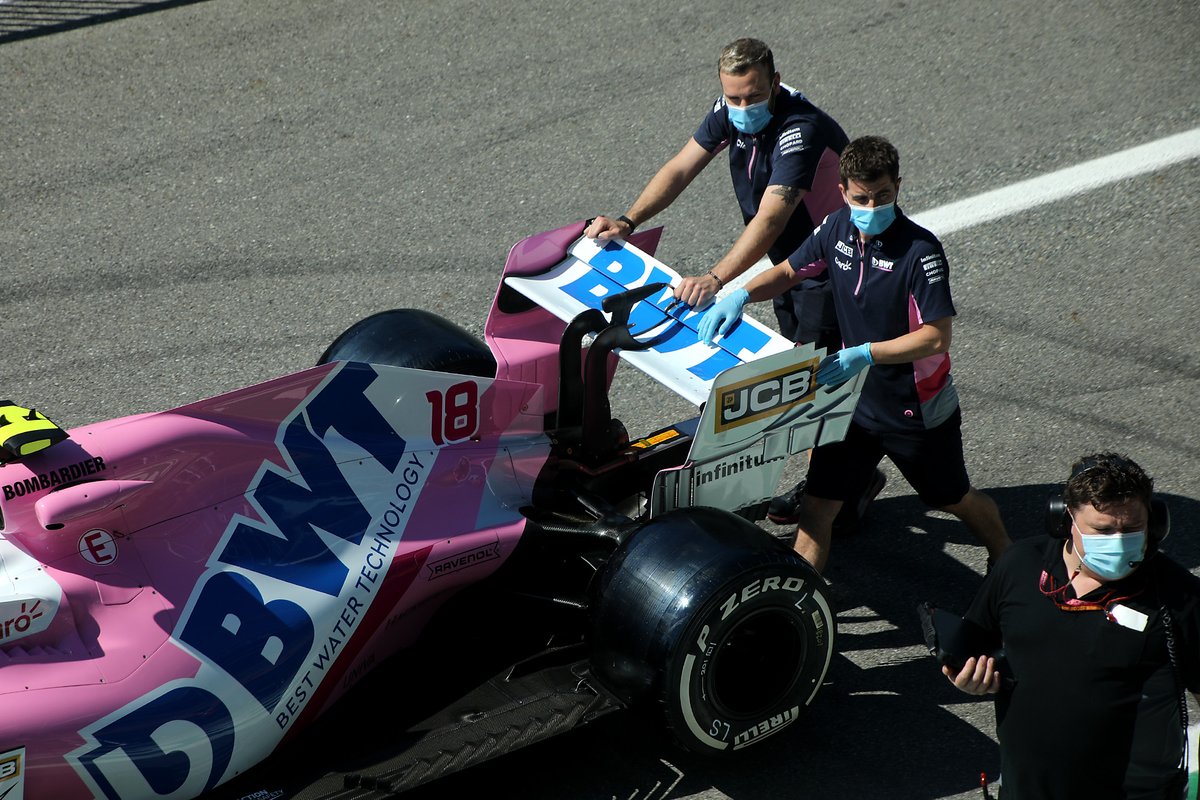 4/12
The Racing Point rear wing has been modified slightly since its last outing at Spa, with the team running less angle of attack on both profiles, while the upper element is devoid of the Gurney flap on the trailing edge. 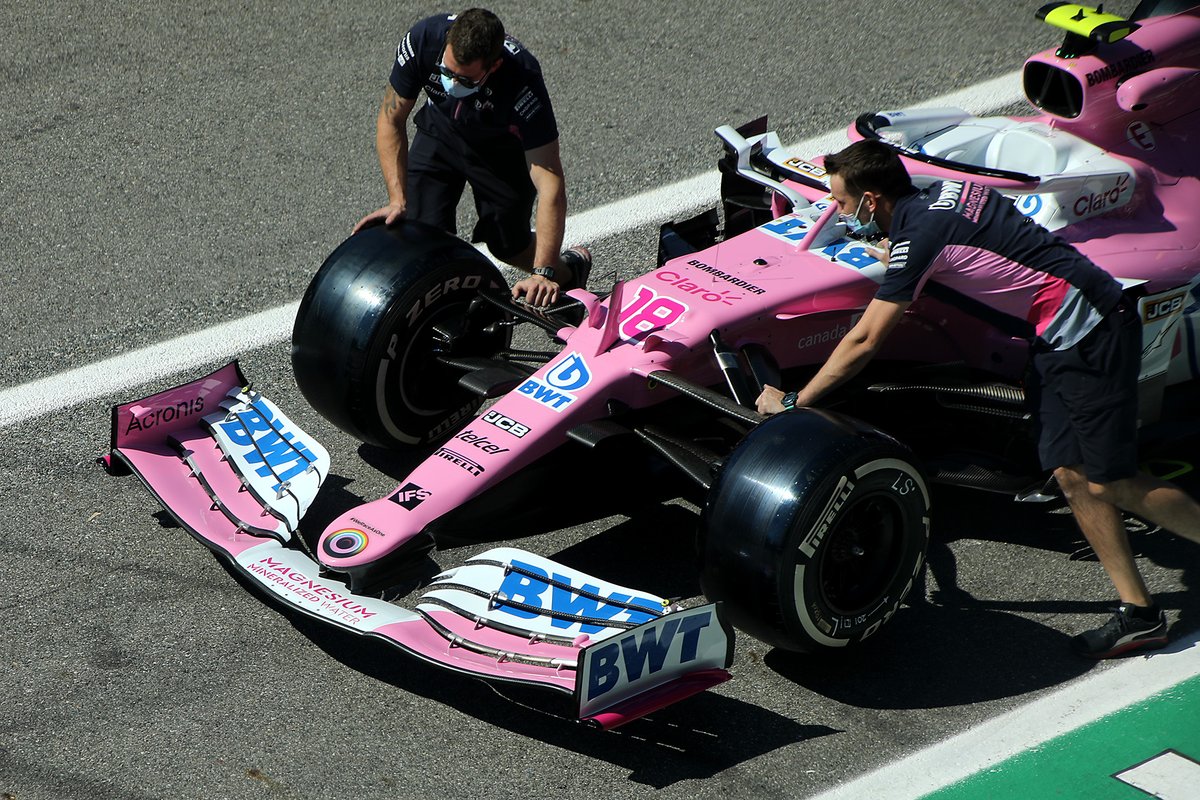 5/12
The requisite changes have been made on the front wing too, in order to achieve the right balance, as the upper flap has been cut accordingly. 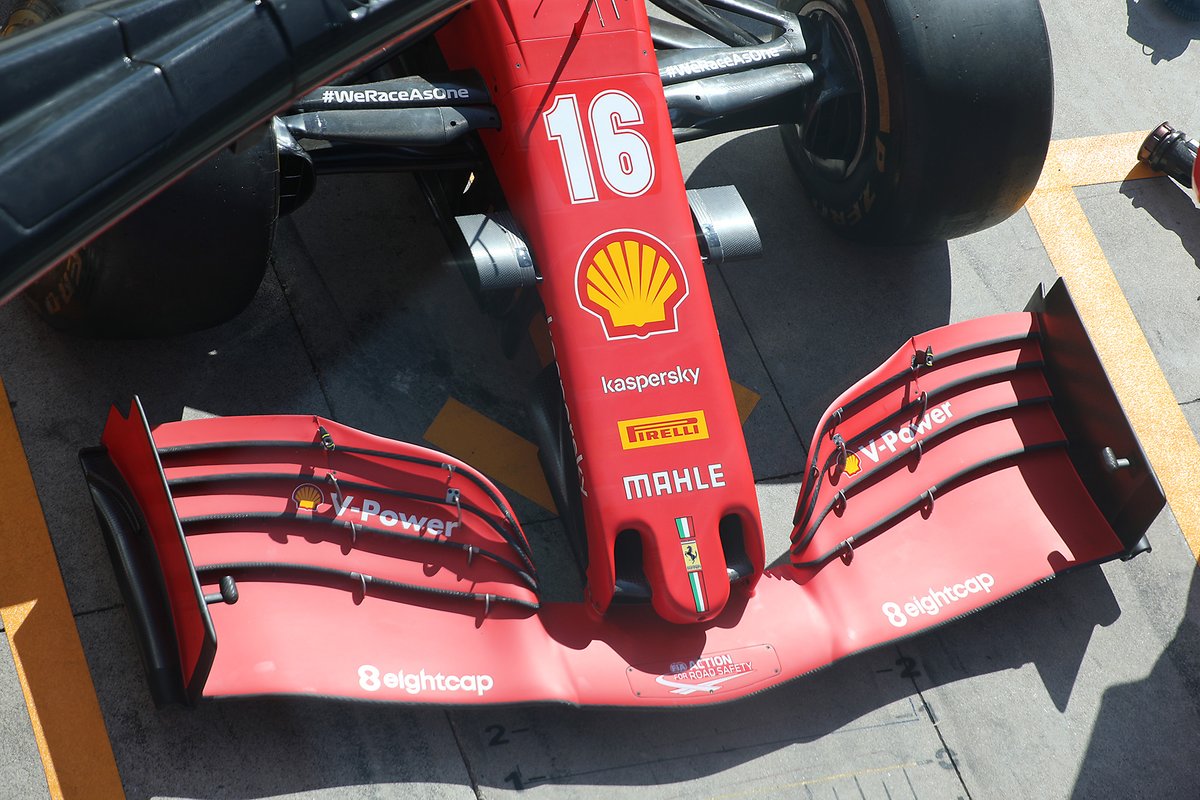 6/12
A top-down overview of Ferrari’s front wing which shows how little of the uppermost flap remains. 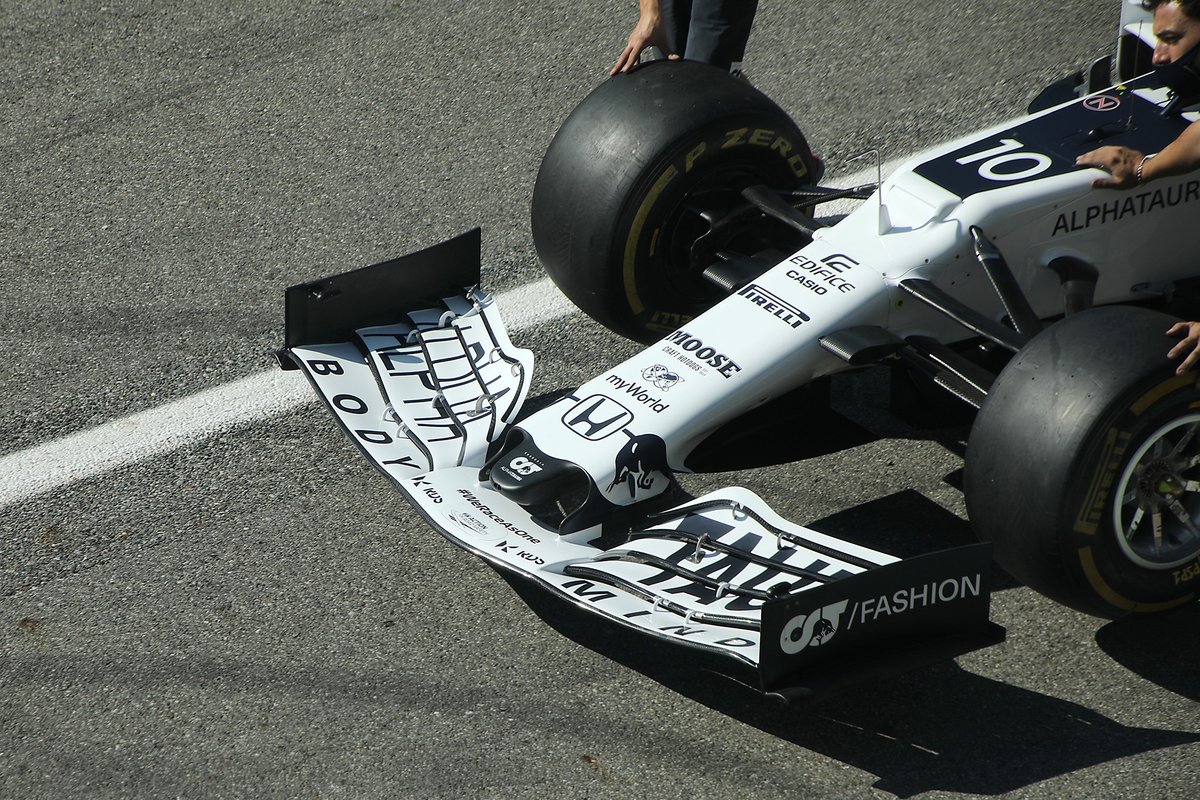 7/12
The front wing on the AlphaTauri AT01 has also had the upper flap cut down to trim the car out for the demands of Monza. 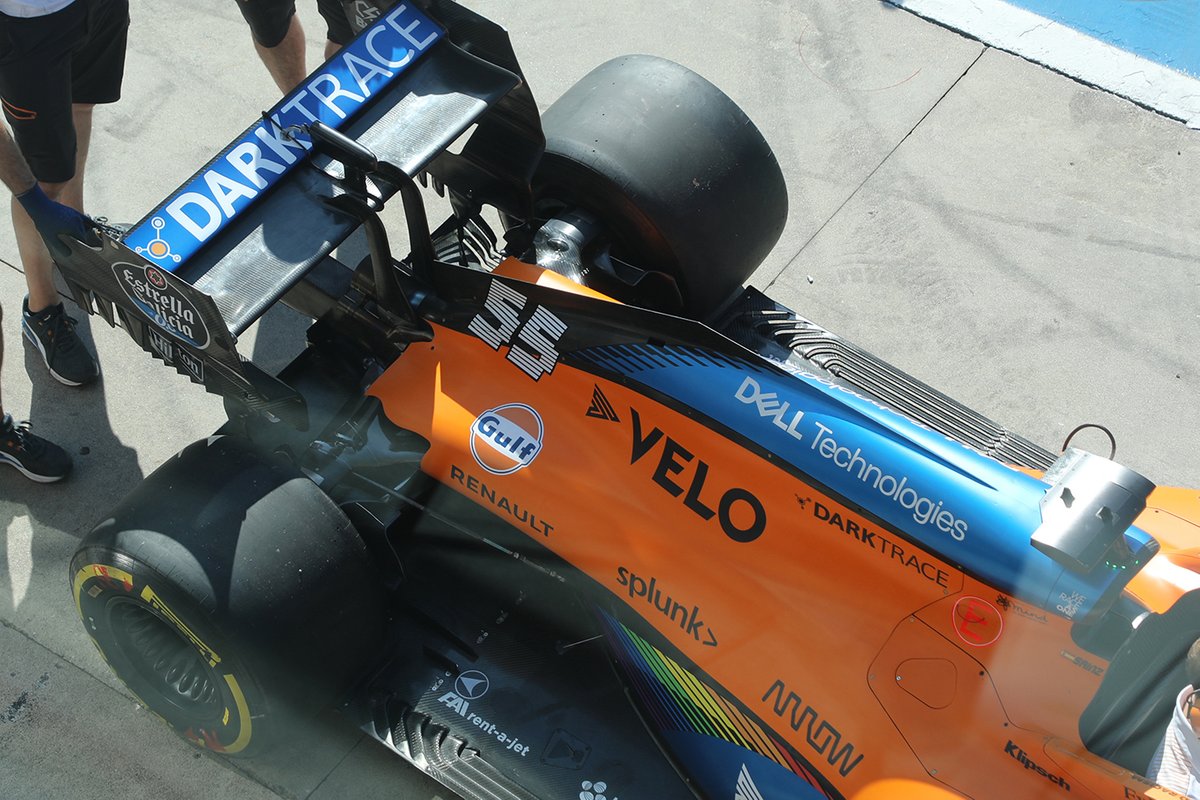 8/12
Having opted for a relatively high downforce level at Spa, McLaren has installed a much lower downforce rear wing on the MCL35 for the Italian GP. 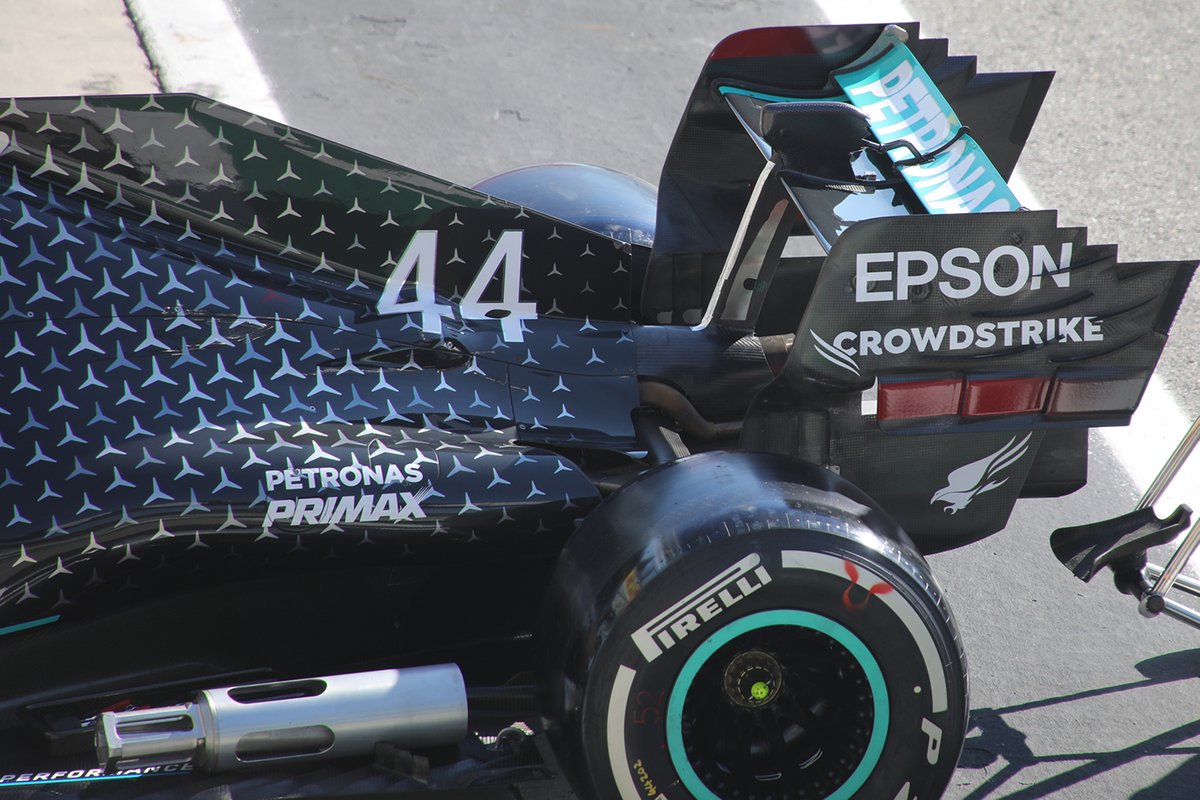 9/12
Mercedes had this lower downforce rear wing at their disposal at the Belgian GP but opted for something more substantial so it could balance the car and make gains through the trickier second sector. The height differential of the mainplane compared with the previous specification can be seen by the stubbier DRS actuator pod. 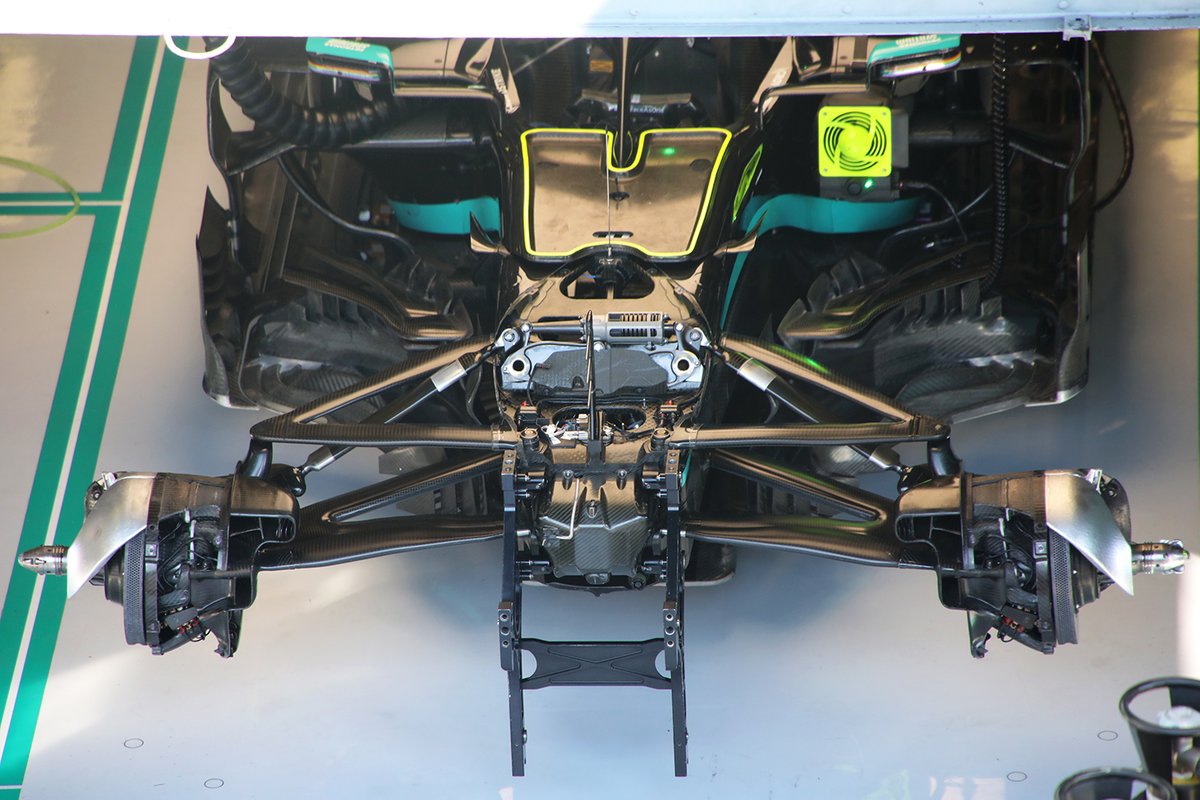 10/12
A great picture of the Mercedes W11 here during the buildup phase, as we can see the brake assembly without the drums attached, the heave damper on full display and a unique view of the bargeboard region which shows the various serrations and slots that have been made in the main structures. 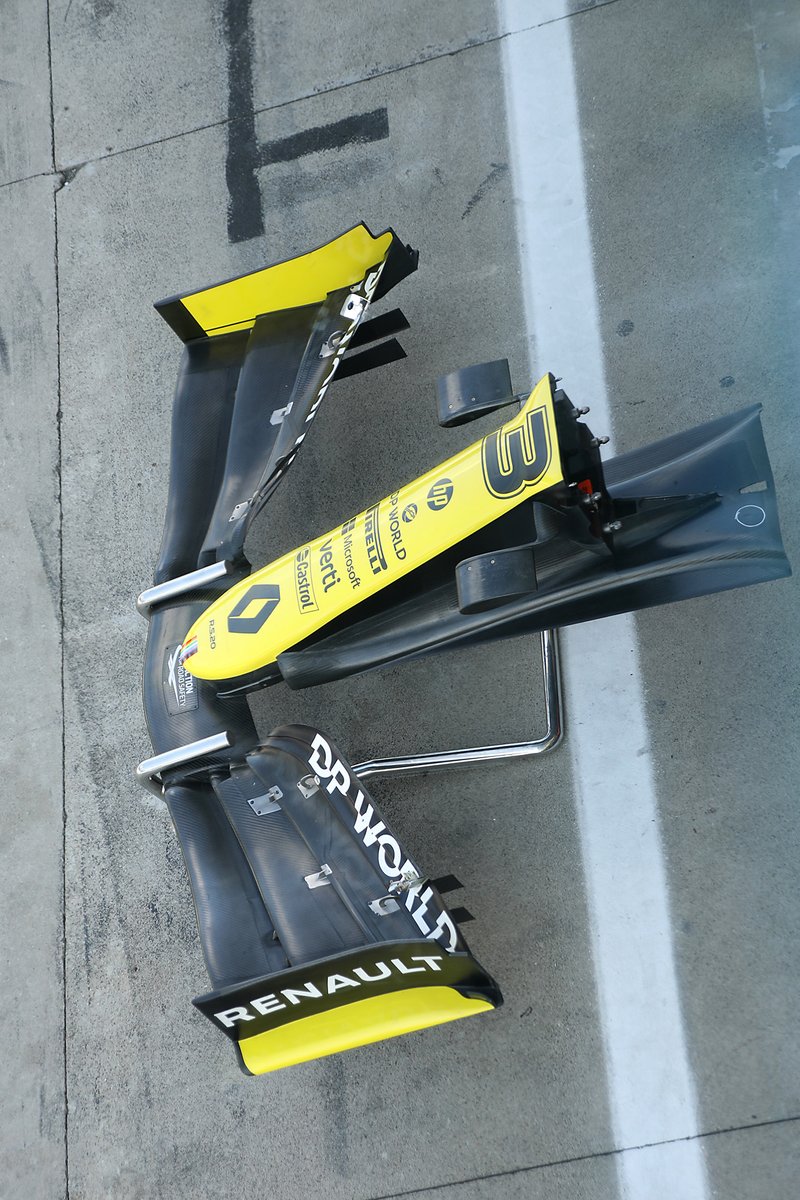 11/12
Looking down into the pitlane, this shot of the Renault RS20’s front wing and nose shows how far the cape stretches back under the chassis in relation to where the nose finishes. 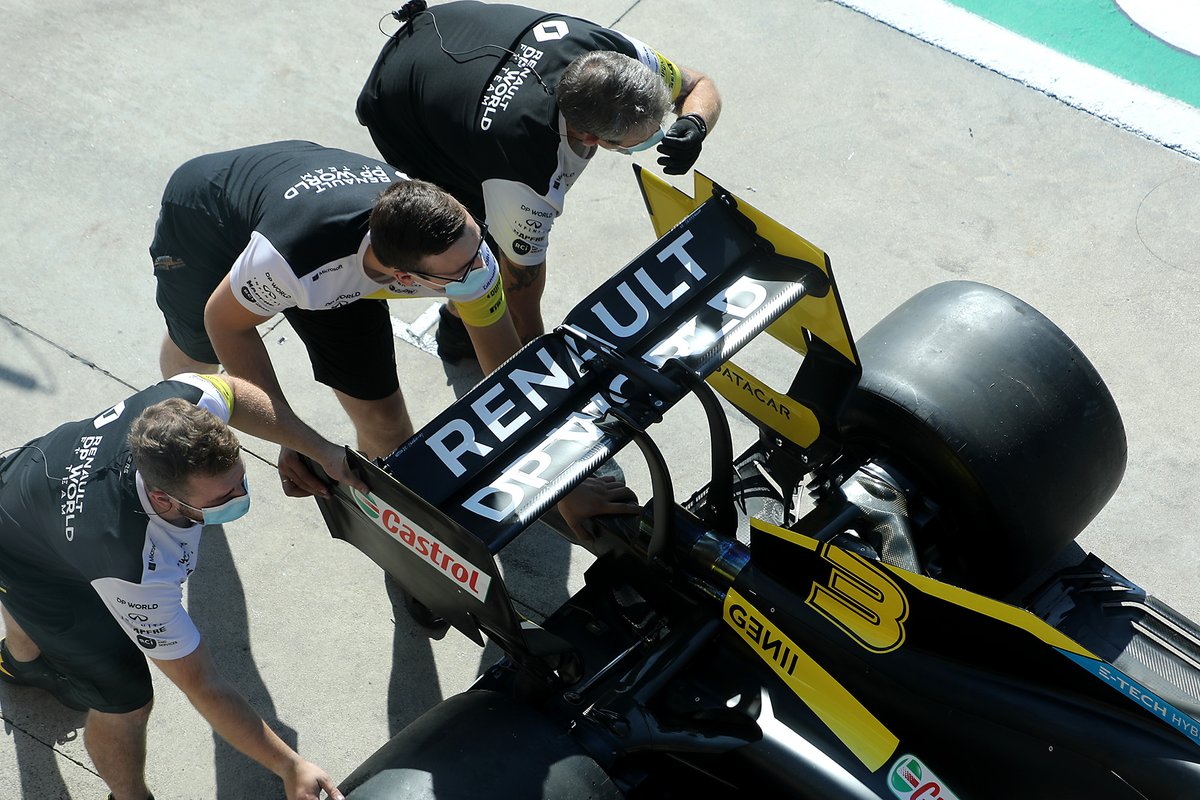 12/12
Meanwhile, at the rear of the car, the team already ran in a very low downforce configuration last weekend and so there’s only a small difference in specification for Monza.

Alfa Romeo CEO Jean-Philippe Imparato says the company is in “no hurry” to make a call on its long-term future in Formula 1.

Lewis Hamilton says maintaining his record of winning a race in every Formula 1 season he has competed in has “zero importance to me.”

Interview: How F1's helicopter footage was brought to a higher level

The ever increasing quality of Formula 1's helicopter camera work has made it an indispensable part of the broadcast. We went behind the scenes to find out how F1's spectacular aerial shots come together.

Have you ever wondered what a Formula 1 team principal actually does at a grand prix? GP RACING followed Aston Martin team principal Mike Krack to open a window into the TP’s race weekend world…