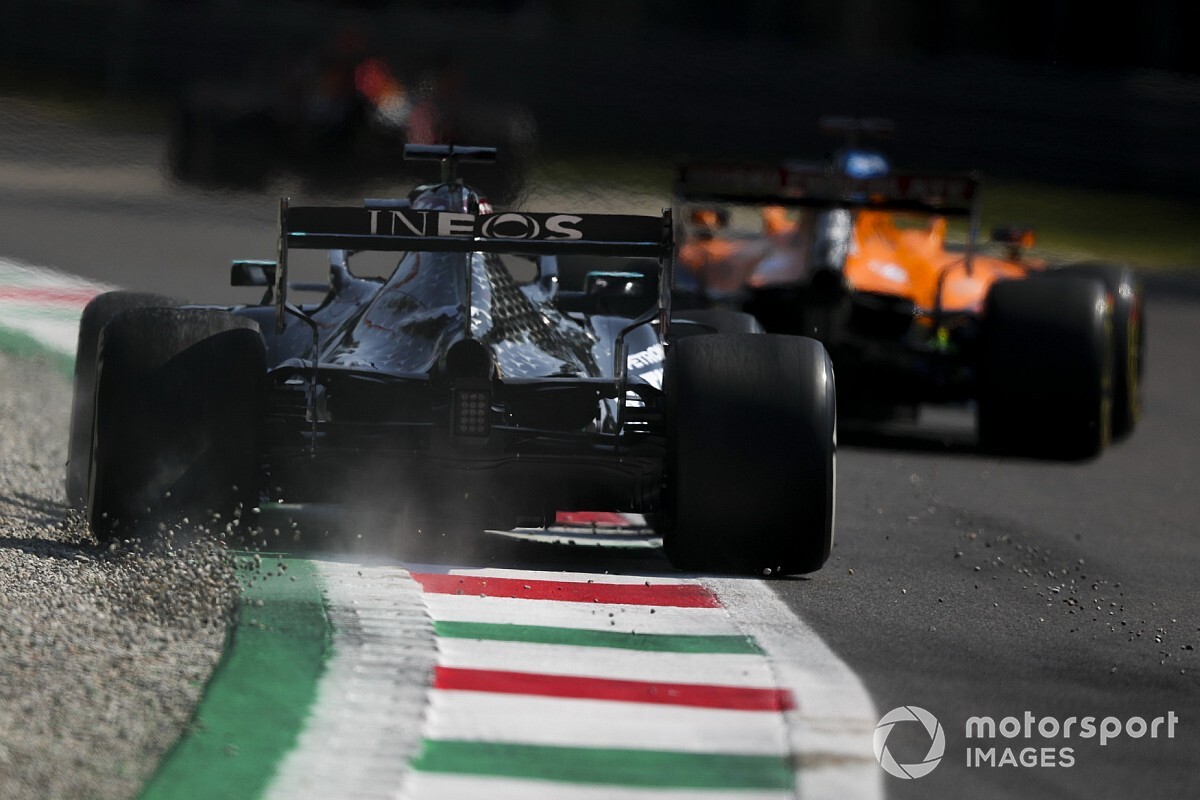 Lewis Hamilton set the pace on the opening day of Italian Grand Prix practice at Monza on Friday for Mercedes, as he seeks to extend his F1 World Championship lead.

Mercedes dominated both Friday practice sessions, with Valtteri Bottas outpacing Hamilton by just under a quarter of a second in FP1.

Alex Albon was third for Red Bull Racing, almost eight tenths off the pace, as teammate Max Verstappen crashed at the Ascari chicane, damaging the front end of his car – although he was able to drag it back to the pits, minus its front wing.

Verstappen rejoined the session late on and ended up in fifth place, the meat in an AlphaTauri sandwich. Daniil Kvyat was an impressive fourth fastest, with teammate Pierre Gasly in sixth. Sergio Perez was seventh for Racing Point, ahead of McLaren’s Lando Norris (although they set exactly the same time), Daniel Ricciardo (Renault) and Carlos Sainz (McLaren).

In the second session, Hamilton reversed his deficit to Bottas, setting the fastest time of the day at 1m20.192s, which was 0.262s quicker than his teammate.

Norris suffered an engine problem, which meant his soft-tyred run was delayed until the end of the session, and he jumped from 14th to third, nine tenths of a second off the pace.

Gasly was fourth fastest this time, although he reported a car problem towards the end of the session, ahead of Verstappen, Sainz (who suffered a grassy off at Lesmo 1) and Kvyat. Lance Stroll was the fastest Racing Point this time, with Leclerc rising to eighth, ahead of Perez and Renault’s Esteban Ocon.

Vettel was 12th and spun on his race-run simulation at the exit of Lesmo 1, but he was able to bring the car back to the pits. Leclerc also had a huge moment there in the closing minutes of the session but escaped with a trip through the gravel.

Vettel says Ferrari's car a "handful" to drive at Monza