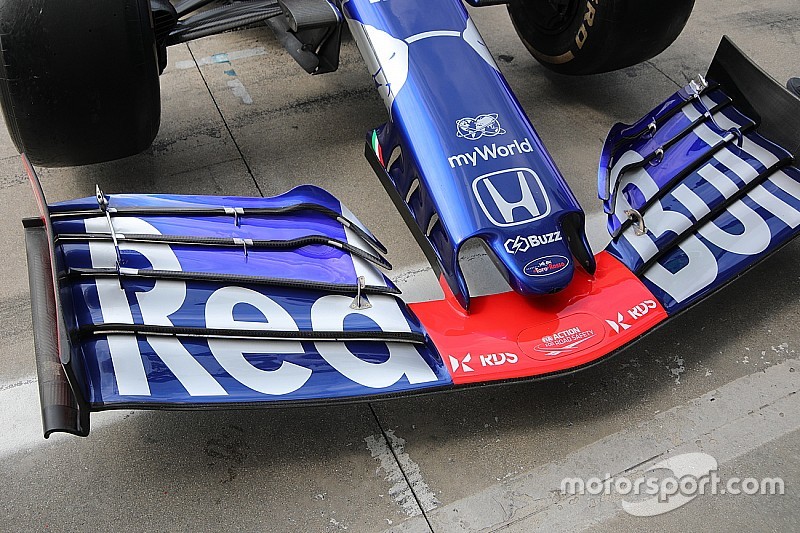 Giorgio Piola and Sutton Images bring you the Formula 1 technical updates on show in the Monza pitlane at the Italian Grand Prix, giving insight into the relentless development undertaken by the teams in pursuit of more performance. 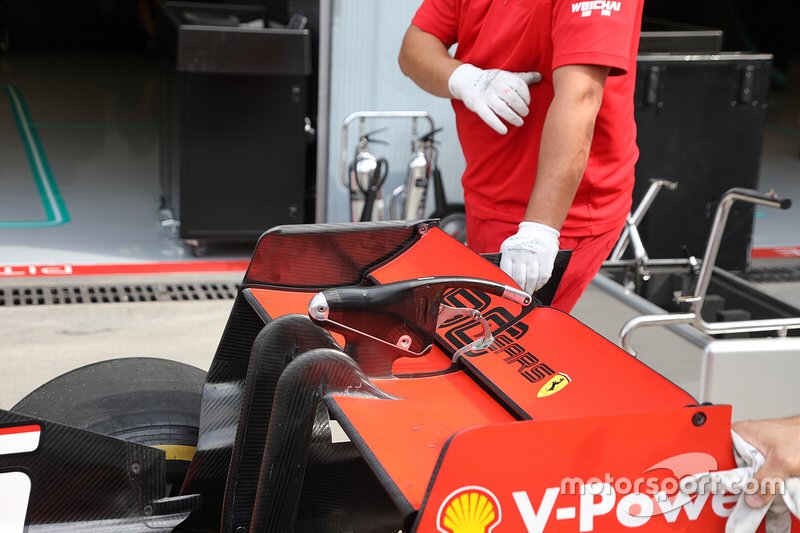 Ferrari’s low downforce rear wing is a fairly simple affair with a low angle of attack to reduce drag. Also note the sculpted upper edge of the mainplane, which is pared back in the central portion to undoubtedly alter the tip vortex and with it the drag being created. 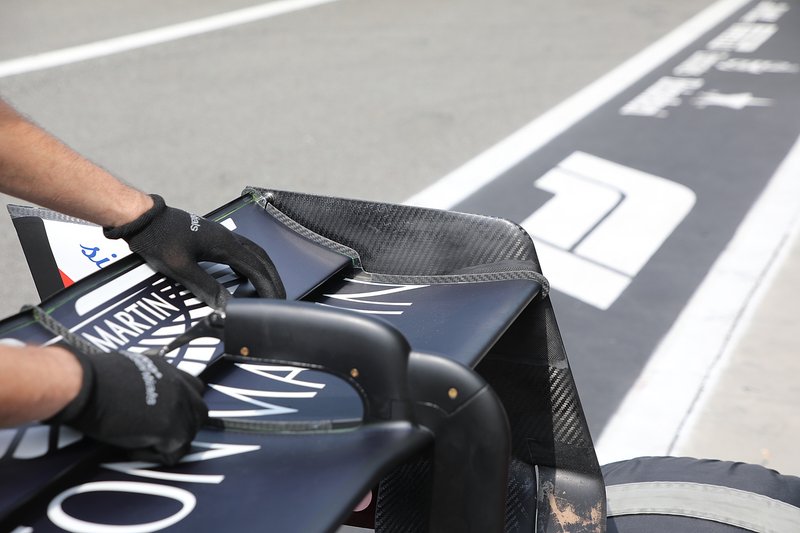 Red Bull’s RB15 is sporting a very low downforce rear wing design as it looks to offset any power unit disadvantages it may have against rivals. 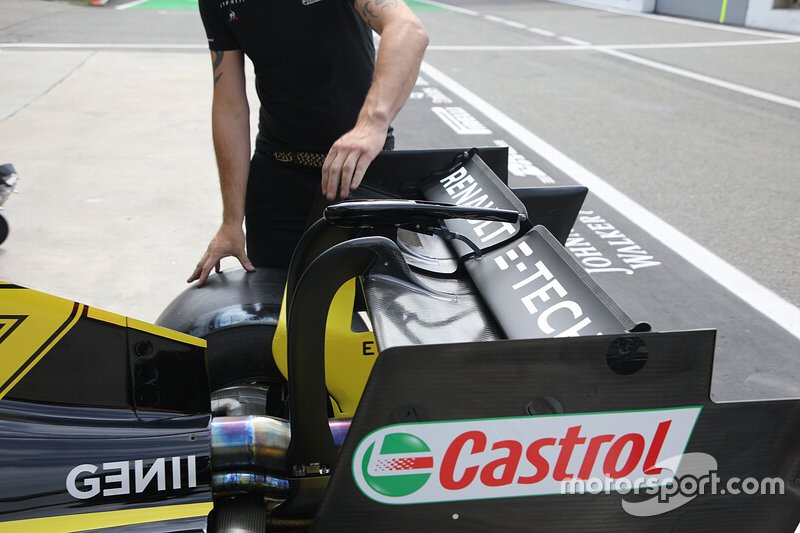 Here’s Renault’s low downforce effort, designed to both reduce drag for the long straights but also balance the car when needed. 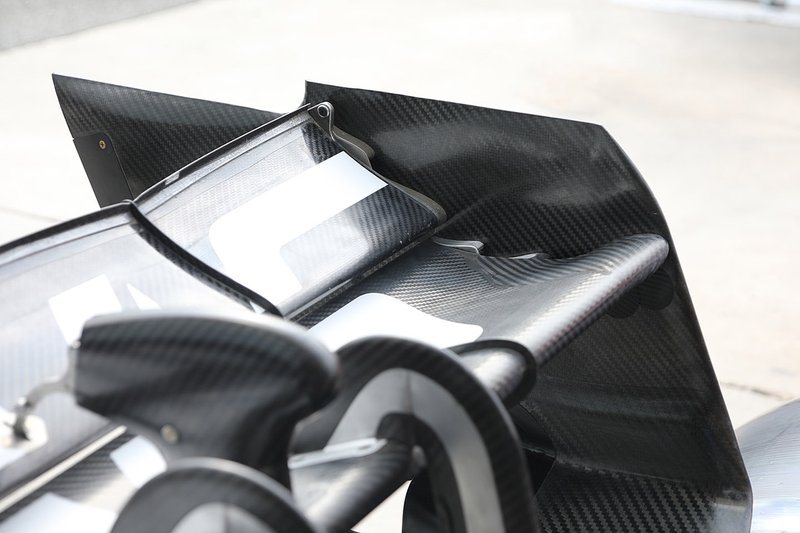 Haas will look at using a low downforce rear wing at Monza, a design which features far less inclination of the flap and a curvature on the trailing edge which meets with the slot gap separators. 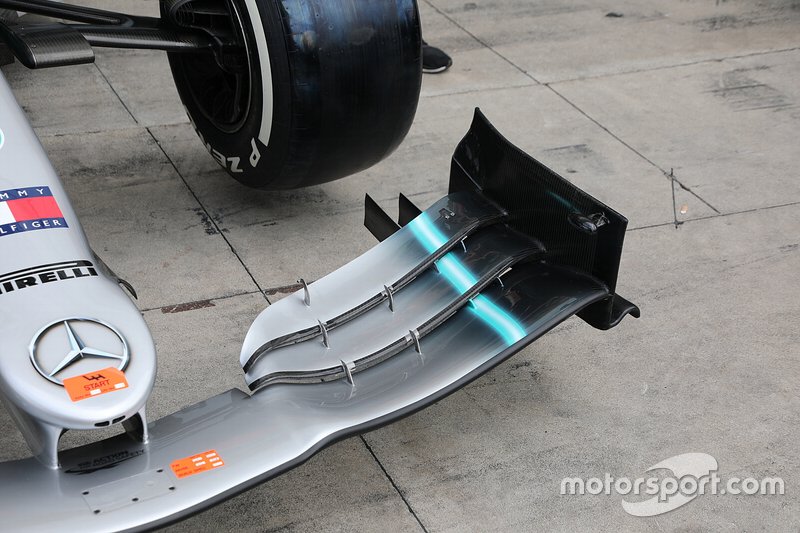 This image may make it look like Mercedes is planning on running a very low downforce front wing assembly, with just three elements, but the team has a new setup arriving at the track for Free Practice. 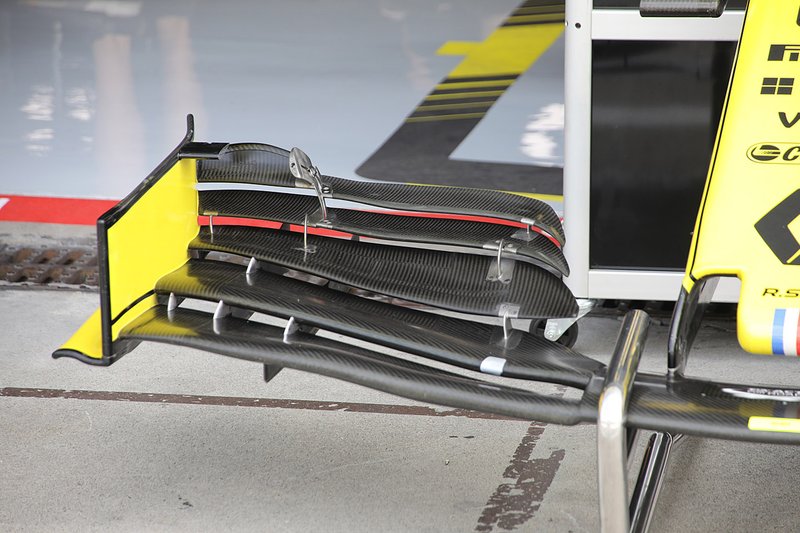 Renault’s Monza-spec front wing is typical low downforce fare, with a large portion of the inboard section of the upper flap trimmed back. 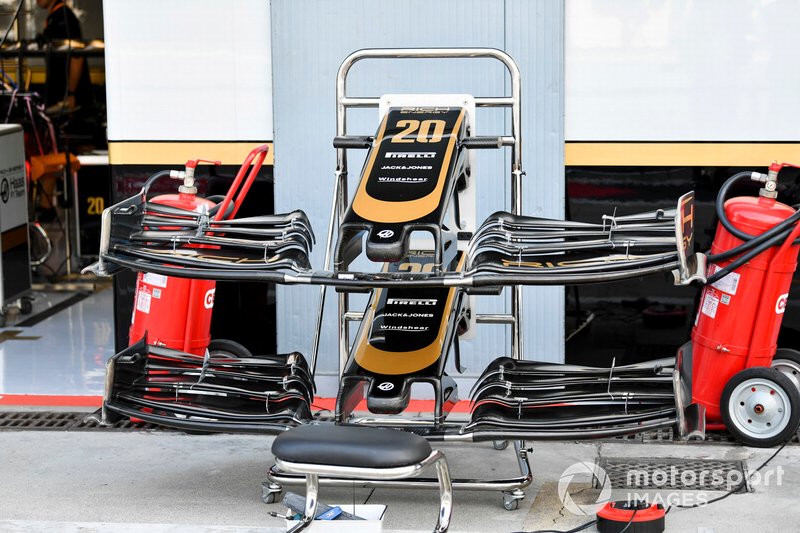 Haas has opted for their usual ‘dipped in the middle’ approach, as it looks to compromise on some downforce and reduce drag. 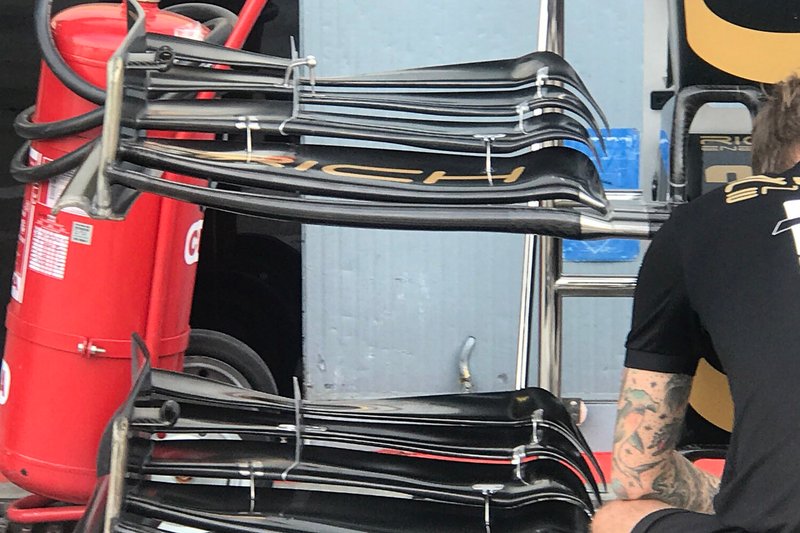 A close up of the Haas wings, note how there’s no adjuster fitted to the lower of these two wings. 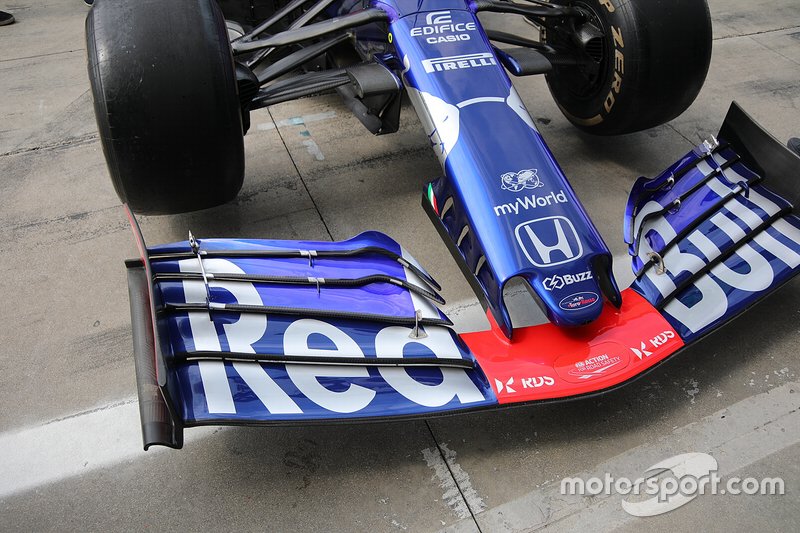 Toro Rosso has shown its hand already, as the front wing has a redesigned flap stack, with all three tips of the upper flaps at the inboard end, altered to affect the vorticity of the Y250 airflow. This is married to some modifications to the mainplane below, which will also have a bearing on the potency of the Y250 vortex. Meanwhile, the upper flap has been cut back significantly to help boost straightline speed. 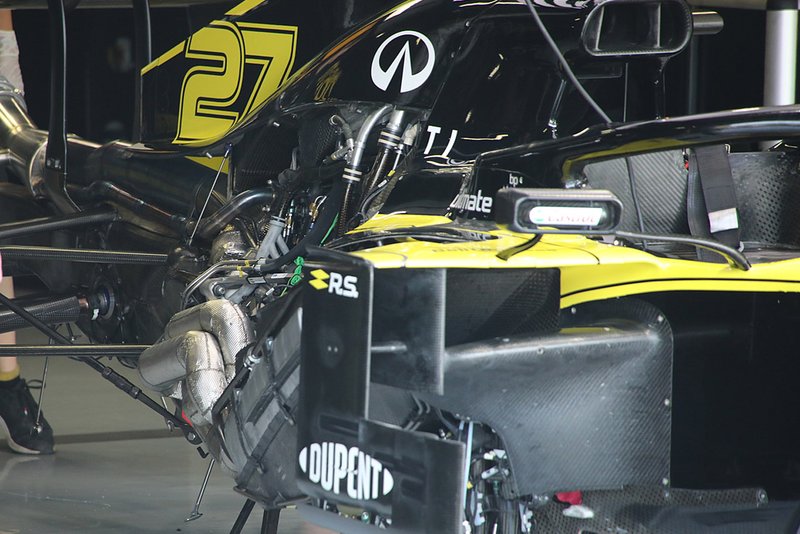 A look inside the Renault garage gives us a great view of the power unit and its installation, note how the wastegates pipework has been crushed and tapers to coincide with the shape of the crash structure. 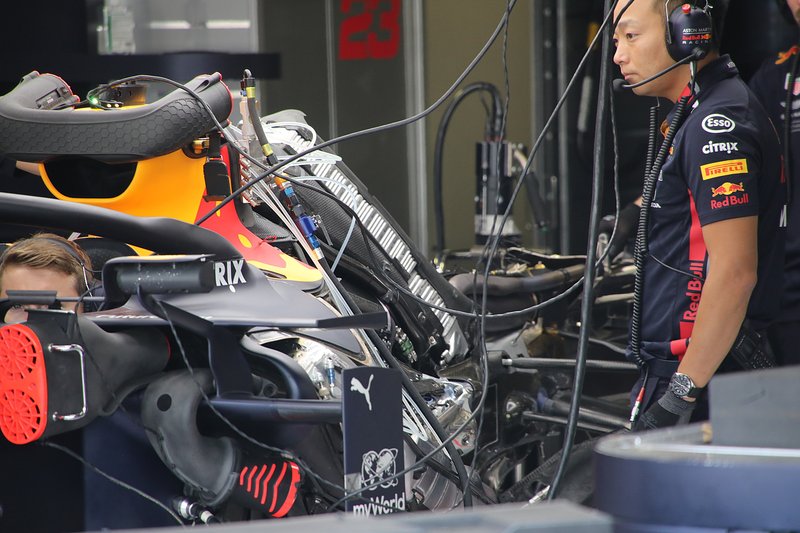 This shot of the Red Bull RB15 shows how the team has opted to straddle the power unit with some of the ancillary components. 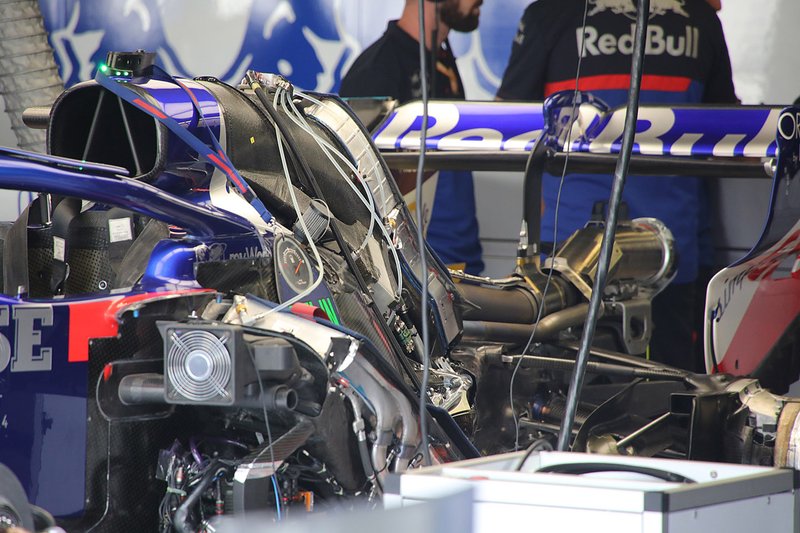 Likewise, its sister team, who had a head start in its working relationship with Honda, have also committed to placing some of the ancillary components over the back of their power unit. 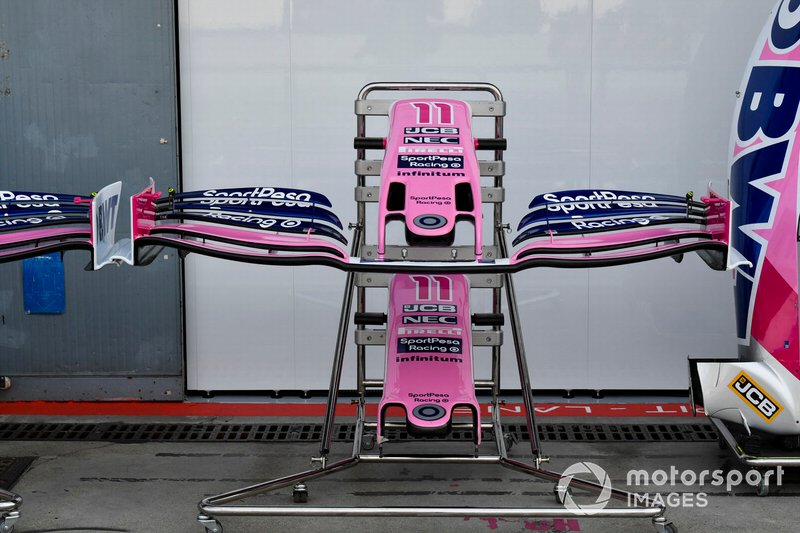 Racing Point introduced a new nose solution in Belgium (lower) but still has the old specification on site as an option. 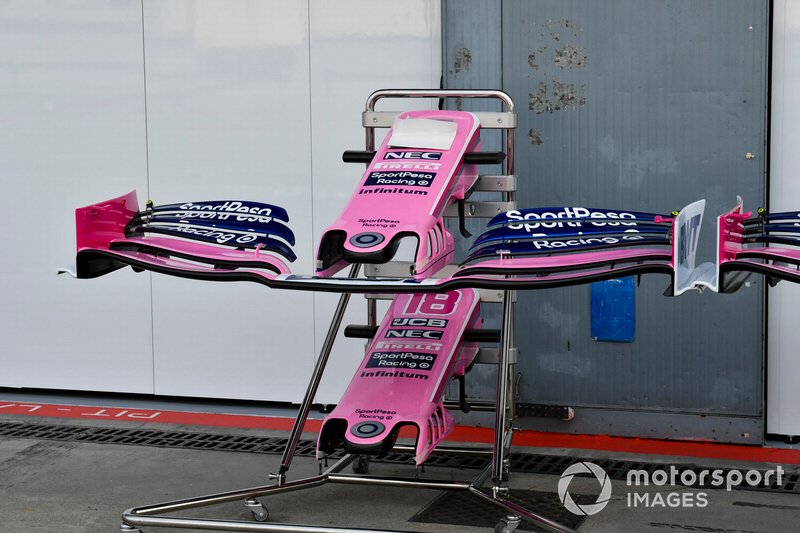 It could be argued that the new solution is actually more simplistic, but that’s not always a bad thing. The newer solution has a thumb-style tip to comply with the nose height regulations and features a set of elongated wing pillars, furnished with three slots. 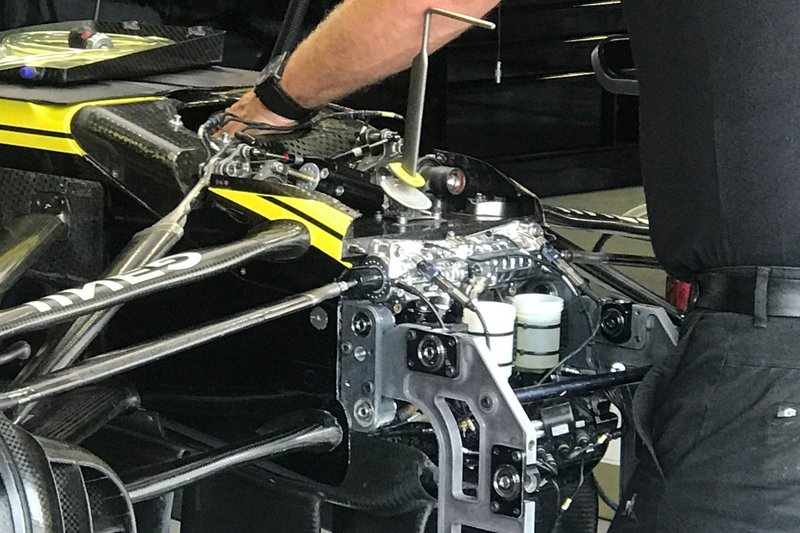 A look at the inner workings of Renault’s front suspension, steering rack and brake cylinder placement. 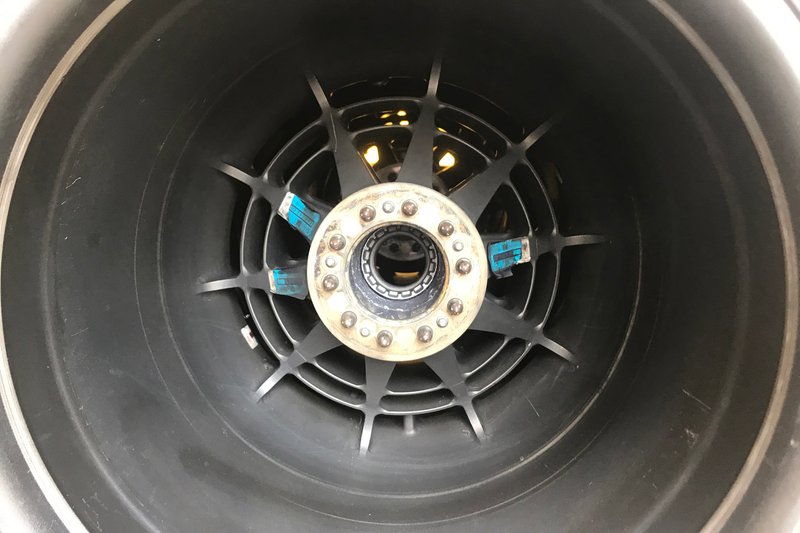 A look inside Renault’s wheel rim, note the lug nuts used to locate the rim on the axle. 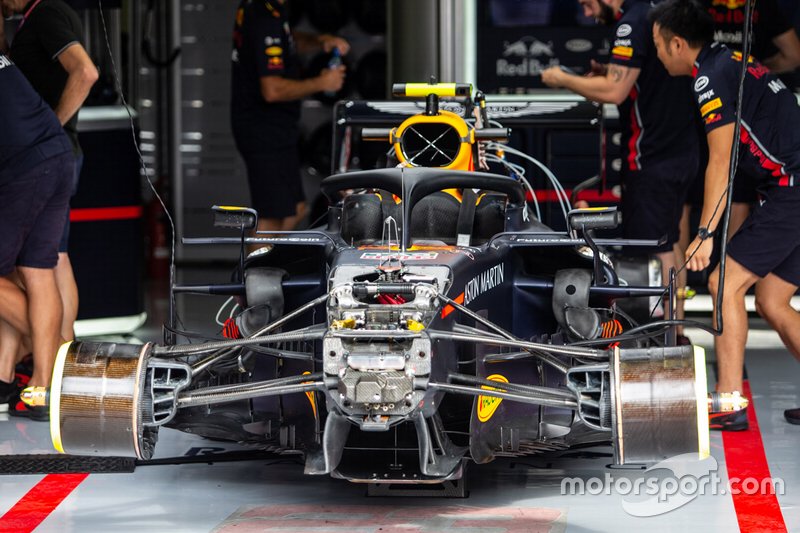 There’s plenty to talk about in this image of the Red Bull RB15 - from the kiel probe array that’s mounted in the airbox for FP1, to the closed off brake drums, to the exposed detail of the front suspensions heave element, to the great view we have of the lower part of the bargeboards, to the extremely skinny rear wing in the background. 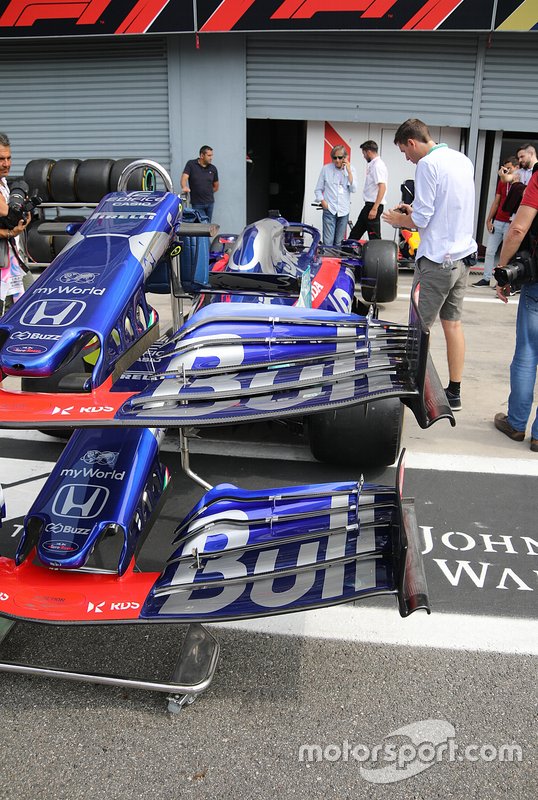 A comparison of the two front wing specifications on offer at Toro Rosso - the lower of the two being the Monza spec.