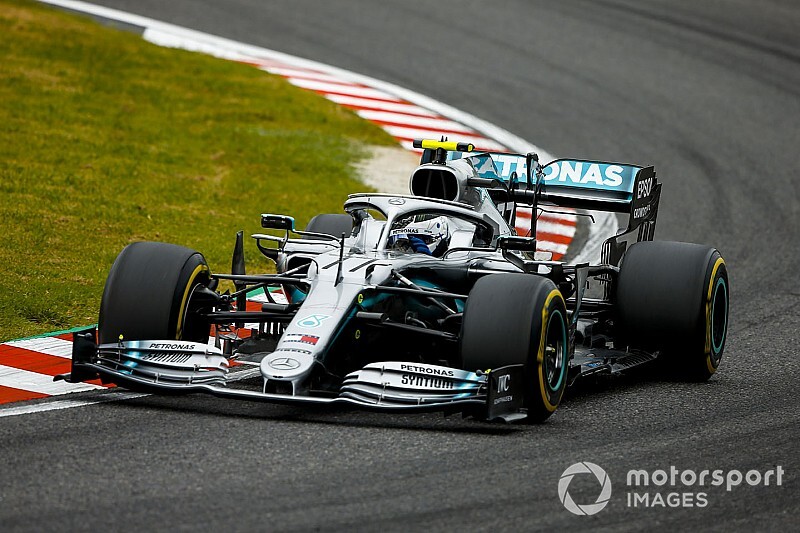 Bottas was preparing to start the first flying lap of his qualifying simulation runs when he looped his W10 through the kink that follows the final chicane.

He continued but could only lap just under half a second down on Mercedes teammate Lewis Hamilton, who set the pace on those first qualifying simulation runs despite having his own effort interrupted by Bottas' spin.

No one else managed to lap faster than 1m28s. Max Verstappen’s Red Bull-Honda was best of the rest, almost three tenths down on Bottas.

The result, coupled with the FIA's clarification that FP2 may determine the grid for Sunday's race, means that Mercedes could be in line to lock out the front row should the rescheduled qualifying not take place on Sunday morning.

Ferrari elected to leave it until the very end of the session for its drivers to do their second qualifying simulation runs.

Charles Leclerc improved from sixth- to fourth-quickest with a lap less than a tenth slower than Verstappen's best that also displaced Sebastian Vettel to fifth.

Vettel was just under six tenths slower than Bottas, while Alex Albon managed to split the Ferraris initially before slipping to sixth, just over six tenths off the pace.

Carlos Sainz continued to lead the way among the midfield runners, his McLaren almost three tenths faster than the Racing Point of Sergio Perez and six and a half tenths down on Albon's Red Bull-Honda.

Toro Rosso's Pierre Gasly left it late to move into the top 10, taking ninth place by 0.004s from Lando Norris, who still made it two McLarens in the top 10.

Renault endured a difficult second session while continuing to evaluate a front wing upgrade. Daniel Ricciardo was only 17th-quickest and Nico Hulkenberg 18th.

Robert Kubica narrowly edged George Russell in the battle of the two Williams drivers, lapping just over half a second off Hulkenberg and 0.155s faster than Russell.