Japanese GP grid could be set by FP2 times

The Japanese Grand Prix grid will be set by results from second practice if Formula 1’s qualifying session does not take place at its revised time on Sunday morning. 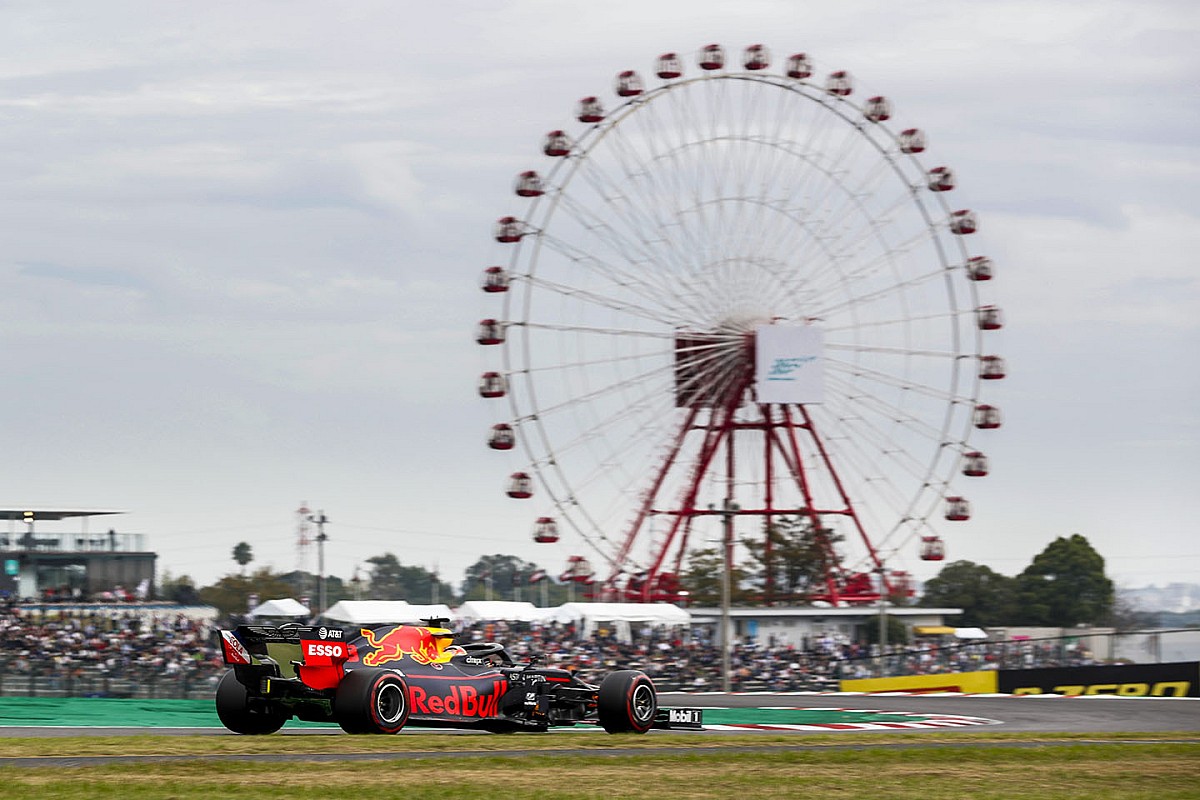 Qualifying has been moved to Sunday because organisers have opted to close the Suzuka circuit to the public on Saturday, when extreme weather conditions are expected to affect the area because of Typhoon Hagibis.

However, the typhoon is likely bring extreme winds to the area and though heavy rain will abate it is expected to linger into the early hours of Sunday.

That makes the consequences of the typhoon very difficult to predict, but it is possible Sunday morning will continue to be disrupted.

The FIA’s sporting regulations do not specify what will happen if qualifying does not take place and as a result, the Japanese GP stewards have communicated a decision on how the grid will be formed ahead of FP2.

They said they will use the authority granted to them in the FIA International Sporting Code to amend the event’s supplementary regulations and establish the grid order based on the classification from FP2, with any penalties applied as necessary.

Traditionally, the 90-minute second practice session features qualifying simulations either side of the halfway mark before teams commit to long runs and race preparation.

Asked if he felt that FP2 would be a pseudo-qualifying sessions just in case qualifying is cancelled – but before the stewards communicated their decision – Ferrari team principal Mattia Binotto said setting the best lap in second practice would not be “the main objective”.

“The main certainly will be to address any setup issues, making sure you are ready for Sunday,” he said.

“Because still the most likely will be to have qualifying on Sunday morning and the race on Sunday afternoon.

“No doubts though, if we can, we will try to do a good lap.”

Haas team boss Gunther Steiner said the cancellation of Saturday’s running, including final practice, meant teams would commit to lots of running in FP2 and have more tyres available as well.

“I wouldn’t say [FP2 will become] a qualification, but a lot of us will try to put a fast time in to prevent if qualifying is cancelled on Sunday morning,” Steiner admitted.
“It will be quite interesting.”

Renault’s Cyril Abiteboul said his team is compromised because it is running development parts on the car during Friday practice that “we still need to understand a bit better”.

Teams also prefer to use older engines on Fridays as well to save the mileage on their race units.

“We are minded to stay with our Friday engine ,which is down on power because it is an engine we were using initially at the start of the season,” said Abiteboul.

“It is costing a little bit but on balance we still believe that Sunday will be decent enough so qualifying can run, so we prefer to stay in line with that plan.”