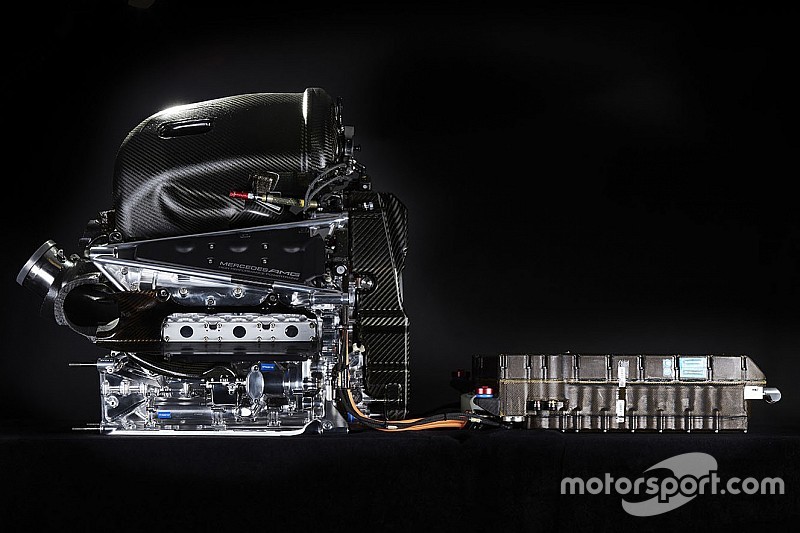 Stefan Johansson, former Ferrari and McLaren F1 driver, has come up a with a template for a radically revised version of the sport he loves. Here is the fourth and final part on what needs to change and why, with Stefan discussing the relevancy of the sport.

Does motorsport need to be “relevant”?

Does anyone know what Formula 1 stands for today? This may be the most important question of all in order for F1 or motorsports in general to survive. In order to be relevant it is obviously important to understand in what context you want to be relevant. In the case of Formula 1, does this mean you must be socially relevant or more relevant towards the fans? Or can both be achieved in a realistic way.

Political correctness has now crept in to every aspect of life. In some cases, it seems that companies are more interested in doing what is perceived to be the politically correct thing, than it is to make a profit or even do what makes good common sense. Everyone is paranoid about not upsetting anyone. Is motorsport about being correct in every way, does it have to satisfy all the various agendas that are currently being promoted through every possible platform by anyone who cares to voice their opinion? Is it even possible to keep everyone happy anymore? I think it’s time to do some serious soul-searching in order to work out what it is that really matters both for the competitors and the fans.

By creating a formula that will be based around a maximum amount of energy, wherever the source is coming from, it could be gasoline, electric, hydrogen fuel cells, kinetic, or something that may not have even been invented yet. I believe this is the one area Formula 1 could really make a difference and lead the automotive world towards a truthful and honest direction in power unit technology.

Instead of following one politically motivated directive it would be better to do the complete opposite and create its own directive, that will by default eventually become the correct and obvious path forward. It will very soon become apparent which is the most efficient alternative based on the principles of thermal efficiency, energy consumption, weight and power output. For the first time in a very long time, F1 could justify the spend of the manufacturers by inventing and creating things we may not even know exist at this point. Unleash all the bright minds that are already working in F1 and let them get creative! Instead of pouring away money on silly aerodynamic tweaks, it could be spent on something that would truly make a difference.

Imagine if someone realized some of Nikola Tesla’s ideas, for example, or a number of other incredibly brilliant concepts that are already out there. Sport is the perfect arena for this as we are talking about competition before a concept is proven. Once it is proven and everyone can see how brilliant it is, it’s hard to put the genie back in the bottle and the world will have to follow whether or not it is in accordance with the politically correct agenda. Whomever comes up with any of these new concepts will be known worldwide for doing something that really made a difference in human history and Formula 1 will again find its rightful place in the automotive world.

Eliminate the importance of aerodynamics

I’m repeating myself here, but it’s important to understand that aerodynamics is the only item that falls under all four categories that are key areas of Formula 1. The fact that aerodynamics is affecting all four categories in a negative way should be a wakeup call. Aerodynamics have the least relevance of anything on a racecar, except making the car go fast. Yet it’s the highest spend by a massive margin for every team (see Economics part of this story), it’s the largest contributor to the lack of competition (see Competition part of this story [[[[xxxxxxx]]]]]) and the entertainment is suffering because of this, yet we just keep on piling on more and more of the same, year after year! Eliminate the importance of aero package and shift the focus to other areas to gain back the speed.

It’s become quite evident that in order to get things back on the right track it will not be enough to continue with small band-aid fixes here and there. In fact, it will only make it worse as history has shown over and over. What I am proposing is based on what I believe is a realistic and objective analysis rather than following a narrative based on a number external factors and political motives – motives that will never add anything to help maintain the popularity or grow the sport in the future. In order for the sport to survive, it is imperative that we all understand that it’s unsustainable in the long run to deviate from the core elements of what made Formula 1 such a huge sport to begin with.

There are a number of initiatives being proposed – adding to the show, bringing the costs down, make the racing less predictable, branding , digital media etc. None of this will make any difference unless we get to the core of the problem, which is the cars and how they are designed. If I may use the analogy of a restaurant, you can do all the slick and fancy stuff, new signs on the front, social media campaigns, celebrities, new menus, etc. but if the food sucks no one will come back or show up in the first place.

If we don’t fix the cars and make them exciting and interesting to watch again it won’t matter what else we do. Once we fix the cars, everything else will fall into place automatically. The tracks will become interesting and challenging again, the racing will be close and exciting to watch, the human component will become at least as important as the technical, and the drama will unfold accordingly.

Formula 1 has always been about brave young men driving these crazy fast cars on the limit, and if we lose that, there is nothing that makes it unique in any way. It will be just as interesting to watch a bunch of gamers racing online. From a driver’s perspective, there is nothing that comes close to the experience when you’re on the limit and decide to take a high-speed corner flat for the first time in order to gain that extra tenth or two, not knowing for sure what the outcome will be – when you’re literally staring at your own soul for that brief moment. Those are the things that every driver worth his salt is craving. They define who you are as a person and go much further than just that brief split second. Everyone who is present at that moment can see and appreciate it, and this is what makes – or at least, used to make – our sport so incredibly different and special compared to most other sports.

Formula 1 should and could write its own rules. It’s a big enough sport to set the directive for anyone who wants to compete in it or follow it. If not, as we can clearly see at the moment, we will end up with a very confusing and complicated product that’s neither here nor there, and no one can fully understand it. We want to see brave drivers on the racetrack, but we also need brave leaders in the boardroom to make this happen.

Azerbaijan GP 2019: What to look out for