Stefan Johansson, former Ferrari and McLaren F1 driver, has come up a with a template for a radically revised version of the sport he loves. Here is the third in a four-part series on what needs to change and why, this time in the nature of F1’s entertainment value. 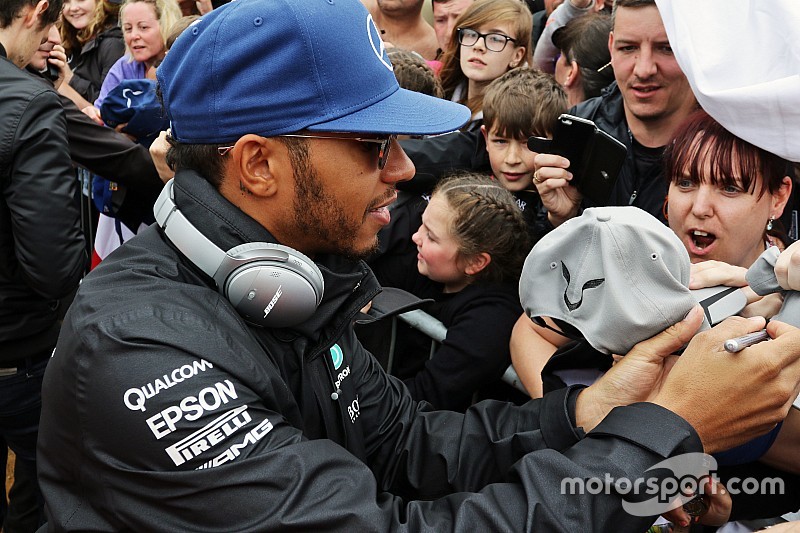 The drivers are the stars and they will always be more important to the fans than the cars or the teams. Every series other than F1 has some form of planned fan engagement either the day before the race weekend starts or for an hour at some point during the race weekends. Make it compulsory for each driver to do a certain number of days as part of the super license. It’s a pain for the drivers but in the long run it will benefit everybody.

Make it mandatory for the promoters, broadcasters and drivers to provide X hours of promotional appearances prior to each race in each country. By forcing / helping each promoter to better publicize the races, each driver will be helping themselves by building a better audience and a more valuable ecosystem. Cross-promote the drivers in other forms of entertainment in order to gain a larger following and new demographics.

By implementing some of the rule changes I have already mentioned in the chapter on Competition, the racing will become less predictable without the use of any artificial devices such as the DRS. The combination of less aero, more power, less forgiving tracks, fewer driver aids and longer pitstops will all contribute to more human errors and will not only make the racing a lot more interesting to watch but it will also sort out the good from the average.

By definition, the more well engineered a car is, the less chance of something unpredictable to happen as it makes the life of the driver much easier. By eliminating some of the electronic aids and making the cars have significantly less downforce, this will automatically help make the races less predictable.

By enforcing the track limits there will be more occasions for drivers to make a small mistake which is often all a following driver needs in order to make a move that would otherwise be impossible. The reduction in downforce will help the car following to stay much closer to the car in front, and as such he will be able to get a run on his target from the exit of a corner without having to rely on DRS to pass on the following straight.

It's no coincidence that some of the best races we’ve had in recent years have come when there have been changing conditions, usually unexpected weather, thus making it difficult for the engineers to model the race strategy to the nth degree in their race simulations. We won’t be stuck with “he’s now in the DRS zone” or “will he do an undercut or an overcut” which it is pretty much what it’s reduced to at the moment.

Bring back the “awesome” factor

F1 should be defined by one word – AWESOME! With these proposed rule changes, we will arrive at a point where we will again have some beautiful and spectacular looking cars that will also sound great.

Make bravery one of the tools that count in a driver’s arsenal, and allow the drivers who are willing to stick their neck out to gain a couple of extra tenths in a high-speed corner do so, and let the fans enjoy that show! The massive reduction in downforce will visibly show the car control of the drivers as opposed to the current cars which are on “rails” all the time. We will have talking points like “top speed around 400kph” and “1300-1400hp” Power Units, which to anyone is awesome and it will get people’s attention.

It’s difficult to explain that F1 is the ultimate in motorsport when we have a number or regular road cars today with similar power and top speeds. How do you explain why F1 is the ultimate when you can buy a Jeep truck with 800HP for less than $100,000?

“Well, the F1 cars have a huge amount of downforce which means they are really fast in the slow and medium speed corners…and because they are so fast in these corners they have had to reduce the power in order to slow them down. And because the cars have so much downforce it’s made it very difficult to follow another car which makes overtaking really difficult, so to fix that we came up with this idea called DRS. This is a really clever device that that the engineers who design these cars came up with, that the driver following another car can use when he wants to overtake the car in front. There is nothing the driver in front can do at that point to defend himself, but it’s supposed to spice up the show.”

Not a great or easy explanation for someone who is trying to understand the sport. Any time you have to explain why something is great, you’re already in trouble: this is why we need to simplify everything so that anyone can immediately see and understand that this is really awesome!

How simple would it instead be to use the formula of Less Aero/Lower Cornering speeds/More Horsepower/More Acceleration/Higher Top-speeds/Longer Braking distance/ More Passing/More Visible Car Control? No one understands or can appreciate downforce, you can tell them the cars produce 5,000kg of downforce or 50kg, most people wouldn’t know the difference between that and a bar of soap. But everyone understands 1,400hp and 400kph top speeds – and is immediately impressed.

Improve the broadcast and the graphics

I find it very difficult to follow any race and fully understand the dynamics of what is happening especially once the pitstops have started. The graphics and the information you get is very limited and quite poorly presented. It has gotten better this last year (at least in the U.S. now that we see the Sky broadcast) but there is still a massive amount more that could be done to keep the viewers better informed of what is going on.

I don’t think you can have too much info or data displayed, anything that will keep the viewer better informed is a plus. The teams already look at a lot of interesting data so a lot of the information is there and just needs to be presented to the audience so they can better understand what’s happening.

With the emerging Drone technology it would be possible to show a completely different view of the cars and how a battle between different cars transpires that will add a whole new element. I’ve seen some prototype footage of this already done at some minor events, and it’s a completely different experience than with fixed cameras. This is one area that I believe could really be a game changer for the viewing experience.

Create a huge prize-money fund that is transparent and official

As I have already outlined, allocate a large portion (30-40%) of the total pool of funds from FOM as prize money rather than a guaranteed amount before each season starts. This is a common management tool to align incentives with performance.

Money talks and people are always curious when there’s big money involved in anything. If Mayweather was fighting for a few thousand dollars each match, no one but the absolute die-hard boxing fans would bother tuning in, but because it’s tens of millions at stake, everyone is curious of the outcome, even people who don’t like boxing. This is human nature.

As it is, not many even know what the prize money is in F1, only the diehard fans have some idea what each team get before the season even starts, based on an incredibly complicated payout schedule. If we use the already mentioned formula of $200,000 per point, the prize money for each race would be: