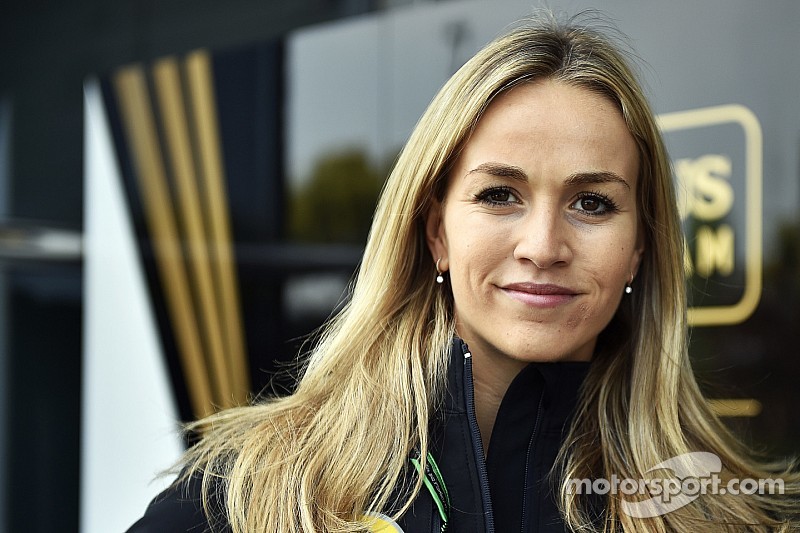 Lotus development driver Carmen Jorda claims she is preparing to make her Formula 1 test debut with the team "in the coming months."

The 26-year-old's appointment at the Enstone-based outfit has been controversial, with many observers arguing it the move was driven by financial necessity rather than a serious effort to groom her as a future Grand Prix star.

But Jorda, who failed to score points in three seasons of GP3, is quoted by Germany's Welt newspaper: "My aim for this year is to drive the E23 in the coming months.

"I will prepare for it in the simulator. It is planned that I will do at least 20 days before I go into the car," she added.

It is well documented that Jorda disagrees with fellow female test driver Susie Wolff on the subject of Bernie Ecclestone's idea of an all-female F1 series.

The Spaniard argued the very fact that women have never succeeded in F1 is evidence that they should not be competing head-to-head with men.

"What about Serena Williams against (Roger) Federer," Jorda told AFP news agency, drawing an analogy between motor racing and tennis.

When told about Jenson Button's claims that there is "no reason" women cannot race in F1 against men, she concluded: "What's going to happen? Ask him this next time!"

Mercedes driver spat: Why Lewis Hamilton is loving this