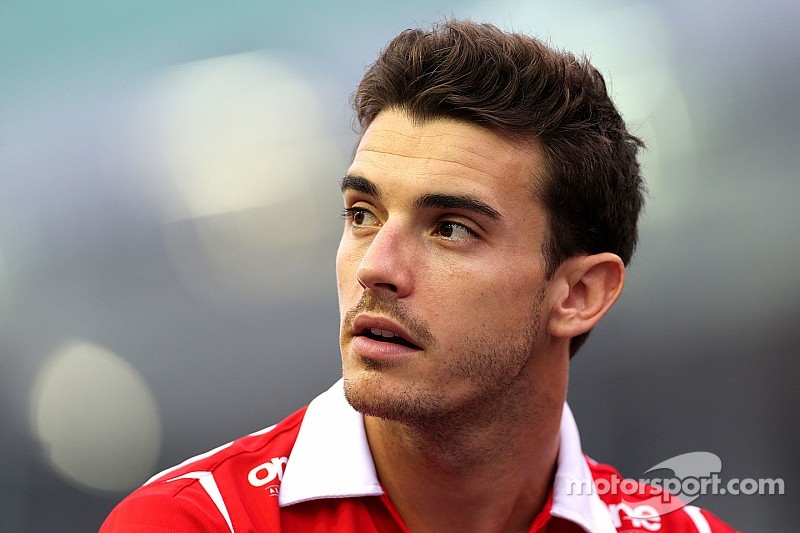 Philippe Bianchi, the father of injured Formula 1 star Jules, has spoken candidly in an interview about his son's ongoing fight and how it is affecting his family.

More than six months after Bianchi's horrendous crash into a recovery vehicle during the Japanese Grand Prix at Suzuka, which caused severe head injuries, the 25-year-old Frenchman remains in a coma in his native Nice.

"Our universe collapsed on 5 October 2014," said Philippe Bianchi. "The questions that no one can answer now are about life prospects: will he make it? If so, will he be disabled or can he live normally?

"I think that in this type of accident, it shocks more than an actual death. The pain is endless. A daily torture.

"To those people who think of him, I want to thank and tell them that we will give news when there is any, good or bad."

Bianchi Sr said he agreed to a new interview with the local Nice-Matin newspaper "out of respect for all the people who continue to send Jules their beautiful wishes, encouragement and affection every day".

But he admitted there is little to report about Jules' medical progress.

"The only thing we can say is that he's fiercely fighting as he always did, before and after the accident," said Philippe.

"Every day, Jules is running a marathon. From a medical point of view, his condition is stable. He is quite autonomous – no physical problems.

"All of his organs are working without assistance. But for now, he remains unconscious."

Asked if the neurosurgeons in Nice have noticed any improvement in Bianchi's brain state, Philippe answered: "For this kind of trauma, we know the evolution is very slow.

"But compared to what the Japanese professor who operated on him in Yokkaichi told us, it is already night and day. There, when we arrived to see Jules with his mother, there was no hope. There was talk of irreversible lesions.

"It was said he could not be transferred before one year, but it was done after seven weeks, as Jules quickly began to breathe again on his own.

"Now, the doctors tell us there is no specific intervention they can do. Most important is to stimulate Jules so that he feels a constant presence at his side.

"So we take turns every day – his mother, his sister, his brother and me. He also has his German girlfriend, Gina, who lives here now."

"Sometimes he is more active"

Bianchi Sr revealed that Jules does show some signs of movement, but it is impossible to know what is triggering it.

"From time to time at his bedside, we see that things are happening," he said.

"Sometimes he is more active, he moves more, squeezes our hand – but is it mere reflex or is it real? Hard to know.

"He's moving forward. So we hope for a new evolution. The next one would be for him to get of his coma."

Sauber under no illusions about constructors' position