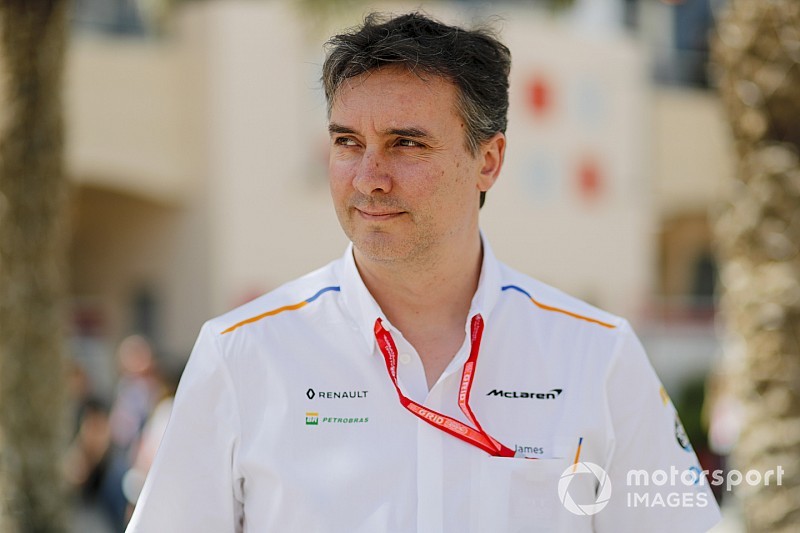 James Key will make his first appearance as McLaren’s new technical director at this weekend’s Bahrain Grand Prix, after finally joining the team this week.

The former Toro Rosso technical chief was signed by McLaren last year, but was only released from his contract recently following lengthy negotiations regarding his contract.

Having finally started work earlier this week, McLaren has elected to pull him straight into action, so he will be present in Bahrain this weekend.

McLaren driver Carlos Sainz, who previously worked with Key at Toro Rosso, said he had already had a lengthy chat with him.

“I had lunch with him,” said Sainz. “He started this week so I was in the factory also with him. I had a simulator session and he was part of the debrief session, and we started talking.

“He has started meeting a lot of new names, like I had to meet at the end of last year, and he is a great asset to the team.

"I have a great relationship with James from our Toro Rosso days so it is nice to see an old friend in a new environment. So he is going to be a great asset I think.”

Sainz was clear, however, that Key’s impact will probably only be felt in 2020.

“He is going to have a quick impact on hopefully next year’s car,” added the Spaniard. “This year is more about procedures, how the team works, learning about this year’s car.

"That learning process will give him a good baseline for next year. This year it is difficult for him to have any kind of impact because he has just arrived basically.”