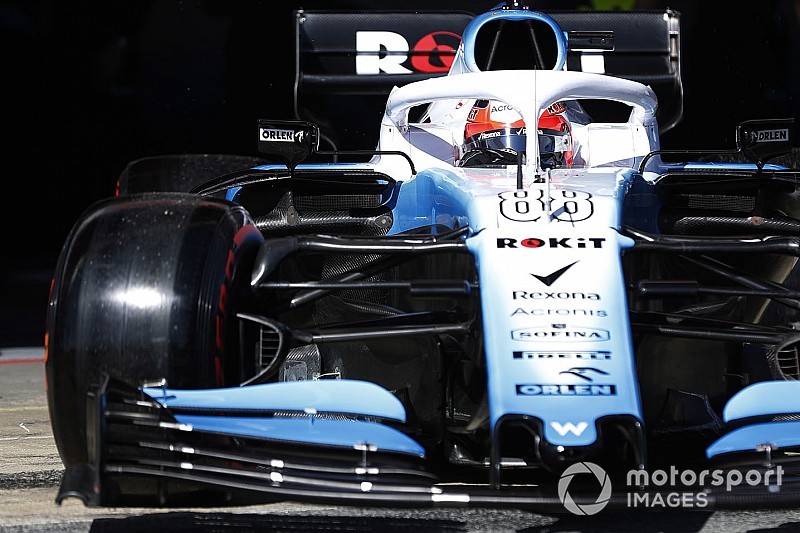 Williams driver Robert Kubica believes he is only “20 percent” prepared for the first race of the 2019 Formula 1 season.

Kubica is set to make his return to grand prix racing in two weeks' time in Melbourne, having recovered from a major injury that had caused his initial exit from the championship in 2011.

But Williams' preparations for the upcoming campaign have been compromised by its FW42 being delayed, and the Grove-based team ended the pre-season in last place in both laptimes and mileage.

Kubica managed 268 laps – fewer than any other driver on the 2019 grid – in his three days in the car during the Barcelona test.

“That's the situation, I cannot change it,” Kubica said. “I have to make sure we are doing everything what we can, from my side.

“Coming back after eight years, probably I know 20 percent of the things that I should know before going to Australia.

“The rest is unknown. I haven't done longer than 15 laps long run.

“There is a lot of question marks. But that's the reality, we cannot change it.”

Kubica was particularly frustrated by how his Barcelona programme ended as a lack of spare parts held Williams back on the final day.

This came as a disappointment after he'd been boosted by a strong stint on Wednesday, which he described as “one of my best runs in a Williams car”.

“My last real run when I feel the car well was [Wednesday] afternoon, first run, when the car did things which I was surprised [by], a really nice surprise.

“So I get up really a lot of confidence, but since then my confidence disappeared, because the car was not in the right state.”

Asked to name a realistic target for the Australian Grand Prix, he quipped: “First of all we have to make sure the car stays in one piece.

“Because the reality is, my test ended after the first run in the afternoon [on Wednesday].

“The rest, I have to forget how I drove and what I felt.”

Teammate George Russell reckoned the FW42 had made “a big step” since debuting in Barcelona, but Kubica was not certain about the gains.

“There were some positive things, but it's difficult to say it moved forward when actually you are staying in the garage, or you are running the car which is not in the configuration it should be.”

Asked whether Williams could be forced to treat the first grands prix of 2019 as further test sessions, rather than proper races, Kubica conceded: “Unfortunately, I think yes.”

Hamilton has little good to say about 2019 F1 tyres